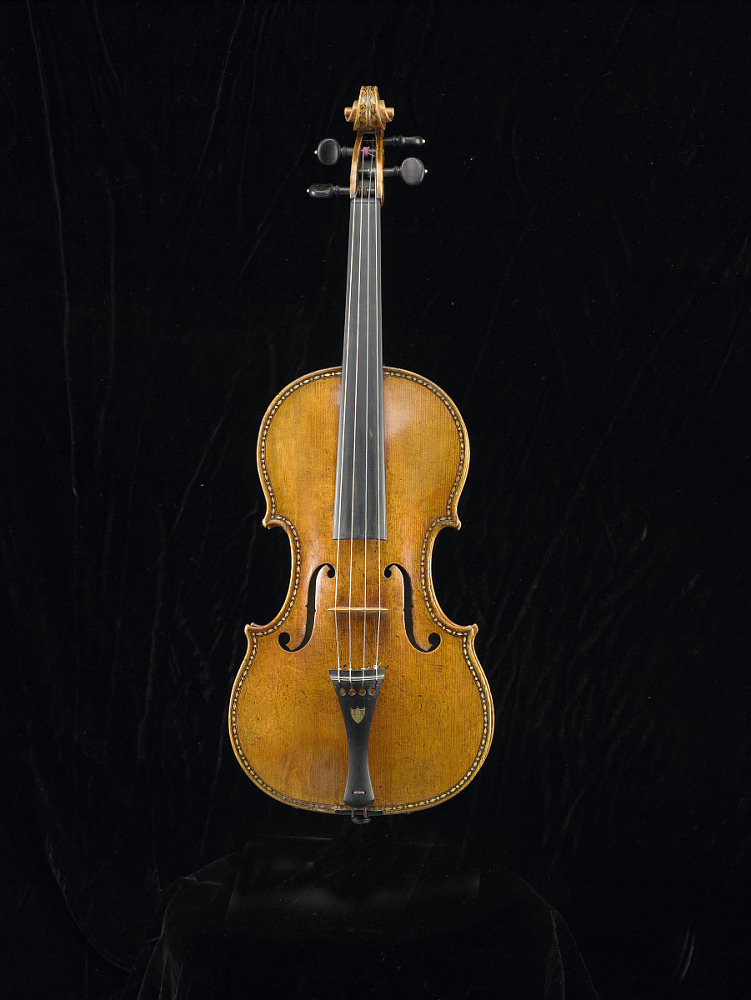 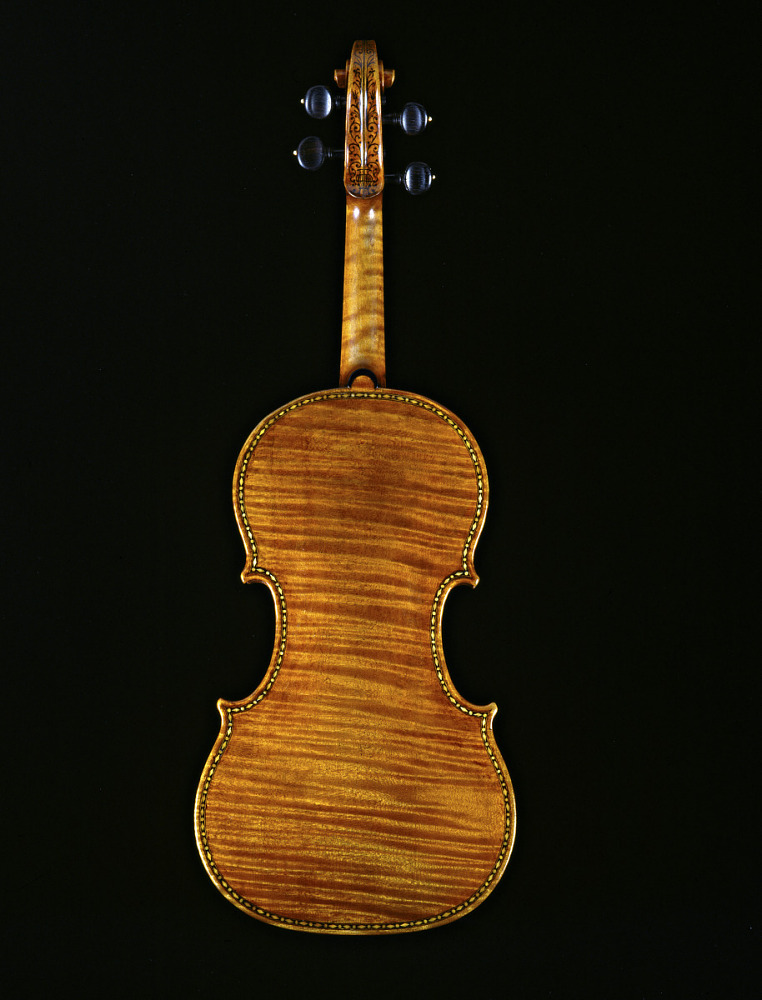 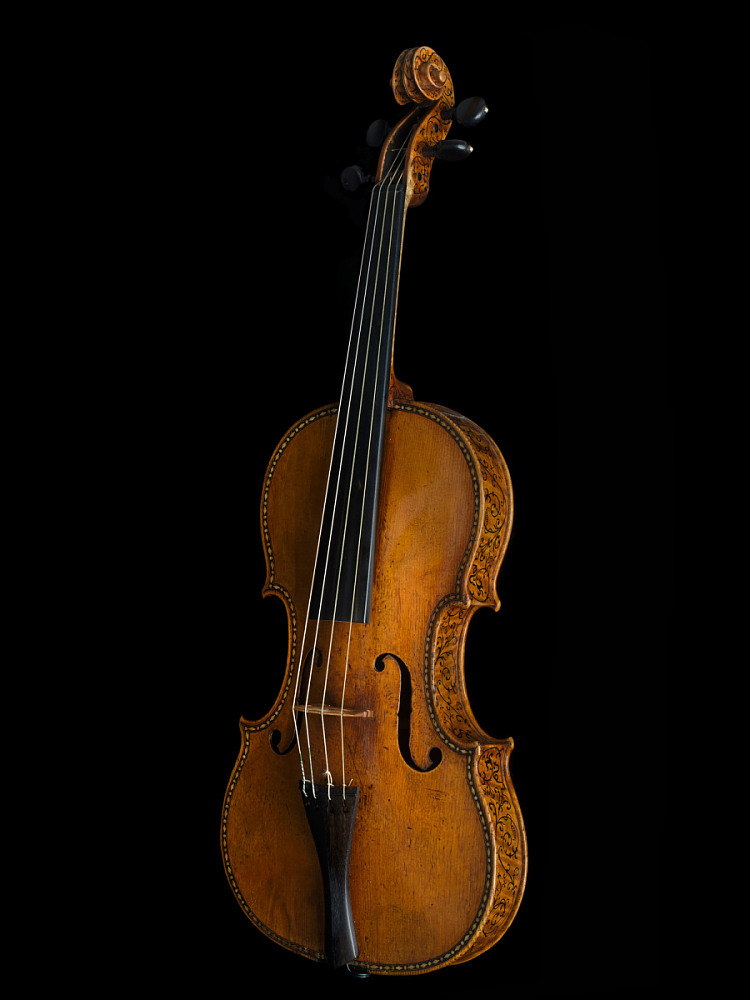 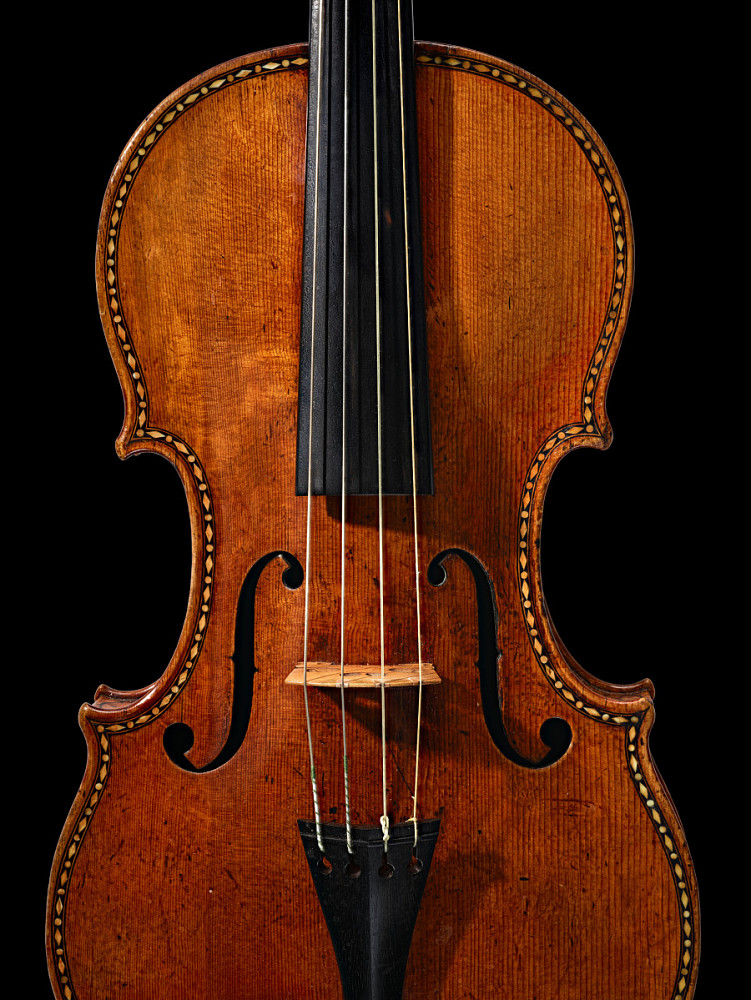 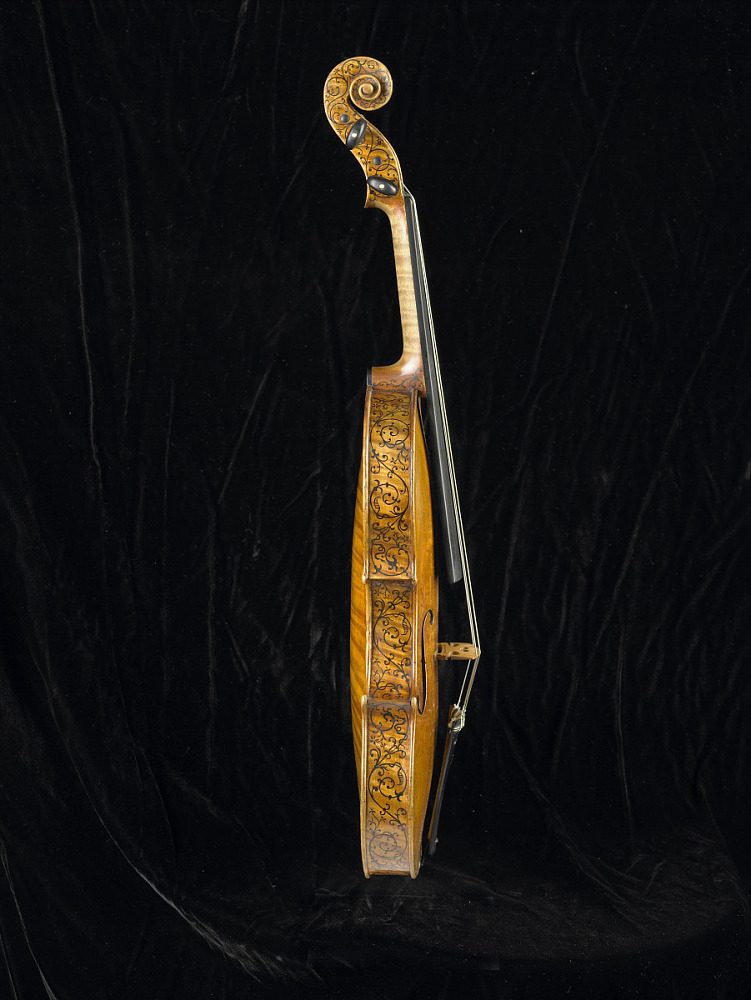 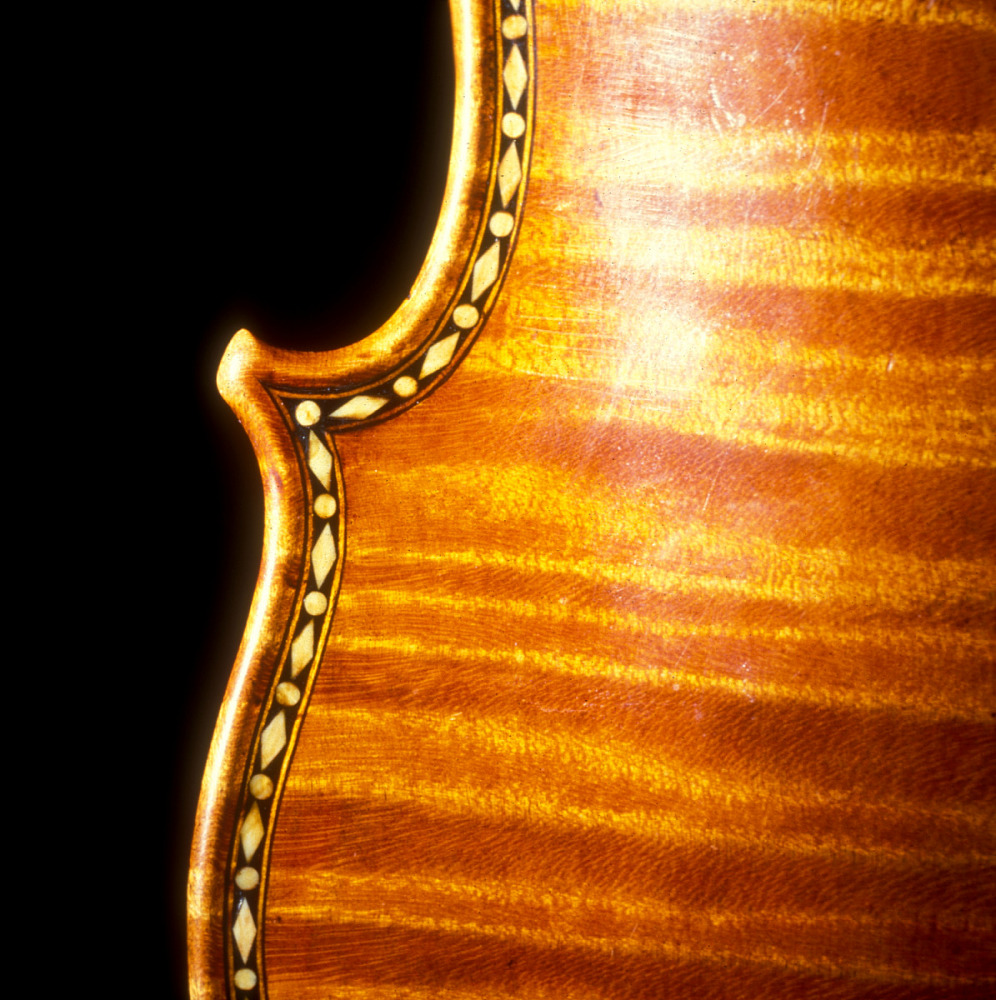 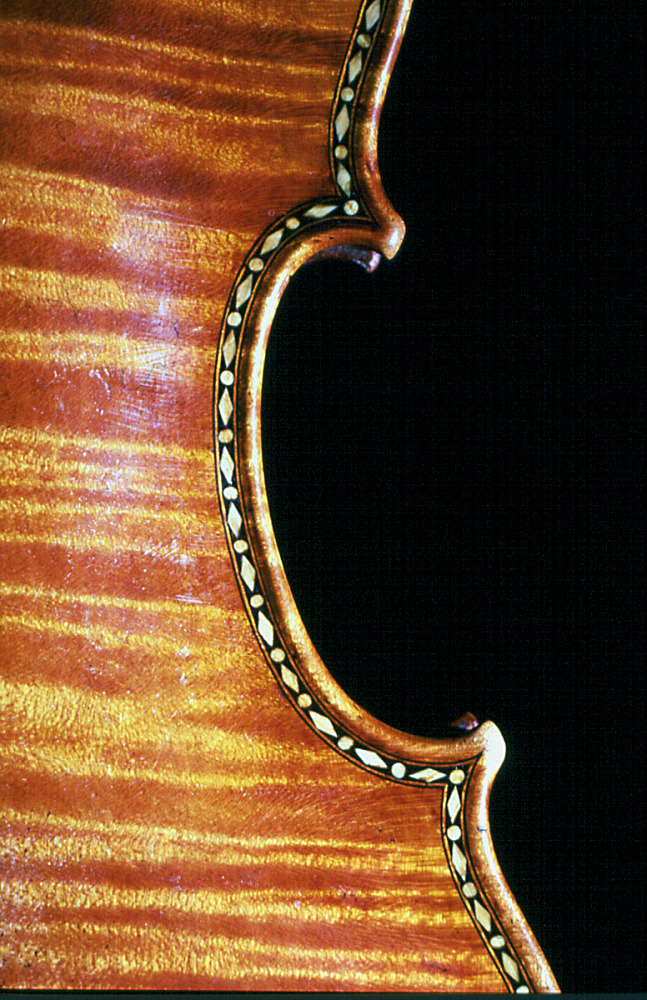 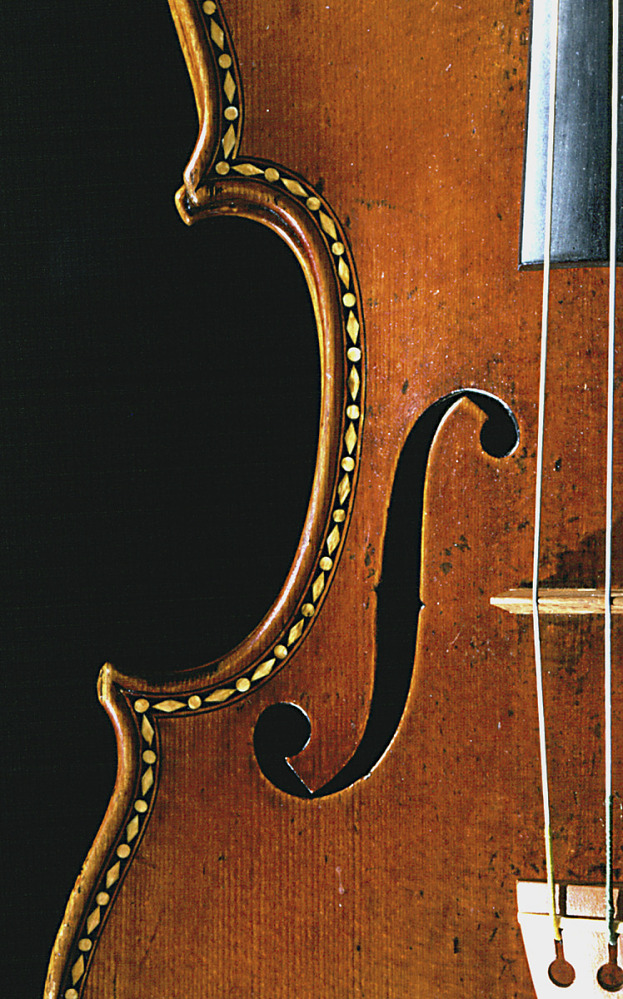 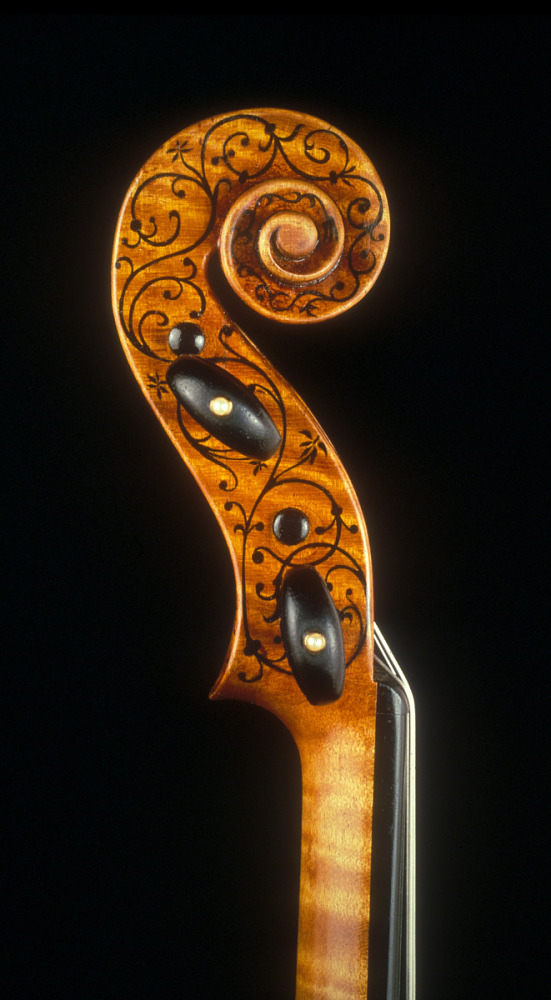 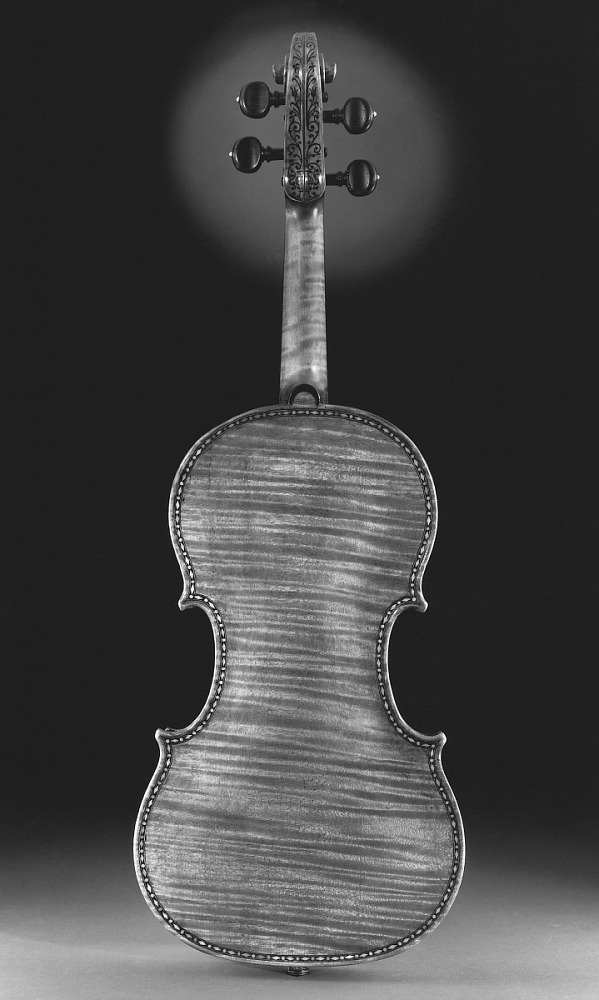 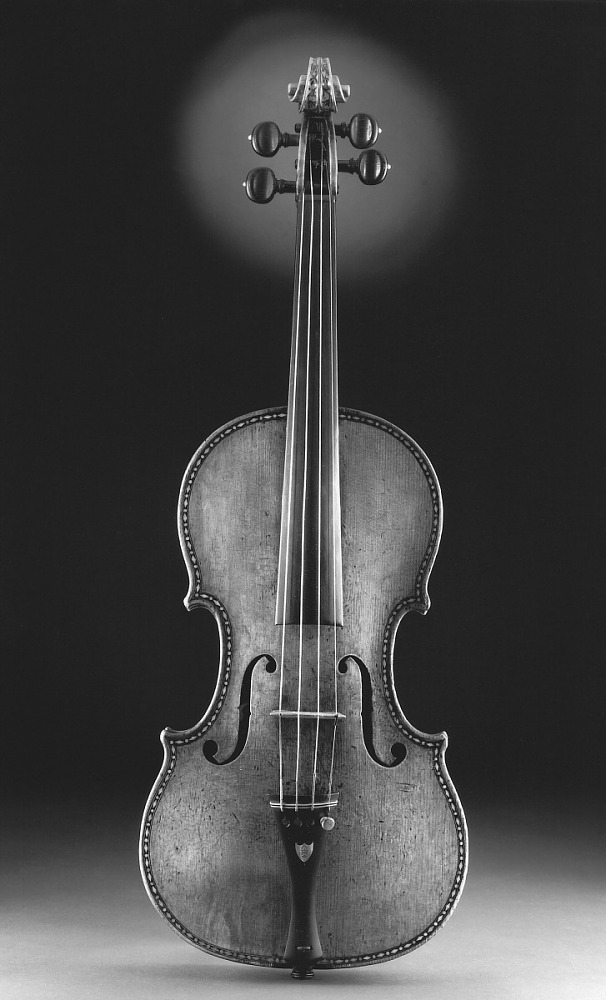 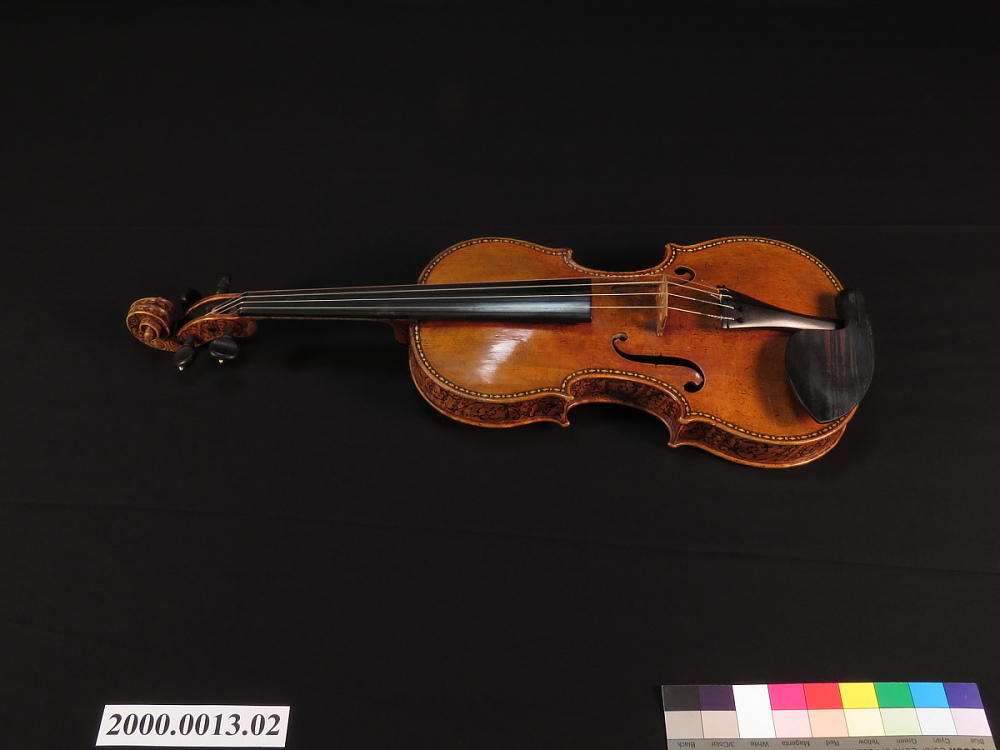 This violin was made by Antonio Stradivari in Cremona, Italy, in 1687. It is the Ole Bull violin made of a one-piece table of spruce with even medium fine grain broadening toward the treble side, one-piece back of maple with beautiful broad descending figure slanting from treble to bass side, ribs of similar maple, modern maple neck terminating in the original pegbox and scroll of similar maple, and golden brown varnish. This violin has an original printed label:

A brief history of the Ole Bull is cited in this excerpt from a letter in 1926 to Paul Kochansky from Alfred Hill, of W. E. Hill & Sons, the highly respected British firm of violin dealers and experts.

The history of your Stradivari violin is, as far as it is known to us, as follows:-
It was brought to England by Ole Bull, the violinist, who stated that he had bought it in Budapest, and from him it passed into the hands of John Hart who sold it to Mr Chas. Plowden, a well known amateur in his day, in 1861; on his death, in 1867, the Plowden Collection, which consisted of four “Stradivaris” & four “Guarneris”, was dispersed and your violin passed into the hands of Mr Joseph S. Hulse of Cheshire. On his death, in 1883, his instruments were sold by Public Auction and your violin was purchased by our late Father for £500 (five hundred pounds). It was then sold by us to Mr Chas. Oldham of Brighton, an enthusiastic amateur who possessed a superb quartet of Stradivari instruments, possession of which he retained until his death, stipulating in his Will that they should be offered to the British Museum: this was duly done but the Authorities decided that Musical Instruments were not fit objects for the Museum, so the acceptance thereof was refused. This violin came back into our hands and was sold by us to your late Father-in-law.

Paul Kochanski’s father-in-law presented the violin to him, and he played on it for the rest of his life. His estate sold it through the Wurlitzer Company of New York City to Mr. Samuel Fels of Philadelphia for his protege, violinist Ira Briselli. He later sold it to a very good amateur who played on it for several years until it was acquired by Jacques Français and sold to David Lloyd Kreeger of Washington DC. In 1981 it became the property of Herbert Axelrod as a companion to his Stradivari Greffuhle violin

Ole Bull (1810-1880) was a celebrated violinist and seminal figure in Norwegian music. After developing violin skills during his early years in his hometown of Bergen, his reputation secured him concerts throughout Europe. His technical facility led Schumann to regard him as at least Paganini’s equal, and with his enormous personality, Ole Bull dazzled his audiences. Americans were particular smitten by his performance tours, first in 1843 and again in the 1850s. A democrat and Romantic adventurer, he became involved in the creation of an utopian New Norway in Potter County, Pennsylvania, in a town to be named Oleana. However, in 1853, after just one year, the project collapsed. He continued to perform with undiminished success, and spent winters in America and summers in Norway for last ten years of his life.

There are a set of technical drawings of the Ole Bull violin by David Gusset, and a compilation of measurements by Gabriela Guadalajara available from the collections files. Computer Tomography (CT) scans were made of the entire instrument, courtesy of Bruno Frohlich, Museum of Natural History, Smithsonian Institution.

The Ole Bull violin is part of The Herbert R. Axelrod Quartet of Decorated Instruments by Antonio Stradivari, consisting of the Ole Bull violin,1687; the Greffuhle violin, c.1700; the Axelrod viola, 1695; and the Marylebone violoncello, 1688.

I recently acquired an Ole Bull stamped at the heel. It is in extremely good condition appears all original. In my research to identify how old it might be I looked at as manny photos I could find. I found only one photo that matched this appearance. It appears in an 1892/93 catalog advertisement from Marshall Fields Dept. Store in Chicago. It is listed as a German made dull finish Ole Bull Strad copy. PICTURE AND DESCRIPTION are spot on! There is no inside label, but all indications point to it being a workshop product. The workmanship however is outstanding! I temporarily put on strings and a used bridge to get some indication of it's sound. The sound was encouraging enough for me to now do a proper setup. I hope this information may help someone else in finding some historical information about their Ole Bull.

I have an ole-bull violin that belonged to grandma who passed away in the 1950s at age 99. on the base of the neck it is indicated "germany" that does not make a lot of sense to me. can anyone give me any info on this type violin, age, etc.

If the internal label is intact that will tell you a lot. Even if it appears plain a person specializing in books and printing could tell you how old the paper label is or narrow the years by the ink or inking style. You also mentioned it was stamped, the kind of stamping technique can have indications of age. For instance, if it was hot stamped you might be able to tell if the stamp was handmade by perhaps the letters not being perfectly level. Your best bet would be to bring it to a luthier for a tune-up and ask if they can inspect and make notes about construction, wood types, and any miscellaneous notes. (Also you might want this insured so ask for an appraisal too.) I would also inspect your family photos, your Grandmother was probably very proud of this violin and may have it in a photo or two. Another method is if you know when she started playing, for instance age 6, she wouldn't have started with a full-size violin and you might be able to estimate the age she would have bought a full-size violin.

Many many violins have a Stradivarius label in them, but that doesn't make them Strads. There's an article here about it: https://www.si.edu/spotlight/violins/stradivarius If yours has a "Germany" stamp on the back, then it is certainly not a Stradivarius. I think those stamps were only applied to instruments after 1910 or 1920? It will still be worth something, but not the millions that a true Strad would fetch :)

I heard that Stradivarius instruments need to be played every so often. Dowe anyone play these?

Yes, the Smithsonian Chamber Music Society was created to feature our collection of historic instruments and bring them to life. For more information see http://www.smithsonianchambermusic.org/about.

"I have an 'OLE BULL' violin, is asmuch as his name is stamped on the back of the fiddle, below the heel. Inside the name Antoio Stradivarius on a paper label. Of course... that this is Not a Strad, and OLE BULL never saw or played this violin, but it sounds lovely and rich. The important thing for me about this OLE BULL fiddle, is that it was my introduction to OLE BULL, his life and his music. Watch the OLe BULL documentary on youtube!"