Tony Price, atomic artist playing the atomic gongs with "Revelations Nine" in front. All materials were purchased from a scrap yard, leftovers of the weapons energy system at Los Alamos, birthplace of the atomic bomb. Tom Law assisting on the guitar. El Rancho, NM. 1970

Tony Price, atomic artist playing the atomic gongs with "Revelations Nine" in front. All materials were purchased from a scrap yard, leftovers of the weapons energy system at Los Alamos, birthplace of the atomic bomb. Tom Law assisting on the guitar. El Rancho, NM. 1970 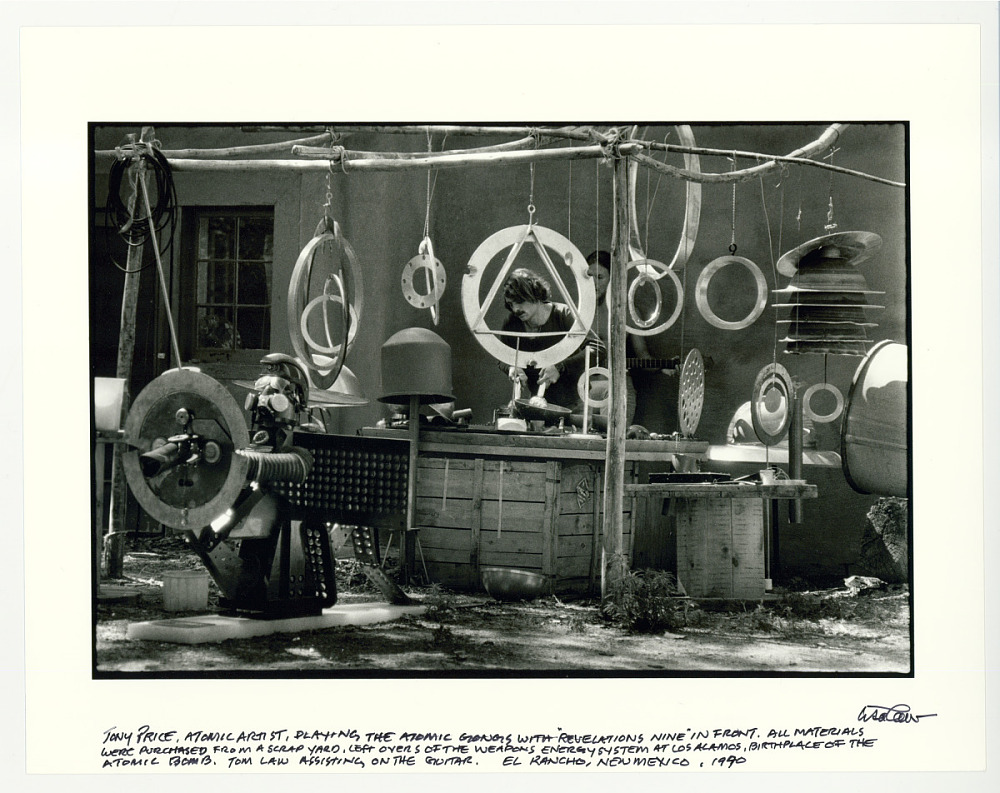