Hugh Romney (AKA Wavy Gravy), during the Frog Race at the Hog Farm. Llano, NM 1969. With Tzingee, Tom Law, and Steve Watson back left.

Hugh Romney (AKA Wavy Gravy), during the Frog Race at the Hog Farm. Llano, NM 1969. With Tzingee, Tom Law, and Steve Watson back left. 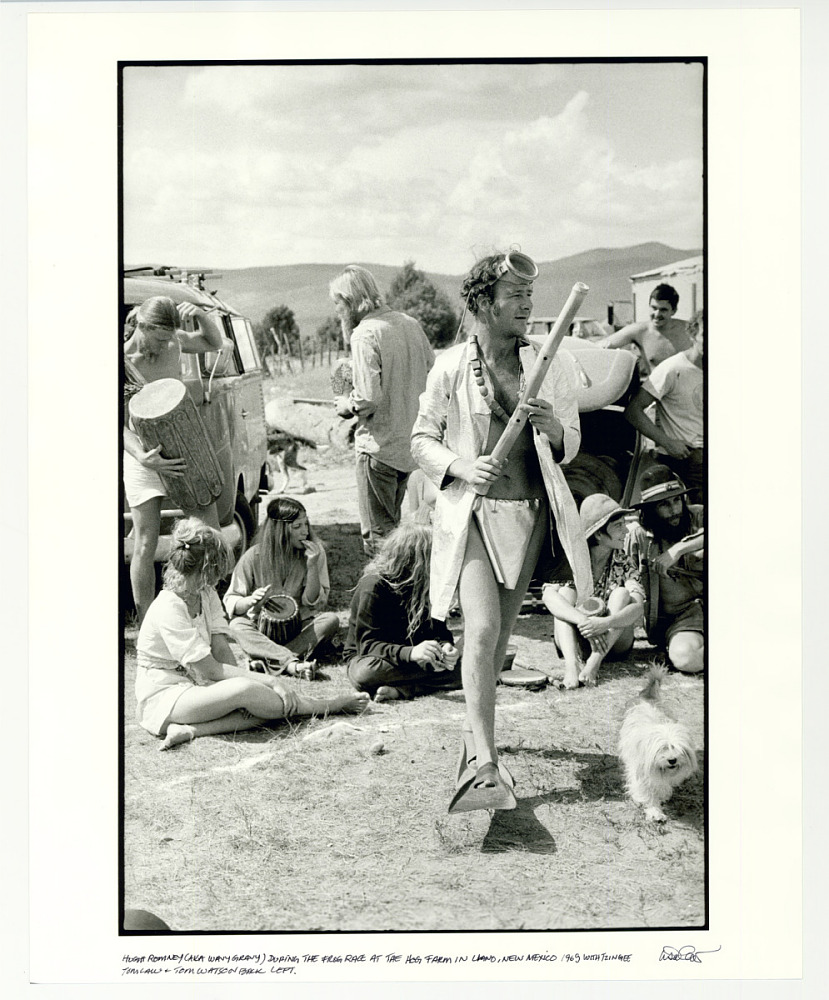