Robin Melville and children in front of her humble home, Pyramid Lake, Nevada. May 1967

Robin Melville and children in front of her humble home, Pyramid Lake, Nevada. May 1967 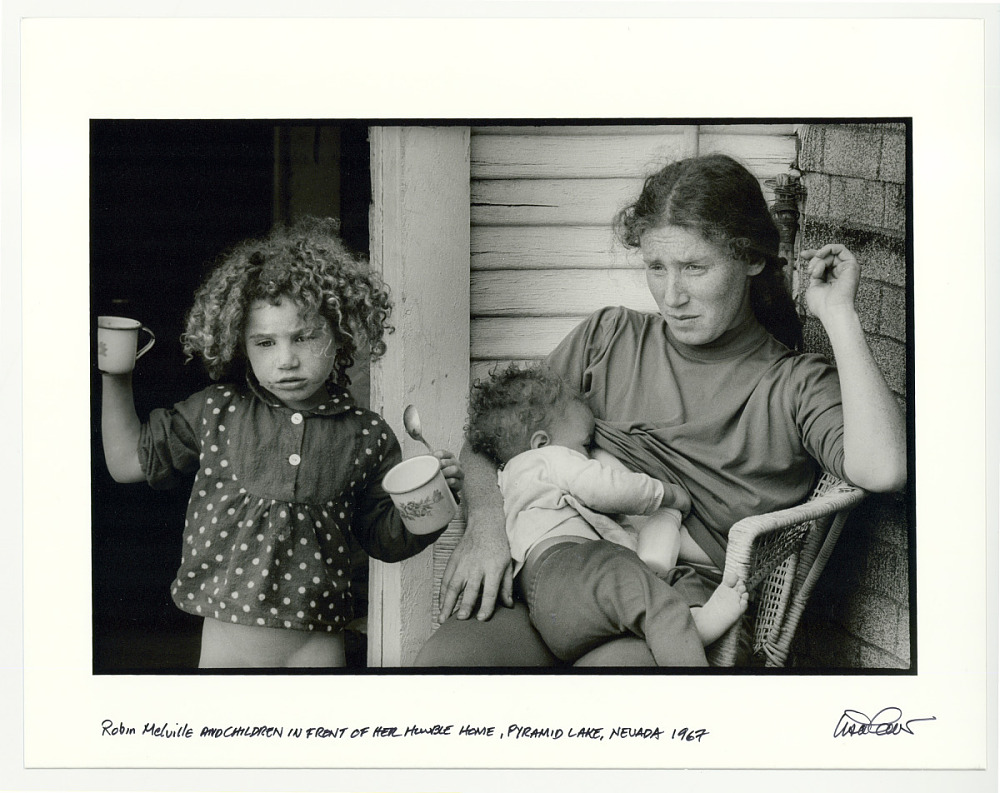