Fifty-seven years after winning the vote, over two thousand delegates gathered in Houston, Texas, in November 1977. The federally funded conference was the most purposely diverse and demographically representative group ever assembled in the United States. Each state sent delegates to debate proposals promoting equal rights and ending discrimination toward women that they would send to the president and Congress for action. While the white participants held diverse, sometimes opposing views, for many, it was the first time they met and talked at length with women of color with life experiences different from their own. They expected disagreements between liberal and conservative delegates, but many did not anticipate the issues of poverty, education, employment, and safety that were priorities for feminists of color. American Women on the Move

The official poster for the conference was designed by Dottie Erwin. It featured abstract images of women, reflecting the diversity of participants.

To Form a More Perfect Union

African American poet Maya Angelou linked women’s rights activism past and present with her poem “To Form a More Perfect Union.” It acknowledged history’s “positive achievement to inspire us and the negative omissions to teach us.” The poem committed participants to honor the famous and unsung, recognize the challenges that others face, and seek justice for all women. Maya Angelou read her work, signed by the runners who carried it, at the conference’s opening ceremony in Houston.

Approximately two thousand runners relayed the torch and Maya Angelou’s poem 2,610 miles from the site of the 1848 Seneca Falls Convention in New York to Houston. They symbolically passed the torch from the suffragists to a new generation of women’s rights activists. 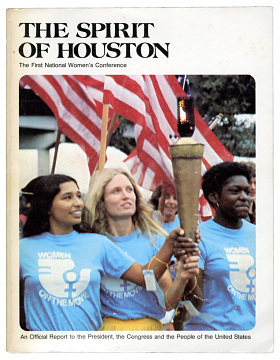 Sylvia Ortiz, Peggy Kokernot, and Michele Cearcy, who ran the last leg into Houston, were featured on the cover of the convention’s final report, The Spirit of Houston.

The leaders of the National American Woman Suffrage Association (NAWSA) would have been appalled, but the story of Alice Paul and her White House pickets struck a chord with the new generation of activists. Conference attendees could buy reproductions of the “Jailed for Freedom” prison door pins awarded to women imprisoned for participating in suffrage demonstrations from 1917 to 1919. This original pin was awarded to Lucille Calmes. Alice Paul tracked the progress of the ERA with charms engraved with the date a state voted for ratification. The National Women’s Conference was the first chance for members to meet across state delegations. Women of color worked in special evening caucuses to ensure that their concerns, including poverty, Native American tribal rights, language barriers, involuntary sterilization, and immigration, would be heard. They produced a stronger version of the brief “minority plank” proposed by the conference leadership and demanded attention to the double burden of racial and gender discrimination. It passed with strong support. 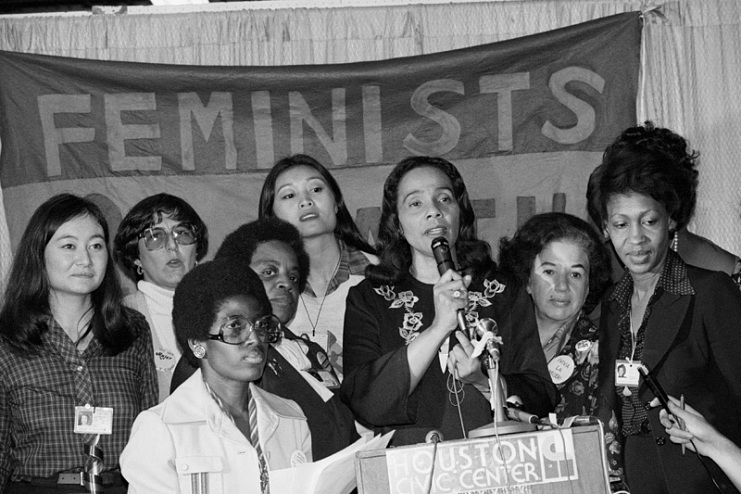 A Plan of Action Poster, "The Nation's Blueprint for Equality" These buttons from 1977 National Women’s Conference include one worn by lesbians seeking to reclaim the term “dyke” from being used as a slur.

The Authority of Memory and Creating New Icons

Congresswoman Bella Abzug sponsored the congressional legislation funding the conference and served as its presiding officer and public face. She forcefully linked the goals of the conference to earlier women’s rights conventions by using, and accidentally breaking, a reproduction of Susan B. Anthony’s ivory and rosewood gavel during the meetings. 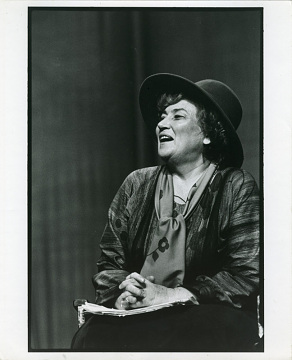 Hats were Bella Abzug’s trademark. She wore this one during the conference. This reproduction of Susan B. Anthony’s gavel was broken by Bella Abzug during the conference.

Conservative delegates inside the arena and conservative protestors outside the arena battled over gay rights, abortion, and the ERA and were an irresistible focal point for news coverage. This cultural and political divide would grow wider in the years following the conference. 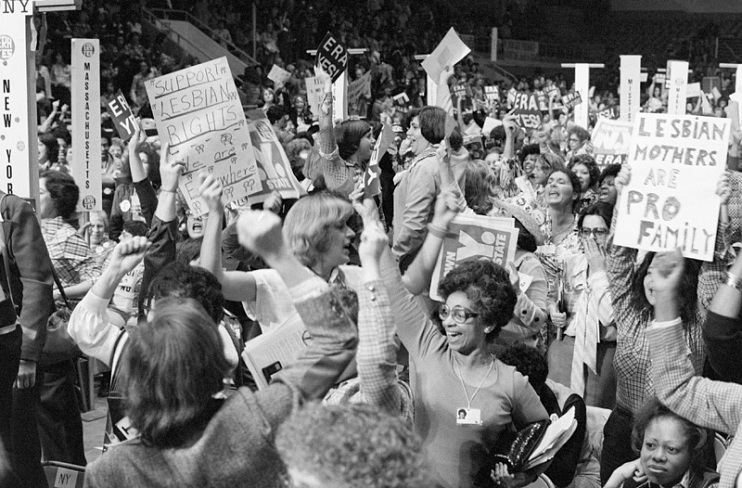