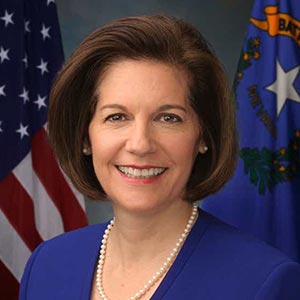 “Like women all over the country, I have benefitted from those who worked so determinedly to expand the possibilities for women in politics.”

We learn so much from looking backwards. Nevada owes a tremendous amount to its iconic pioneers for women’s rights. The first proposals to amend the Nevada constitution to allow women to vote came in 1869, although it took until 1916 for the state to enact that amendment. Key to winning the suffrage for women in Nevada was Anne Henrietta Martin, who opened doors for women in the Silver State and beyond.

Anne Martin grew up in Reno, the daughter of a Nevada state senator, and earned a master’s degree in history at Stanford before founding the history department at the University of Nevada. She took a leave from teaching to travel and study in Europe and Asia, and during this time she became interested in politics and feminism. She was even arrested in London at a protest in favor of voting rights for women; future president Herbert Hoover, who was married to Martin’s college friend Lou Henry Hoover, bailed her out.

Returning to Nevada in 1912, Martin became a powerful activist for women’s suffrage, criss-crossing the state to make the case for the vote for women. In 1918, Martin became the very first woman candidate for the United States Senate; she came in third in her election. She ran again, unsuccessfully, in 1920. At the time, she said of her candidacy for Senate, "even if I should not win, it will never seem so strange when a woman tries it." Her tireless advocacy for the vote played a role in the passage of the Nineteenth Amendment in 1920.

My own career has taught me that every first—every Anne Martin—helps pave the way for others. Like women all over the country, I have benefitted from those who worked so determinedly to expand the possibilities for women in politics. And as the first Latina in the U.S. Senate, I feel a responsibility to open the door wider for those who follow.

All over Nevada, women are opening doors and breaking glass ceilings. We have the first majority-women legislature in the nation. And those women reflect the beautiful diversity of my state: they are African American, Latina, Asian American, and Native American, and they sit along every point in the political spectrum.

The women in Nevada are making a difference. Anne Martin knew they would; she argued years ago that electing women would be a potent force for change. Laws on paper “will not and cannot equalize,” she wrote in 1922. “But the process of winning a half-share in government will go a long way toward developing a sense of equality in the minds and hearts of women. And then the laws will take care of themselves." We’re seeing that in Nevada, where our women-led legislature has passed laws to ensure equal pay, provide paid sick leave, expand reproductive rights, and enhance protection against domestic violence and sexual assault.

As we look forward to the next century of women’s suffrage, I challenge us to keep working so that all Americans have an equal chance to participate in our experiment in self-government, to earn a decent living, and to live lives of freedom and possibility. I hope you’ll join me in making sure that every young girl in America feels empowered to make her own firsts.