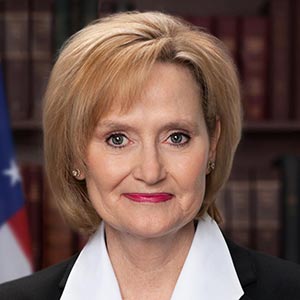 In 1980, I voted in my first presidential election. I remember the feeling of excitement walking into my local polling location in Monticello, Mississippi. I was able to participate in a sacred right and privilege that makes our country so special. We have the freedom and ability to fairly elect our government leaders and hold them accountable every two, four, and six years.

Mainly, I felt grateful, grateful to the many brave women who fought so hard for millions of other women, like my mother, daughter, and me to be able to exercise the precious right to vote.

As we celebrate 100 years of women’s suffrage, it is a perfect opportunity for us to reflect on the importance of what suffragists, like Susan B. Anthony, Elizabeth Cady Stanton, and Lucretia Mott, did to further women’s accessibility to the ballot box. Their tenacious activism allowed women to vote and to hold elected office. These women’s actions paved the way so that two years after ratification of the Nineteenth Amendment, Mississippi elected its first woman, Nellie Nugent Somerville, to the state legislature.

Today, these suffragist leaders’ likenesses sit in the Rotunda of the United States Capitol. These same halls also contain living history, as the United States Senate has a record number of women serving in Congress.

It is also important for us to reflect on what we can do to further equality and representation for women. We must continue to ensure women are represented in the highest levels of government. Society should encourage young women to pursue elected office. In fact, society needs them.

I feel a level of gratification when younger women and girls look at me and see that they can also do these things. Gender does not have to be a huge issue in campaigns, but I understand how my election can give other women in Mississippi the inspiration they need to step out in a political race or any other adventures that they are called to in life and their careers.

Advice I have for young women is to dig deep and find the courage to pursue your goals, even if it looks impossible. Often women are told: “You can have a career or family, but not both,” or “That type of job isn’t meant for a woman.” That could not be further from the truth.

I believe women—wives, mothers, sisters, and daughters—bring a valuable perspective not only into policymaking, but into all professions.

Unfortunately, women often face challenges in the workplace that men do not encounter. However, I remain optimistic that we, like those suffragists a century ago, can and will overcome any obstacle put in our path. Women have been speaking up and out, and they will be heard.

I believe that women will continue to be elected to Congress and their state and local offices in record number. I am excited to see what our future women leaders will bring this country and pray they will have the willpower and support they need to achieve it.