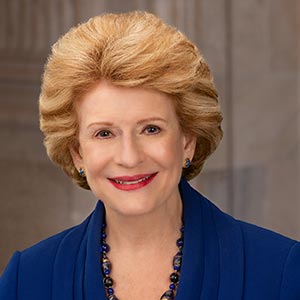 “On this 100th anniversary . . . I’m celebrating how far we’ve come and all of the women who got us here. Even more importantly, I’m celebrating the generations of women leaders to come.”

This year marks 100 years since the Nineteenth Amendment was enacted and women gained the right to vote. And we know there were tens of thousands of courageous women over decades who sacrificed their lives and their way of life to give us this right. While a century might seem like a long time, in many ways it’s no time at all.

My own grandmothers were young women when they received the right to vote.

When my mother, Anna M (Hallmark) Greer, was born in 1926, women were voting in their first elections.

Being able to vote was a big step for women, but it was only the first step. In order to make our voices heard, it wasn’t enough to choose from among male names on a ballot. We needed to see our own names on the ballot. And I’ve been so fortunate to participate in the unfolding of history as my own career in public service has progressed.

In the 1970s, women began to run for local office in larger numbers, although it was still pretty rare. That certainly was true in Ingham County, Michigan, when I decided to run for the county commission. My opponent even referred to me as “that young broad.” Imagine his surprise when “that young broad” beat him!

I was the first woman and youngest person elected commission Chair, and it has been wonderful to see talented women step up and lead since then.

I quickly learned having a woman in the room meant that, for the first time, we were talking about domestic violence and women’s healthcare. As Chair of the Ingham County Board of Commissioners, I was grateful to be in the position to create the first domestic violence shelter in our state.

In the 1980s, women across the United States began running for their state legislatures. And again, I was part of that wave.

I was the first woman to preside over the Michigan House of Representatives and served for four years in the Michigan Senate.

And again, I learned how important it is that women be in “the room where it happens.” For the first time since 1919, I was able to successfully reform Michigan’s child support laws, and for the first time, we passed critical domestic violence laws.

When Congress passed the Affordable Care Act, I was on the Senate Finance Committee where a colleague tried to stop us from including maternity care as basic health care. At the time, he said that he didn’t need that coverage ... and I said “yes, but I bet your mom did!” Maternity care is covered in the ACA. It matters who’s in the room.

Every one of my women colleagues has had the same opportunities to be “the first.” And we all know that is not enough. If there is only one, that’s a token. If we have many women’s voices, we have a democracy.

When I first was elected to the Senate, I became one of 13 women senators. It was the first time in our history that there were enough women to have one woman on every committee. Now there are 26, and we have women chairing committees. I’m pretty sure my grandmothers and my mom would agree that 50 women in the Senate is a good goal for now.

At every step, I have seen the importance of women’s voices being in “the room where it happens.” But there is one room to go . . . the Oval Office.

I’m hoping that for my own granddaughters and their granddaughters, a woman president will be no big deal—just as women county commissioners, state lawmakers, and members of Congress seem pretty normal to us now.

On this 100th anniversary of women finally gaining the right to vote, I’m celebrating how far we’ve come and all of the women who got us here.

Even more importantly, I’m celebrating the generations of women leaders to come.