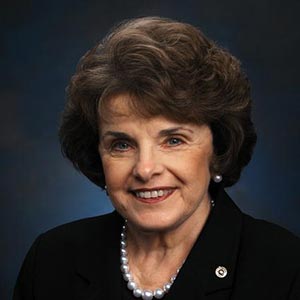 “Change will come if we continue to keep pushing.”

Women’s suffrage was all about the right to vote, the intrinsic right for women to have a voice in the public affairs of the nation. The outcome was not only a woman’s right to vote but also to serve in public office and to seek election, whether to local, state, or federal office. Public service has defined my life, and I’m eternally grateful for the women who fought and won that right 100 years ago.

I’m often asked what advice I would give to young women considering a career in politics. My advice is always the same: develop a portfolio of expertise and use it to solve problems and help people. Work in local or state government. Work for a member of Congress in whom you believe. Work to support those in need. Pick an issue and learn everything you can about it.

That’s the path I took. After college, I set out to find job. What I found was employers who too often hired men with fewer qualifications than mine. There was a thick glass ceiling for many, many jobs.

After a fellowship with a public affairs program in San Francisco, I was appointed by Governor Pat Brown to the California Women’s Parole Board. I was the youngest member of a parole board in the nation at the time. Building on my experience there, I later served on San Francisco’s crime commission.

Through that work, I focused on crime and prison reform issues and used that to launch my political career. I used that portfolio when I first ran for the Board of Supervisors, and I continued to draw on it when I became mayor. I wasn’t just a woman running for office, I was also a criminal reform expert running for office.

That race for Supervisor in 1969 was interesting because conventional wisdom said that voters would only elect one woman to the 11-member board and a woman was running for reelection—so one or both of us were sure to lose. It turns out we both won, and I was the top vote-getter, which made me President of the Board of Supervisors, another first for a non-incumbent.

And then nine years later, through the tragedy of assassination, I became San Francisco’s first woman mayor. Before that, it was unthinkable for many that a woman could lead the city. In fact, I’m not sure a major American city had a woman mayor in 1978. But it’s amazing how quickly people’s perceptions can change. Today dozens of major cities have women mayors including Chicago, Phoenix, Washington, D.C., Seattle, Atlanta and many others.

This change is particularly true for younger generations, which now have role models at almost every level of public service. My good friend Bob McCarthy came home one day to find his living room chairs in a circle with a large chair in the middle. His daughter was sitting in the big chair, his sons were sitting around her. When Bob asked them what they were doing, they told him they were playing mayor, with his daughter in that role. He asked why his daughter was chosen, and one of the boys replied “Dad, you know only a woman can be mayor.”

It’s amazing what can happen when we break those glass ceilings.

I remember meeting with the officers of a very large bank when I was mayor. I looked around the table and there wasn’t a single woman at the table besides myself. When I pointed that out, the person who invited me said he didn’t even realize that was the case. He invited me back six months later and there were other women at the table. Today, you’ll find women in all types of leadership positions.

When I was first elected to the Senate in 1992, there were only two women serving in the Senate. That election was dubbed the “Year of the Woman” because four women senators were elected. Today that number stands at 26, and I hope it’s not too long before we see 50 or more.

Our work is not done. As women senators we must honor the accomplishments of the trailblazers who came before us and continue pushing for equal rights for future generations. Change will come if we continue to keep pushing.