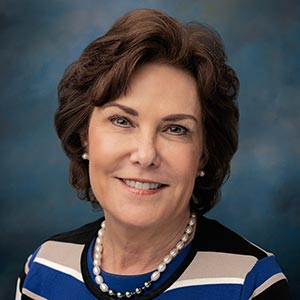 “As we look back on the progress we've made over the last century, let us celebrate not only the freedom of women to vote but also the continued fight for equality in public office and in society.”

The fight for women's suffrage began decades before 1920 when the Nineteenth Amendment guaranteeing women the right to vote was ratified. In 1878, the country's first women's suffrage amendment was introduced in Congress; however, in Nevada, the legislative fight for suffrage started nine years earlier in 1869 when Assemblyman Curtis Hillyer of Storey County filed an amendment to the Nevada Constitution to strike the word “male” from its suffrage clause. Fast-forward to 1914, when Nevada became the 11th state to allow white women to vote. This moment was an imperfect step toward progress, but a step forward nonetheless; and one that would not have happened without Anne Martin.

Anne Martin was a Nevada native who committed her life to advancing the fight for women's rights. Anne served as the President of the Nevada Equal Franchise Society, and in her position of suffragist leadership she organized a statewide effort to secure the votes needed to see the women’s suffrage amendment pass. Like many other leaders in the suffrage movement, Anne Martin argued that women and men deserved equal rights under the law. What made Anne different was her fierce belief that while a woman’s right to vote would help women achieve equality, a woman's role in politics could, and should, be more active than just voting. Women, she argued, provide differing views and experiences than men, views which could lead to new and unique solutions to society’s problems. Anne Martin called for women to be political actors. Her unrelenting conviction enabled her to become the first woman to run for United States Senate in 1918, two years before women secured the right to vote nationally, and exactly 100 years before my own election to the Senate.

In her campaign, Ms. Martin drew attention to gender inequalities in politics, in education, and in the workforce. She demanded that women must have the opportunity to be active participants in these fields—an ideal that even today women strive to see fulfilled.

I was the first person in my family to graduate from college, and I spent most of my career before Congress as a computer programmer. I chose to build a profession in a field that was at the time—and continues to be—largely male-dominated. Anne and women like her helped inspire countless women, including me, to follow their passions, regardless of the industry or field.

Martin helped redefine the dialogue on women's political equality, expanding the scope of possibilities beyond the right to vote. It's a conversation that has led to incredible progress. Today, Nevada has two female Senators, two female House Members, a female Lieutenant Governor, and we are first state in American history to have a female majority state legislature. We owe it in large part to women like Anne Martin and her fellow activists for being the spark that lit the fire for women's political involvement. But the conversation started by Anne and the suffragettes is still not finished.

As we look back on the progress we've made over the last century, let us celebrate not only the freedom of women to vote but also the continued fight for equality in public office and in society. We still face significant challenges wherein women aren't treated equally, paid equally, or given equal opportunities. I believe—just as Anne Martin did—that the solution to these problems lies primarily in our need for more women in positions of leadership across the board.

Though Anne Martin lost her Senate race in 1918, she said, "even if I should not win, it will never seem so strange when a woman tries it." Her sentiment is an essential reminder; progress may be slow, but every effort, even the ones that seem like failures, helps to pave the road for future change and success.

It is an honor to serve in the legislative body to which Anne Martin aspired. She was the first crack in a glass ceiling that for years blocked women from the Senate. If she were alive today, I know she'd be proud to see so many women, inspired by pioneers like her, ready to break barriers of their own.