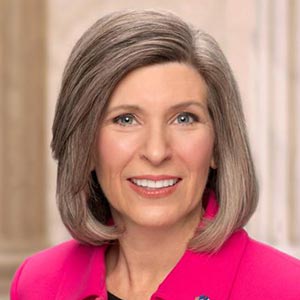 “The Women’s Suffrage Movement secured more than just the right to vote.”

As we celebrate the 100th anniversary of the Nineteenth Amendment and what it stands for, we recognize the fearless leaders of the Women’s Suffrage Movement. Countless trailblazers fought tirelessly to pave the path for women in our nation to have the right to vote and reshaped the role of women in our society forever.

But what’s often forgotten about these trailblazers is that they were once young girls seeking answers to questions like, “Why can’t my mother vote in an election?” Or, “Why can’t I pursue my dreams?” Often and unbelievably, the answer to these questions was that politics and government were too complicated or too important for women to handle. But for women like Susan B. Anthony and Iowan Carrie Chapman Catt, that answer was not good enough. Instead these two women fought back for their right to vote. This tenacity is the same spirit I see in the girls and women, young and old, that I meet each and every day in my role as a U.S. Senator.

The Women’s Suffrage Movement secured more than just the right to vote. The passage of the Nineteenth Amendment led to immeasurable progress in the fight for women on all fronts, including education and employment opportunities.

Even in my own life, I have benefitted from the hard work and commitment of these female trailblazers. That is especially clear when I look back at my 23 years of service in the Army Reserve and the Iowa Army National Guard.

When I joined the service after college, there were no opportunities for women in combat. By 2003, I was a company commander leading supply convoys in combat zones in Iraq. There were hundreds of women like me serving the cause of freedom, some even paid the ultimate price for our nation. Yet, women could not formally serve in combat fields until 2013.

Now I look at my daughter Libby, who is a cadet at West Point. She has so many opportunities ahead of her. And she has them because of the many sacrifices of the strong women that came before her.

Once, women were told they had no place in government; but now there are 127 women serving in Congress, which is more than ever before in U.S. history. It is truly an honor to work alongside so many remarkable women who come from different fields and backgrounds. My colleagues and I may disagree on certain issues, but we can all get behind the idea of more women serving in elected office, as CEOs, as soldiers, as engineers and manufacturers, and in any other profession in our society.

As a U.S. Senator, I will continue to challenge all of the talented young women in our country to remember the sacrifices it took to secure the freedoms and opportunities they enjoy today.

We owe the fierce leaders of the Women’s Suffrage Movement so much. We are a better nation because of the contributions of women in all walks of life, in all fields of service, and in both chambers of Congress.