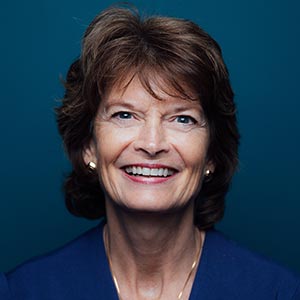 “[T]here is never a convenient time to serve in public office. But that makes it even more important to make sure that, as women, we are supporting and empowering other women.”

I take pride in the fact that Alaska is a state filled with strong, independent women. Alaskan women own and captain their own fishing boats. They work as oil rig operators and diesel mechanics. Alaskan women are CEOs for oil companies and Native corporations. They are leaders in education and advocates for children, seniors, and victims of domestic violence.

Looking back at Alaska’s history, we have been a relatively progressive state when it comes to women’s rights. So progressive that many Alaskan women received equal voting rights with men in 1913—seven years before the Nineteenth Amendment was ratified, when Alaska was still a territory. The sad detail of that history though was that Alaska Native women were excluded from the right to vote for several more decades.

I was fortunate to be raised in a family where education was valued, but a stereotype clearly existed about “boy jobs and girl jobs.” The expectation coming from a large family, growing up in small Alaskan communities, was that the girls would either become nurses or teachers. So as a young girl, I made it my goal to become a teacher like my grandmother.

As planned, I declared my major in education. During my sophomore year of college, I was required to take a course in economics. The professor called me in before midterms and told me I should drop his class or he would have to fail me. When I asked why, he told me, “You clearly don’t get it, and you can’t get it.”

I don’t recall what grade I eventually earned, but I not only remained in his course, I also changed my major from education to economics.

It wasn’t because I had some driving desire for this particular degree. It was because someone told me I couldn’t do something that I knew I was capable of doing.

As I think back on it, the gender stereotyping that existed during my younger years didn’t stand out to me because at that time, many women didn’t know differently. When I look at the STEM opportunities available to girls today, it makes me proud that we are knocking down the expectation that boys should go down one career path and girls down another. We know the inequities that women continue to face and see a growing pressure as a nation to change them.

As I write this we are at an all-time high in the U.S. Senate with 26 female senators. This all-time high is still far too low. We must have more women serving as our lawmakers and our policy makers.

For women entering political office, there can be considerable self-doubt. We are convinced we don’t have the experience; we are too young; it is too hard to balance work and a family. And the truth is, there is never a convenient time to serve in public office. But that makes it even more important to make sure that, as women, we are supporting and empowering other women.

As we acknowledge the 100th anniversary of women’s suffrage and the progress we have made I am reminded of the work that remains in the fight for equality for all—all genders, all races, all religions. Our work continues.