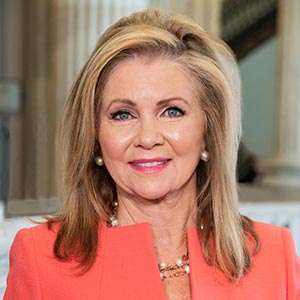 “My best advice is to know what you want, and pursue it. Don’t wait for permission.”

Even at age 13, it made little sense to Carrie Chapman Catt that she and her mother were made to sit at home while her father attended and recounted to her captivating political rallies where our nation’s male leaders plotted out America’s dazzling future.

This restlessness became a constant theme in Catt’s life. In 1895 she joined Susan B. Anthony in Memphis and rallied support for pro-suffrage clubs across the South, spending years laying the foundation for the coming battle for the vote in the Tennessee General Assembly.

In June 1920, the war over the Nineteenth Amendment roared into Nashville. Would the Volunteer State become the 36th and final state needed to codify women’s suffrage? Catt flew into action, mobilizing her compatriots. Tennessee was their last hope.

For five weeks, she headquartered at the Hermitage Hotel, strategizing a last-ditch campaign for passage. Who else could she convince? Which legislator could she persuade to swap his red anti-suffrage rose for pro-suffrage yellow?

His name, as it turned out, was Harry T. Burn. In late August, the young State Representative from McMinn County received a letter from his mother. “Hurrah and vote for suffrage,” it read. “Don’t keep them in doubt. . . . Be a good boy and help Mrs. Catt.”

I wish we could say the rest is history; but the skepticism that the suffragists encountered never completely receded, even as more women demanded a voice in American politics. While men defend platforms, most women still have to fight for a seat at the table.

As we contemplate the significance of this year’s centennial, I encourage America’s fathers, brothers, and husbands to remember that Catt and her fellow activists won the fight for the Nineteenth Amendment not because they were women, but because they were wickedly smart, and fierce advocates. They were worthy adversaries—but even worthier allies.

And to the women—your community, your state, and your nation need you. We serve in smaller numbers; but the ratios improve with every election, because women are fighting tooth and nail to win their races.

It’s hard work. You really have to want it—but then again, that’s true of any competitive position, so don’t let the challenge scare you.

That being said, there’s no curriculum for success. Every woman is blessed with a unique set of strengths that will guide her choices far better than any advisor who claims to have all the answers.

My best advice is to know what you want, and pursue it. Don’t wait for permission.

Know what you need to be successful, and ask for it. Don’t sideline yourself to satisfy the status quo.

Know what you know, and then study the rest until expertise is second nature.

And most importantly, know that the road is long, and difficult, but that every step toward your goal is progress you earned.

On the closing day of the 32nd Annual Convention of the National American Woman Suffrage Association, Catt laid waste to the culture of complacency guiding the status of women in America, saying, “[n]o written law has ever been more binding than unwritten custom supported by popular opinion.”

The anti-suffragists were loath to let go of the way things had always been. The suffragists, on the other hand, had little to lose. The novelty of the power their cause afforded them was nothing compared to the passion and skill that drove them to victory.