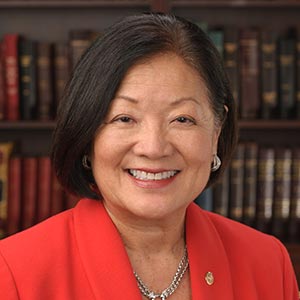 “Today, while still short of full parity, a record number of women are serving . . . across the country—inspired by the urgency of the times we live in to step up and make a difference.”

A century after the suffragettes marched, went to prison, and were force-fed when they went on hunger strikes—all to give women the right to vote—we stand at a pivotal moment in our country’s history. As we reflect on the progress we’ve achieved over the past 100 years, we know that battles we thought we had won haven’t stayed won. Our victories are often incomplete and require our constant attention and advocacy.

I have watched with pride as more and more women—many of them women of color—are taking up the call to public service by running for office. Today, while still short of full parity, a record number of women are serving in Congress and state legislatures across the country—inspired by the urgency of the times we live in to step up and make a difference.

Women are problem solvers. We work by collaborating and engaging with our colleagues and communities to drive change. We deliver for the people we represent. We provide a different leadership model—one that does not rely on the same old macho, chest-thumping, testosterone-driven behavior. Instead, we have created space for diverse voices to be heard by standing up for ourselves and other marginalized communities.

Women have demanded better workplaces and communities, and the #MeToo movement has challenged longstanding sexism and sexual harassment.  We’ve fought to end systemic racism and discrimination as Black Lives Matter protests swelled across the nation. And we’ve worked to end gun violence by advocating for stronger background checks and closing loopholes. I doubt much of this would be achieved if women—and the women of color whose own struggle to vote took much longer to win—didn’t have the right to vote.

A century after women received America’s most fundamental right, we must celebrate the progress we’ve made. But we also must keep a vigilant eye to the future, cognizant of the difficult work ahead of us. I am confident that together, we’ll continue our fight for progress, exercise our hard-won rights, and honor the legacies of women who have dedicated themselves to public service. Women, once woke, stay woke. We press onward.