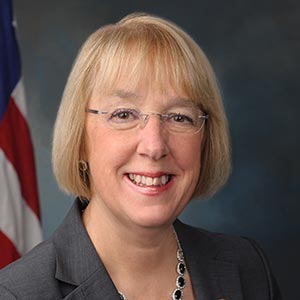 When I first arrived in the United States Senate, I was one of only six women senators. That number was record-breaking, worthy of headlines exclaiming 1992 was “The Year of the Woman.” Women had barely begun to be able to wear pants on the Senate floor at that time, and until we pushed for change, the majority of the negotiating took place in the men’s locker room at the Senate gym.

Two decades later, after years of women candidates making up their minds to run, organizing campaigns, taking risks and fighting for room at the table—there are 26 women serving as United States senators. We have a new record that once again makes history, and once again, shows us much more work is needed.

In marking this 100-year anniversary, it is similarly important to recognize the progress generations of women fought painstakingly to secure—and remind ourselves that our work was then, and is still, far from over. Millions of women, in particular Black and Native American women, remained disenfranchised after ratification of the Nineteenth Amendment. Today, barriers continue to block far too many of our citizens, especially those from communities of color, from exercising this fundamental American right.