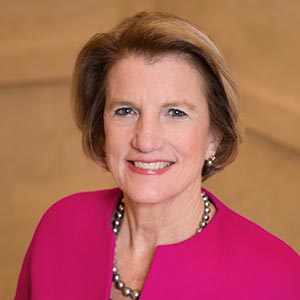 We all know the history and we’ve heard the names in documentaries or read about them in the history books.

Suffragists like Elizabeth Cady Stanton, Susan B. Anthony, Sojourner Truth, and so many others. Their deeds were certainly great, and the outcome, monumental.

I’m constantly inspired by these women’s words and the images of their fight for equality in our democratic process.

These suffragists and leaders paved the way for women to exercise the right to vote. This changed history and the fabric of our nation in the process.

This was no small or easy effort. In fact, it was a pretty tough fight, and it wasn’t won overnight.

After years and years of fighting, our country finally acknowledged that women had a voice, and that their voice needed to be part of our democracy.

Don’t get me wrong, women weren’t instantly made the political equals of men overnight—at least not in practice. Even today, despite making up more than half of the population, women do not make up half of Congress. This is something we’re working on.

Over the years, thanks to the pioneering efforts of the suffragists and others who came before them, we’ve made progress, and we’ve celebrated many victories, from the very small to the very significant.

Today, I am one of 127 women who have the honor of serving our districts, our states, and our country in Congress. That’s the most women to ever serve in Congress, and across the nation, there are countless other future female leaders.

I am so honored to be the first woman elected to represent West Virginia in the United States Senate. With that honor, I also feel a special obligation to inspire the next generation of female leaders.

That’s why I started my West Virginia Girls Rise Up initiative. With that program, I travel across the state talking with fifth-grade girls, encouraging them to set goals for themselves and then work to achieve them. We also talk about what it means to be a leader in whatever career or field they love or are passionate about.

My hope is that eventually these girls grow into engaged citizens and leaders—not only women who vote, but women who aren’t afraid to run for office or run a board meeting or pursue a STEM career or anything else they want to do.

Through this program and other actions, I work every day to make sure that girls and young women in West Virginia and across the country understand that they can do the same, and I know that so many others do the same through words, actions, and examples.

It doesn’t necessarily have to be running for an office. It doesn’t have to be starting a movement that will change the very fabric of our nation like the suffragists did. It can be anything.