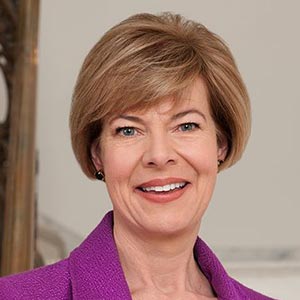 “As we celebrate this historic moment, we cannot mistake progress for victory.”

One hundred years ago, after decades and decades of struggle by brave women and men, our nation finally extended to women the most fundamental right of our democracy—the right to vote.

The struggle for women’s suffrage was fought in every corner of our country.

It was fought by women of all backgrounds, including women of color who fought and marched alongside their white colleagues in the suffrage movement, but whose contributions went largely unsung, and many of whom were still denied the right to vote after the Nineteenth Amendment was ratified.

As we celebrate this historic moment, we cannot mistake progress for victory. With just 127 women currently serving in Congress, we are well short of equal representation in government.

Government works best when legislatures reflect the people we work for, when they look like America.

That’s why it’s important to increase the number of women, and women of color, who serve in public office. Women are half the population, we should be half of our nation’s government too.

When I first entered public service, I had the opportunity to sit in on a Madison City Council meeting and I remember while in the meeting . . . I had one of those light bulb moments of the difference women make when they serve. The city council that day was debating whether to add an additional bus route that went directly to Madison Area Technical College’s new campus.

I remember listening to my male colleagues and their participation in the debate, and there was a lot of focus on funding and logistics and finger-pointing at which body in government should bear this responsibility. I didn’t at first seem to think that the city council should take action to add another bus route.

But then I began hearing the voices of my female colleagues.

They began speaking up and describing their experiences traveling to campus. They spoke about evening classes and having to walk a long distance, down a poorly-lit road to get to the nearest bus stop. They spoke about the dangers of walking alone at night.

Most women can identify with the fear of walking or commuting home at night. But it sounded like the men in the debate hadn’t thought about it in this way before that moment.

The whole debate changed as soon as women’s voices were heard, and the city council ultimately voted to fund a bus route that went to the campus door.

Women bring their life experience to the job. It helps inform our debates, our votes, and the policies that we deliver.

I have worked with women on both sides of the aisle to deliver solutions to the challenges that are facing the American people, and as we see more women in public office—we will see more of these bipartisan solutions.

Today, I’m grateful to the brave women who came before us and fought for the right of all American women to have a say in their own government.

We have more work to do, but in 2018 more women ran for office and won than ever before in our nation’s history, and as a result we have a Congress that is starting to look just a little bit more like the people it aims to represent.

Let’s keep building on that progress, and let’s keep working together on solutions to the challenges we face today.

‹ Senators on Suffrage up Marsha Blackburn ›