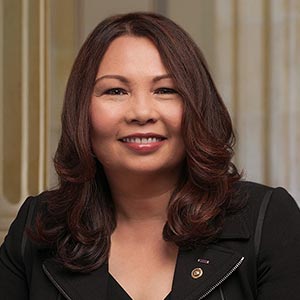 “[O]ne hundred years later, the suffragists’ fight is not over—it now falls on today’s generation to keep their movement alive.”

A little over 100 years ago, our sisters raised their voices and their picket signs, fighting together for their right to vote—and although they may not be represented on Mount Rushmore, these women and their foremothers in the suffrage movement helped transform America into the nation it is today.

Because our democracy wasn’t just built by George Washington or Thomas Jefferson. It wasn’t finalized in the 18th century when the ink dried on the four original pages of the Constitution. It was shaped by women like Abigail Adams, who I named my first daughter after. It was strengthened by suffragists like Sojourner Truth, who worked to better the country that had kept her in chains, using her emancipation to call for freedom and a voice for all. It was formed by Illinoisans like Ida B. Wells, who demanded that women of color have a place at the forefront of the suffrage movement. It was forged by women like Mary Livermore, who channeled her frustration over women’s inequality into action, spearheading Chicago’s first-ever suffrage convention more than 150 years ago, thus marking Illinois as a leader in the fight for women’s rights.

And our union was made more perfect in 1913, when thousands of suffragists marched through Washington, DC, risking safety and security, withstanding hypocrisy and overcoming misogyny, refusing to stay silent so that their daughters and their daughters’ daughters would inherit the democracy they deserved.

It’s because of the efforts of all these women that the Nineteenth Amendment became the law of the land. For that, we are forever in their debt. My daughters and I are forever in their debt. But 100 years later, the suffragists’ fight is not over—it now falls on today’s generation to keep their movement alive by working to expand voting rights to the many Americans who still don’t have full access to the ballot box.