Day of Remembrance:
120,000: Nobuko Miyamoto on the Social Power of Music (featuring tributes to the Hon. Norman Mineta and Dr. Franklin Odo)

Each year, Day of Remembrance reflects on the incarceration of Japanese Americans during World War II. In numerous U.S. states, especially on the West Coast, events are held on or near February 19, the day in 1942 that President Franklin D. Roosevelt signed Executive Order 9066, which resulted in the imprisonment of Americans of Japanese ancestry.

For Day of Remembrance 2023, the museum will host composer, dancer, singer, and activist Nobuko Miyamoto and her ensemble for a concert and post-performance dialogue and performance of her Smithsonian Folkways album 120,000 Stories and memoir, Not Yo’ Butterfly.

NOBUKO MIYAMOTO (pictured above) is a veteran of both Broadway and the protest line. Nobuko is a third-generation Japanese American who grew up "without a song of my own." She found her voice as a troubadour in the 1970s revolutionary movements, co-creating the seminal album A Grain of Sand. Improvising her artistic path as a songwriter, dancer, and theater artist across five decades, she thrives on community, collaboration and a fire for justice. She chronicles life as an artivist in 2021 memoir Not Yo' Butterfly: My Long Song of Relocation, Race, Love, and Revolution UC Press (2021), and album 120,000 Stories, Smithsonian Folkways (2021). 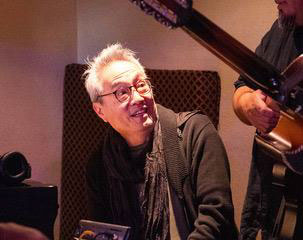 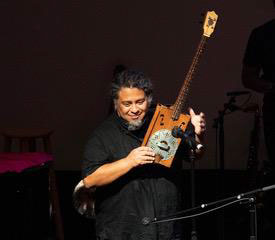 JUAN PEREZ is a bass player, composer and session musician who has contributed volumes to many genres of music including Chicano Rock and Son Jarocho. He speaks many musical languages and is an invaluable resource for many groups including Los Lobos, Aloe Blacc, Maya Jupiter, Cambalache, Quetzal, Son De Madera, and Laura Rebolloso. 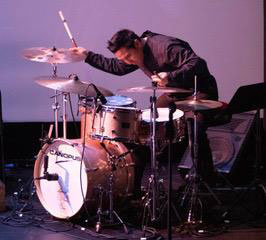