Dorothy's ruby slippers from the 1939 classic film The Wizard of Oz are one of our most popular objects here at the museum, and our main store now features an Oz-inspired pinball machine that visitors can play for free. Kathy Sklar explains the story behind this unique machine.

If you think it has been a while since you saw or played with a pinball machine, you're right. Pinball peaked in the 1970s and then started to decline with the emergence of video games in the 1990s, but Jack Guarnieri, founder of Jersey Jack Pinball, decided now is the time to turn things around. 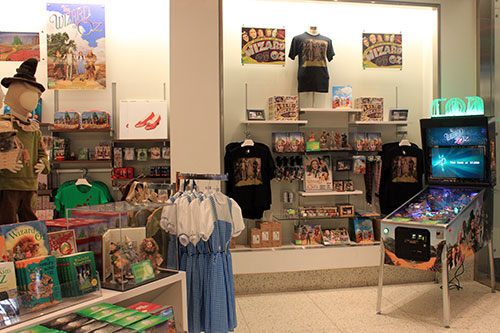 Guarnieri, who has been in the "coin-operated amusement industry" since the 1970s, began his new business with the goal of crafting a premium, no compromise machine and game. He knew that in order to do that, he needed to think big, and thus the idea for The Wizard of Oz pinball was born.

Guarnieri's first step down the yellow brick road was to secure the license from Warner Bros. He then gathered a group of skilled programmers and designers, and the team of experts mined the movie, working closely with Warner Bros. to ensure that all aspects of the machine remained authentic to the film. Their efforts produced many stunning and exciting special effects. The better you play, the more you bring the film to life. 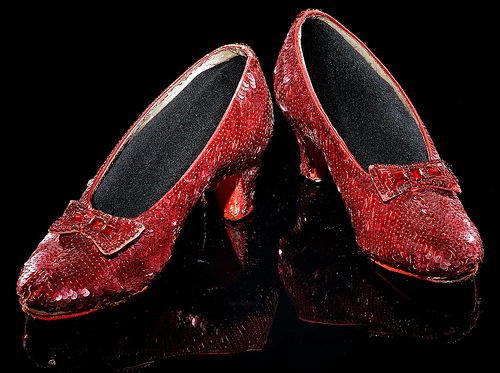 Sixteen-year-old Judy Garland wore these sequined shoes as Dorothy Gale in the 1939 film. The size-five shoes, one of several pairs made for the film's production, were probably worn in dance sequences.

As soon as word about the new machine spread through the dedicated world of pinball enthusiasts, orders flooded in. Guarnieri decided to take advantage of this devotion and allowed customers to collaborate on the features and design of the machine. All Jersey Jack Pinball design and production takes place in a New Jersey factory, and the machines are assembled by hand. 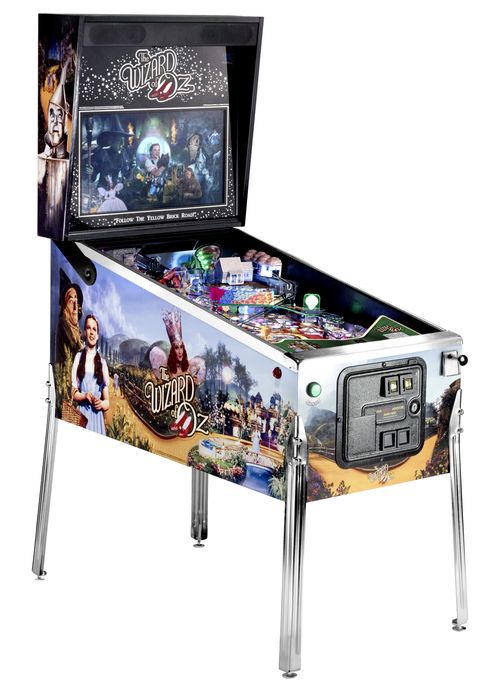 My favorite feature of the new pinball machine is the ruby slipper flippers, but they are probably the simplest and most mechanical part of the game. The spinning house and melting witch are harder to activate, but, with a little practice, you will get there. Beware of the flying monkeys—they will steal your ball and then you have to play well to get it back. An interactive, high-definition LCD monitor displays custom animation and shows real clips from the movie as you play, making it hard to decide whether to watch or play. (I'm sure people more talented than I can do both, but I had to choose.) Watch this video to see the pinball machine in action. 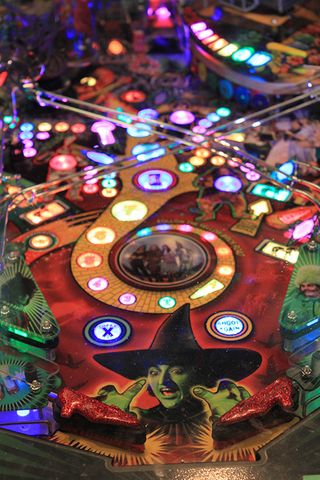 The machine features special effects inspired by the iconic film. Can you keep the pinball from the Wicked Witch's clutches?

The machine in the store is featured along with other Oz related merchandise such as Dorothy costumes, ruby slipper ornaments, figurines of the characters, plush dolls, magnets, T-shirts, tote bags and movie posters. The pinball machine costs $8,000—but, happily, you can visit the store and play it for free.

Kathy Sklar is the business program manager at the National Museum of American History. She has previously blogged about the museum's pastry chef, "Thanksgiving in a Can," and the grooviest place on the National Mall.