I stumbled upon the periodical on an early Tuesday winter morning during a visit to the museum’s Archives Center. I set out to find records that illuminated the history of religion in the LGBTQIA+ community. I was surprised, however, by the dialogue I encountered in a December 1960 issue of ONE: The Homosexual Viewpoint, titled “Homosexual, Servant of God,” which actively and openly discussed reconciling sexuality and Christian religious identity nine years before the famous Stonewall uprising in New York City.

Although a snapshot of the experiences of a very specific group—ONE primarily catered to a cis-gendered, male, white, gay readership—this issue speaks to the surprising richness of discussions surrounding queer religion in 1960 among clergymen and gay Christian men. ONE, a publication released by the early gay rights organization the Mattachine Society, incorporated multiple viewpoints on queer religion, including the words of well-known ordained ministers like Rev. Robert W. Wood, author of Christ and the Homosexual (1960). However, what I found most intriguing were the letters to the editor in the issue, which uplifted the words of ordinary people actively struggling with their faith. Men who wrote into ONE spoke to a need, a yearning, for spirituality.

The letters from this issue of ONE speak to the importance of religion in the lives of its readership. Clear evidence of the personal and communal struggles of queer Christian identity comes from letter writers, who are only identified by their initials and city.

The sentiments expressed in these letters were also echoed in different sections of the same issue. One anonymous student at McGill University wrote an open letter about the recent Royal Commission on “The Criminal Law Relating to Criminal Sexual Psychopaths” in Canada, acknowledging the importance of his spiritual identity. “I am a member of His Church,” he writes, “and try as much as possible to live the Christian life. Were it not for my faith in the supreme justice and love of God my life would be almost unbearable.”

This issue is unique in that its publication affirms first-person accounts of people grappling with their religious identities. ONE was one of the first nationwide gay publications to address the topic. But these reflections by readers of ONE were not exclusive to this issue. The magazine released an issue in June 1954 completely devoted to the topic of religion, only two years after the magazine was founded. A year after its special December 1960 issue, ONE continued the discussion with another issue spotlighting Protestant and Catholic queer identities. W. Dorr Legg, director of One Institute, returned to these topics in the December 1963 issue, acknowledging the letters he had received from his readers about religion in a piece titled “A Moral Imperative.”

Under the heading “The Failure of the Church,” Legg notes that many of his readers are told by clergy that their sins are “so vile in the sight of God [that they] are scarcely to bear discussion.” Legg observes that many of his readers strive to conform to a life trajectory that they are told falls in line with a divinely ordered plan, but seldom find success. Instead, “their failure then sinks them deeper into feelings of guilt, self-condemnation, and despair, according to the degree of their own integrity and sensitivity to ethical problems.” Gay men, Legg explained, were struggling to find a place within their religious communities, and this struggle for acceptance caused a great deal of personal suffering—often from the guilt, denial, and self-hatred cemented by Christian leaders and their communities.

In this 1960 issue of ONE, historians find evidence that this magazine’s readership was eager to speak openly about their faith. These readers turned to a widely circulated publication focused on queer identity to express their religious needs, needs that were often strikingly different depending on their “out” status and their religious community. The choice by the editors of ONE to publish multiple issues focused on religion, as well as their readers’ eagerness to submit letters to the editor, indicate that faith and spirituality was an important part of the lives of the readers. As early as 1960, ONE was a major gay publication that affirmed the experiences of its queer Christian readers and published the words of ministers, preachers, and pastors who openly included queer people in their churches.

Over the next fifty years, many of the individuals on ONE’s mailing list faced additional challenges—and opportunities—that would affect their religious identity. Christian communities of worship both supported and shortchanged the broader LGBTQ+ community. In 1981 the first case of HIV and AIDS was reported in the United States in San Francisco, ushering in a decade that saw the rise of an anti-gay movement and state-sanctioned homophobia championed specifically by conservative Christian leaders and spokespeople in the United States. Many of the sermons, homilies, and handouts written by the religious leaders  featured in this issue of ONE would be forgotten, their progress unwritten—or rather, written over.

Despite this future, this issue of ONE was a significant forum where members of the LGBTQ+ community discussed their place within Christian churches. A major secular, gay publication talking about the need for religious community—and acknowledging religious trauma—was a big step forward along the road of creating queer-affirming religious spaces, a project that continues today. Looking back, this issue speaks to the importance of recognizing and celebrating LGBTQ+ history that exists in archives, but it also calls to mind what has been lost and remains unwritten in the historical record.

Posted in LGBTQ+ History, Religion in America, From the Collections 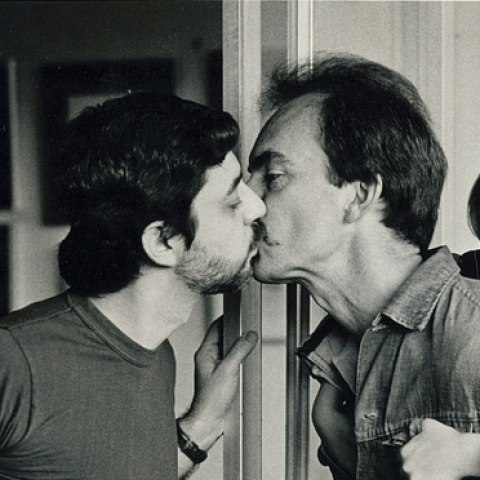 The story behind the photograph: Gay Dads Kissing, 1983
For Michael and Robert, the quick peck before a walk around the lake with Michael’s son was an ordinary moment. For J. Ross Baughman, it... 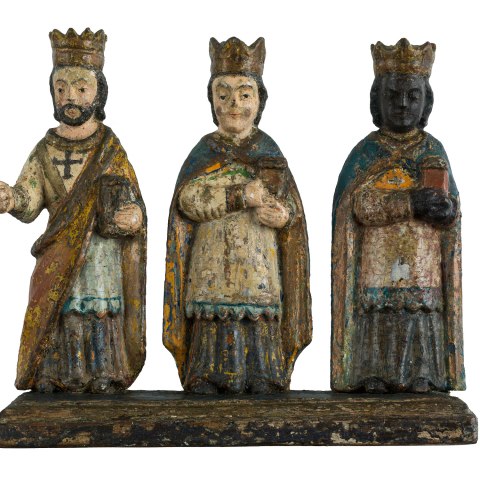