Despite special features—power steering, multiple speeds (16 forward and eight reverse), a diesel turbocharged engine, air-conditioning, AM-FM radio, and a hydraulic adjustable seat—a tractor's technology is not always what makes it important.
In 1979 thousands of farmers drove tractors to Washington, D.C., to participate in the 1979 American Agriculture Movement Tractorcade protest.
The American Agriculture Movement was organized in the fall of 1977 in response to a growing farm crisis. The 1977 Farm Bill had ignited concerns for many farmers who believed the bill would adversely affect farm income by lowering commodity prices to less than the cost of production. Gerald McCathern coordinated the D.C. demonstration, hoping to bring the desperate financial situation facing American farmers to the attention of Congress.
Early tractors used power to revolutionize work on the farm, and centuries later farmers used tractors to show the power of protest. Whether protesting on the streets or harvesting food for our tables, the tractors in the museum's collection help us better understand agricultural history.
Peter Liebhold is a co-curator of the American Enterprise exhibition.
John Deere is a generous supporter of food and agriculture programs at the museum.
Posted in Business History, From the Collections, Agricultural History 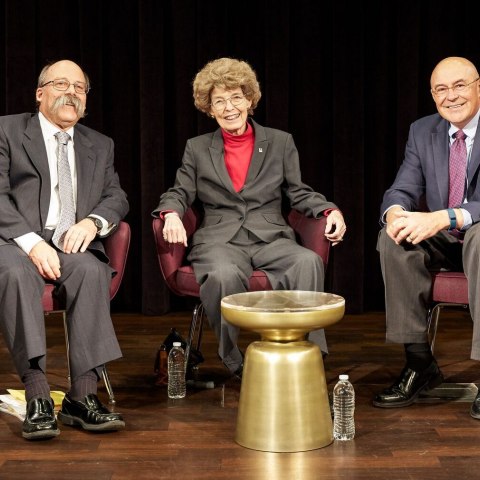