Do We Need a Shared National Identity?

Following independence, citizens of the new nation sought to forge their own identity and create a unique history. They established holidays such as the Fourth of July and later Thanksgiving Day and chronicled the story of America from the landing at Plymouth Rock through the Founding Fathers and the Revolutionary War. In part Americans did so not only for themselves, but also to instill in future generations a shared ideal of citizenship. An ongoing debate resulted: if there were to be common beliefs and a national narrative that expressed the values of the nation, what should be included? 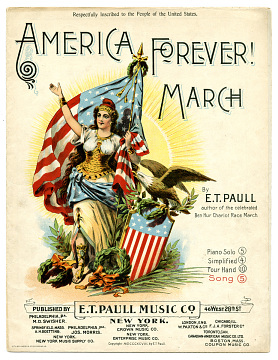 Creating the Father of Our Country

Mason Locke Weems’s biography of George Washington became the most widely read 19th century book about the Revolutionary War and its celebrated hero. Weems recounted many familiar anecdotes about Washington, including the famous story of the cherry tree, and helped to establish a national narrative that cemented Founding Fathers in our national consciousness. Washington’s stature as Father of our Country is borne out by the dozens of pageants and plays that celebrated the bicentennial of his birth and continue today. 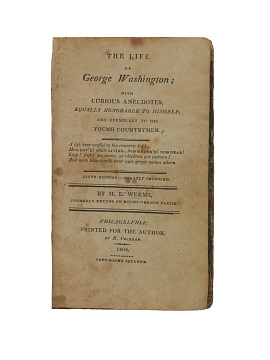 Mason Locke Weems, The Life of George Washington; with Curious Anecdotes, Equally Honorable to Himself, and Exemplary to His Young Countrymen, 1813 edition 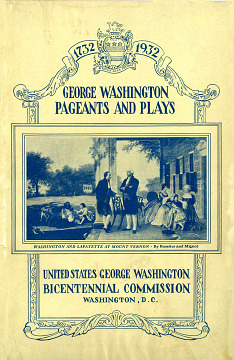 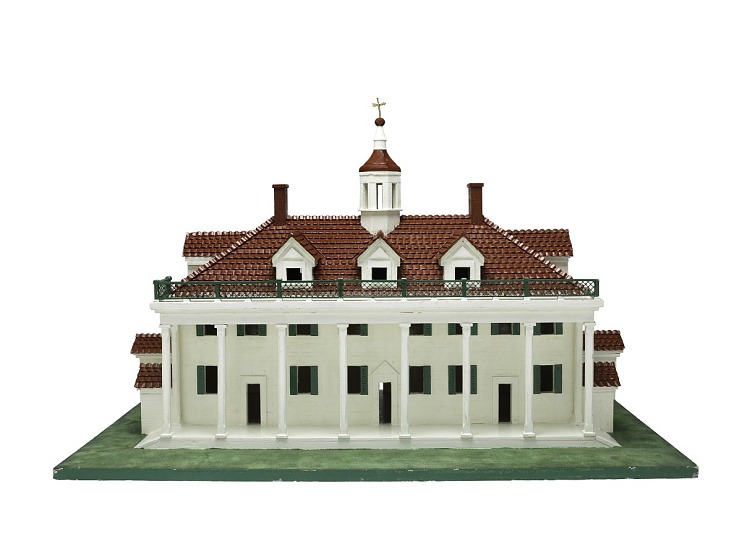 Model of Washington’s Mount Vernon home used at the Michigan School for the Blind to teach students with visual disabilities, 1930s

Gift of Michigan School for the Blind, Lansing Campus

Abraham Lincoln in the Classroom

The historic images that hung in classrooms across America were intended to instill patriotic values and reinforce the idea of a shared national heritage. While George Washington was a perennial favorite, fellow president Abraham Lincoln tended to be only regionally displayed. 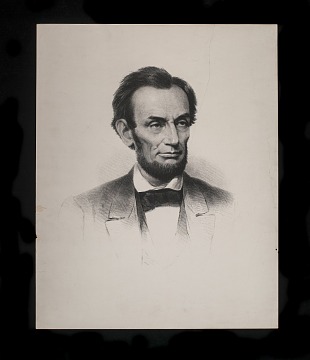 By the mid-19th century Uncle Sam became the most recognizable personification of the U.S. government. Rather than an authority figure, he most often was portrayed with affection and used as an emblem of national kinship to instill patriotism. 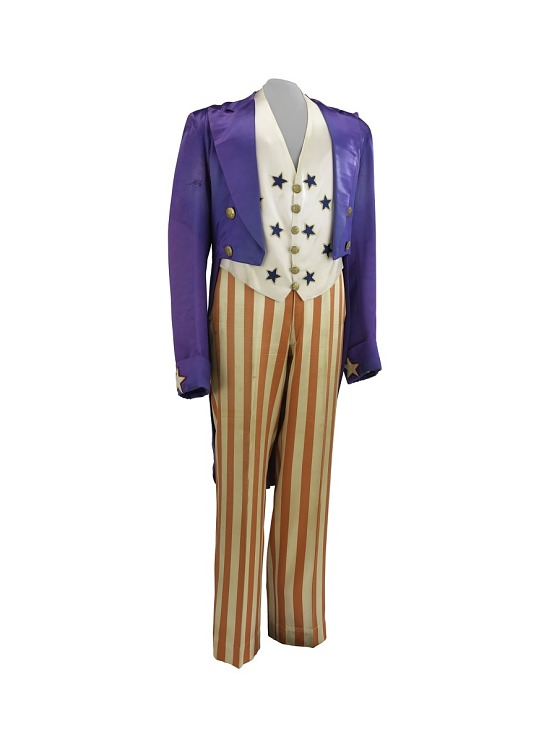 Wilburt E. Leppien wore this costume and handed out these printed cards. Leppien first appeared as Uncle Sam in 1956 and took part in numerous ceremonies and parades across the country, including five presidential inaugurations. 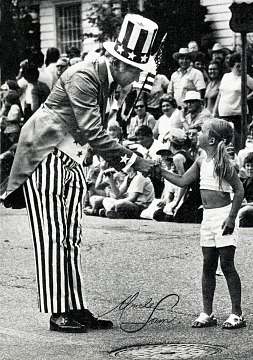 Creating celebrations helped to establish national identity. The Fourth of July, widely observed during the American Revolution, was the first national holiday. It quickly became a day of patriotic symbolism and a tribute to the founding principles of equality and liberty and revolutionary ideals of democracy. For Americans still fighting for those freedoms, the holiday became a day to remind the country of the promise yet to be fulfilled. 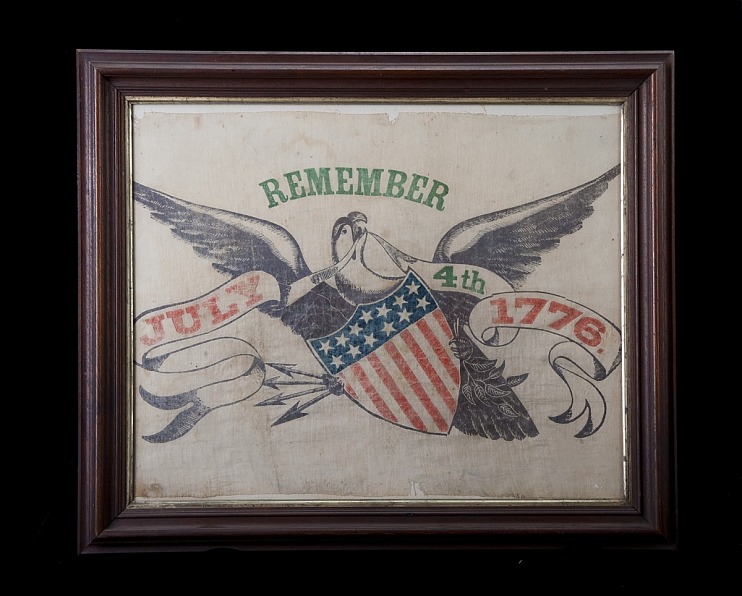 The Pledge of Allegiance

Francis Bellamy wrote the original Pledge of Allegiance. It was first published in The Youth's Companion to coincide with the dedication of the World's Columbian Exposition in Chicago on October 21, 1892, as a way to instill American nationalism through flag ceremonies. The pledge was quickly adopted across the country. 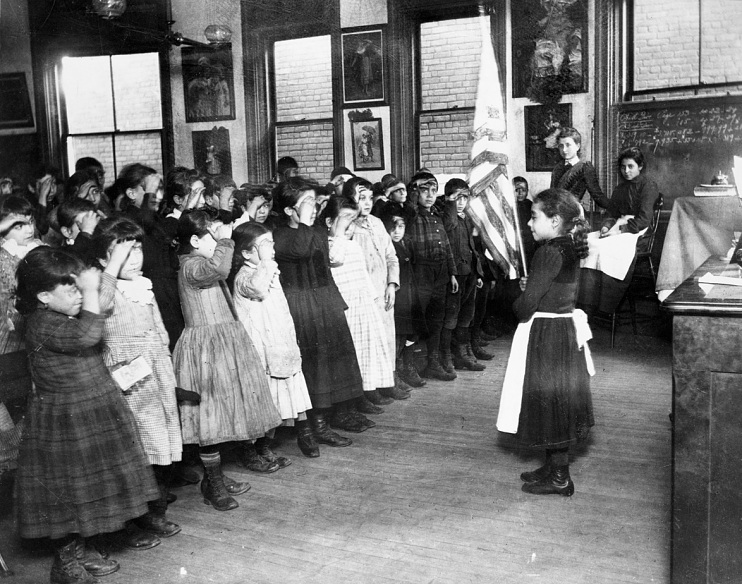 The Great Historical Clock of America: A Mechanical Patriotic Lesson

"A great triumph of modern mechanical art and science" 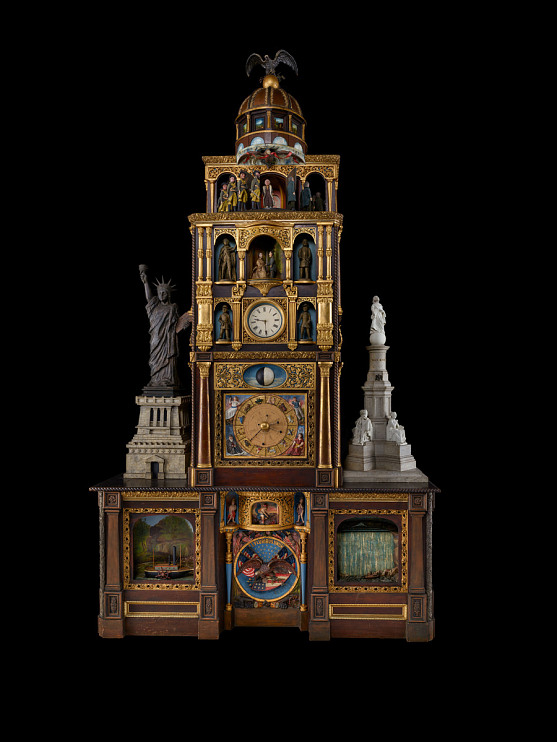 The Great Historical Clock of America

A curious and short-lived phenomenon of the late 19th century was the creation of monumental clocks. The Clock of America was made by C. Chase of Boston, about whom little is known. Elaborate in design and featuring an array of mechanical devices, this spectacular clock was made to animate American history. Bridging the distinctions of entertainment and education, the exuberant folk motifs include the arrival of Columbus, a procession of U.S. presidents from George Washington through Benjamin Harrison, and other patriotic images. Like many monumental clocks, it features astronomical symbols, the zodiac, the phases of the moon, and seven deities of ancient mythology representing the days of the week.

Video of The Great Historical Clock of America

Watch this short video to see the clock and its mechanical devices in motion.

Dr. Martin Luther King Jr.’s assassination in Memphis, Tennessee, on April 4, 1968, transformed the civil rights leader into an icon of the struggle to fulfill the American promise of equality for all. This panel is from the 1968 Poor People’s Campaign, a demonstration in Washington, D.C., which King helped to organize but did not live to see. 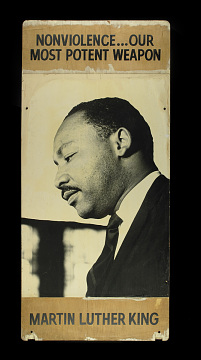 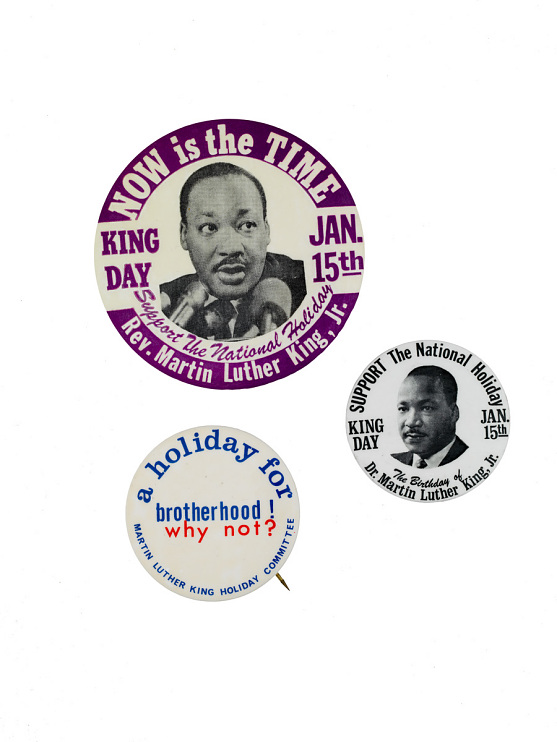 On April 8, 1968, four days after Dr. Martin Luther King Jr. was assassinated, Congressman John Conyers introduced a bill to establish a federal holiday in his honor. For advocates of the legislation it was an effort to place Dr. King and the civil rights movement into the national narrative. It took years of organizing to overcome strong resistance. In 1983 the King Holiday bill was signed into law. Initially only twenty-seven states officially acknowledged the holiday. Not until 2000 did all fifty states recognize the day.

Since the 1990s there have been many attempts to establish national standards for teaching American history. These efforts have sparked contentious debates over how much schools should focus on teaching patriotic values and the history of the nation through the Founding Fathers and aspirational figures, or teaching historical understanding and the stories of less famous and diverse people and groups. Schools throughout the nation have struggled to find the right balance appropriate for their communities. 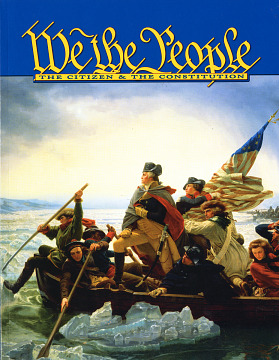 Textbook, We the People 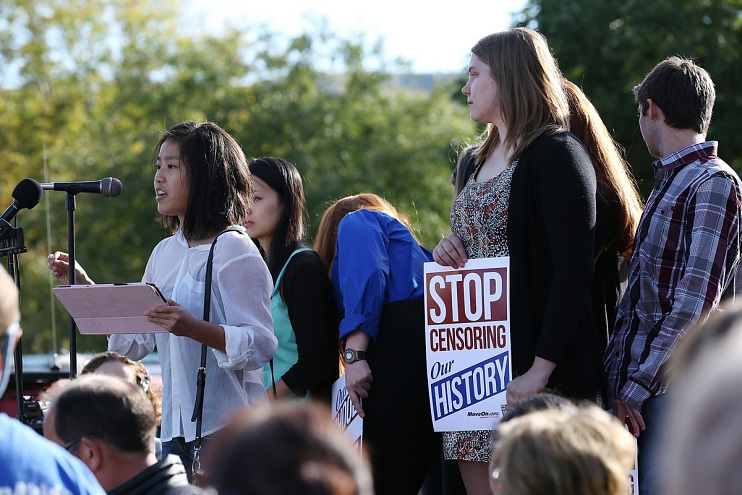 Colorado students protesting a proposal by the Jefferson County School Board to emphasize patriotism and downplay civil unrest in school curriculum, October 2, 2014

‹ A Vision for American Citizenship up How Diverse Should the Citizenry Be? ›