What are the Rights and Responsibilities of Citizens?

The founding generation of American political leaders asserted that the independent nation would be based on the ideal that its citizens had the right to “Life, Liberty and the Pursuit of Happiness,” and that the government under the Constitution was designed to “promote the general Welfare and secure the Blessings of Liberty.” With these rights, they believed, came responsibilities that citizens needed to assume in order to fulfill the promise of the new nation. These lofty goals and principles never had a singular interpretation and over time have led to differing ideas and heated debates. 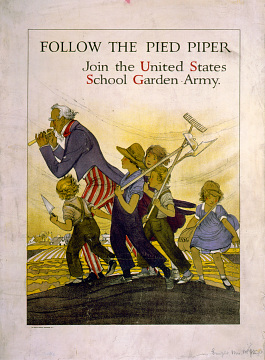 World War I poster produced for the Bureau of Education

In defense of democracies around the world, President Franklin D. Roosevelt in his annual message to Congress on January 6, 1941, articulated the aims of the nation facing the threat of a world at war. “We look forward to a world founded upon four essential human freedoms,” he stated. Two of these freedoms were specifically included in the Bill of Rights, freedom of speech and freedom of religion. Two were freedoms deeply desired by a generation confronted by economic depression and the threat of dictatorships, freedom from want and freedom from fear.

Artist Norman Rockwell dramatized those aims in a series of paintings that appeared as covers for the Saturday Evening Post and as posters produced by the Office of War Information for its war bond campaign in 1943. 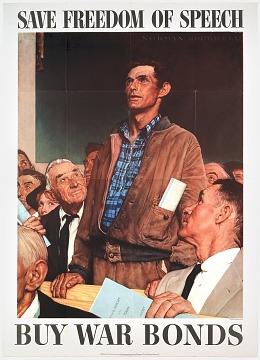 Poster, "Save Freedom of Speech" 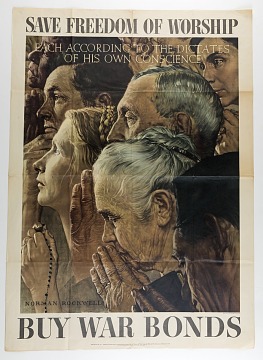 Poster, "Save Freedom Of Worship" 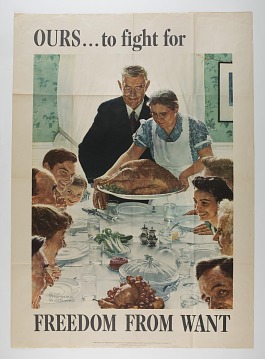 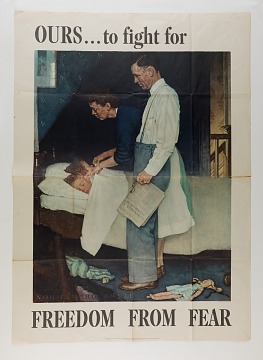 View object record
‹ How Diverse Should the Citizenry Be? up Rights ›