By the early 1950s political parties acquainted candidates with the importance of their television appearances and how to conduct themselves on the new medium. 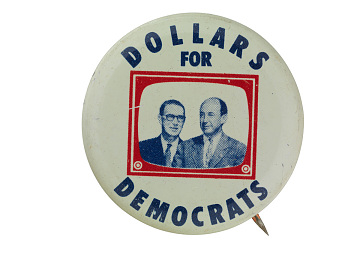 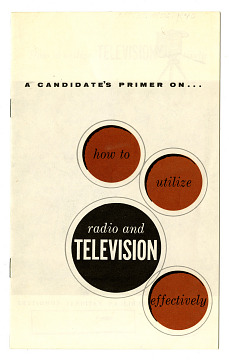 Many viewers believed that they could judge an individual from a television appearance. Fallacious or not, this conviction had political significance. In 1952 Republican vice-presidential candidate Richard Nixon went on the airwaves to defend his character and record in public life. An avalanche of supportive mail followed and, in turn, a grateful campaign mass-mailed a personal thank-you note in the form of a postcard to each respondent. 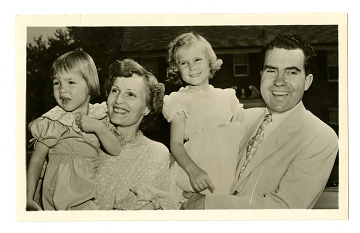 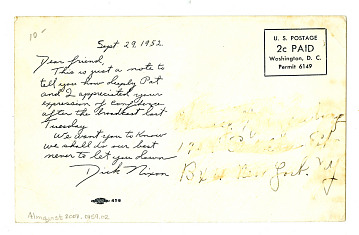 Campaign objects helped to ease television’s entry into the home and into the heart of American political culture. During the 1960 presidential campaign the Democratic National Committee distributed paper cups encouraging voters to watch the new morning television program, Coffee with Senator and Mrs. Kennedy. 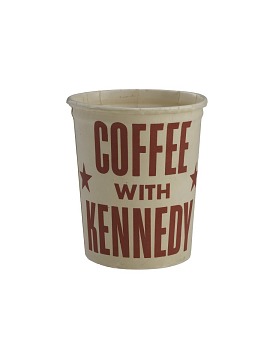 Face-to-face debates between the presidential candidates of the two major political parties are a recent development in American political campaigning. The first series of televised debates took place in 1960 with Democrat John F. Kennedy and Republican Richard M. Nixon. 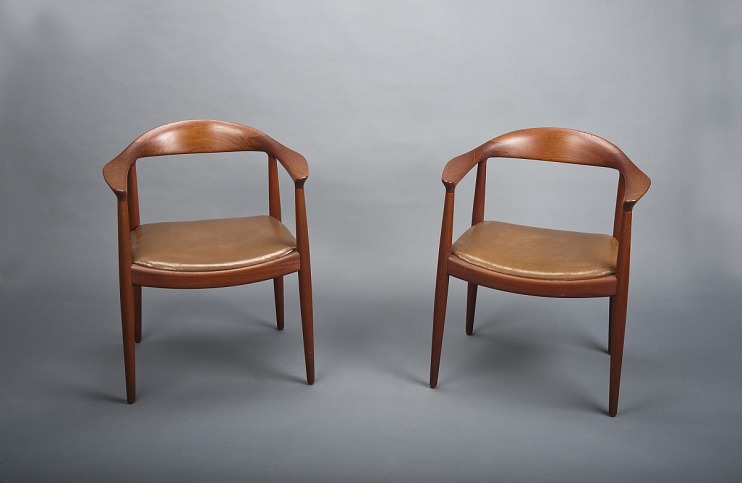 This device—the “black box” of the television ratings system—gathered information from households about media listening and viewing habits from 1949 until the early 1970s. Connected to a radio or television, it registered set use and station tuning by exposing 16-mm film to a pinpoint of light. When changed by the homeowner weekly, the film cartridge ejected a quarter to ensure timely mailings to the Nielsen Company for analysis. The data gleaned from sample homes enabled campaign pollsters to track viewing patterns during candidates’ television appearances and to refine schedules of paid political advertising. 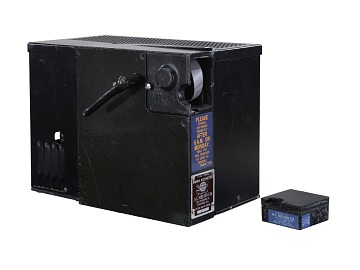 Gifts of A. C. Nielsen and Nielsen Media Research 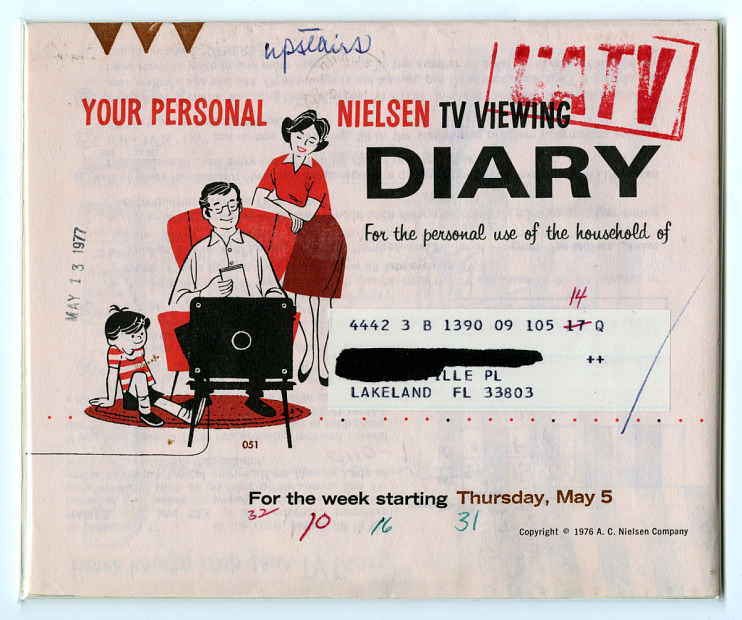 Gifts of A. C. Nielsen and Nielsen Media Research

Gearing up for the 2004 New Hampshire primary, campaign volunteers for Democratic presidential candidate John Kerry made this sign for the Manchester, New Hampshire, headquarters. The sign’s arrows give the distances in miles to eight New Hampshire cities the campaign would regularly visit, as well as the distance to the White House. Kerry’s sign was modeled after the “swamp sign” seen in the M*A*S*H television series set during the Korean War, and it evoked signs posted by American forces in Vietnam—where Kerry had seen combat. Kerry won the Democratic primary in New Hampshire and went on to become the party’s presidential nominee. Kerry lost the general election to incumbent President George W. Bush. 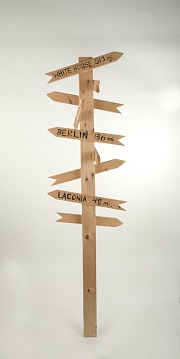 In an ongoing attempt to establish models that predicted communications’ effects, specialists used television ratings, exit polls, and focus groups to track viewing patterns, to test paid political advertising, and to shape the conduct of government itself. Increasingly, campaign planners focused their efforts and funds on television, rather than on more traditional promotional materials such as household goods, bumper stickers, pin-back buttons, and fliers. 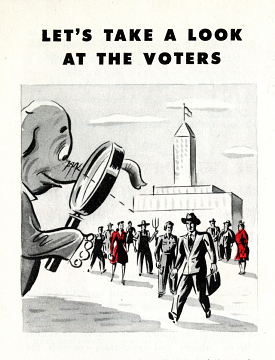 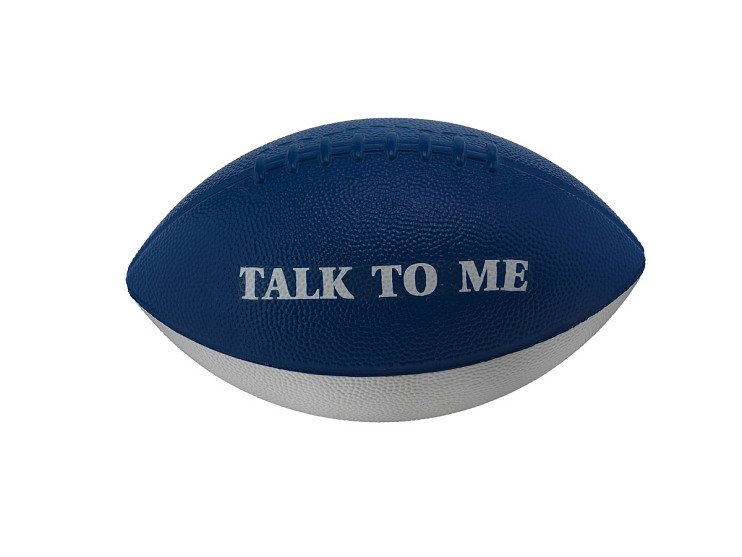 Gift of Frank I. Luntz

Focus groups helped to test the language of the National Republican Congressional Committee’s 1994 “Contract with America.” Republican promotion of the contract included purchasing a prominent advertisement in TV Guide. This copy was displayed by Speaker of the House Newt Gingrich during and after the 1994 congressional election campaign at televised press events. Informal activities and strategies continue to have tremendous influence on politics, notably in public opinion surveys and the ways candidates present themselves to the voters through campaign advertising, news coverage, press conferences, debates, and the Internet. 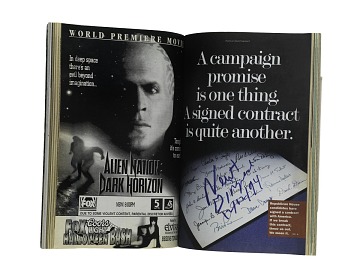 Gift of the Honorable Newt Gingrich

View object record
‹ Door to Door up The Cloud ›