"This right to vote is the basic right without which all others are meaningless." 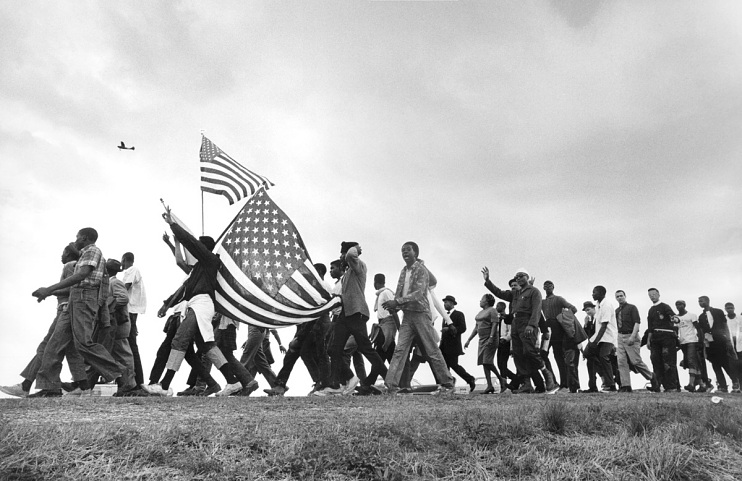 In this photograph by Matt Herron, voting rights activists march from Selma to Montgomery, Alabama.

In the 19th and 20th centuries Americans of different races, sexes, ancestries, religions, educations, and levels of prosperity demanded the ballot and full participation in America’s political life. They worked to convince their fellow citizens that justice and true democracy required the votes of all Americans. In the face of sometimes violent opposition, they rallied, lobbied, and marched their way to the voting booth. Along the way they found allies and opponents in the government and in their communities.