“Old enough to fight, old enough to vote” was the rallying cry for lowering the voting age from twenty-one to eighteen. A first attempt during World War II, when the draft age was lowered to eighteen, was unsuccessful but during the war in Vietnam the issue gained momentum again, led by young people themselves. 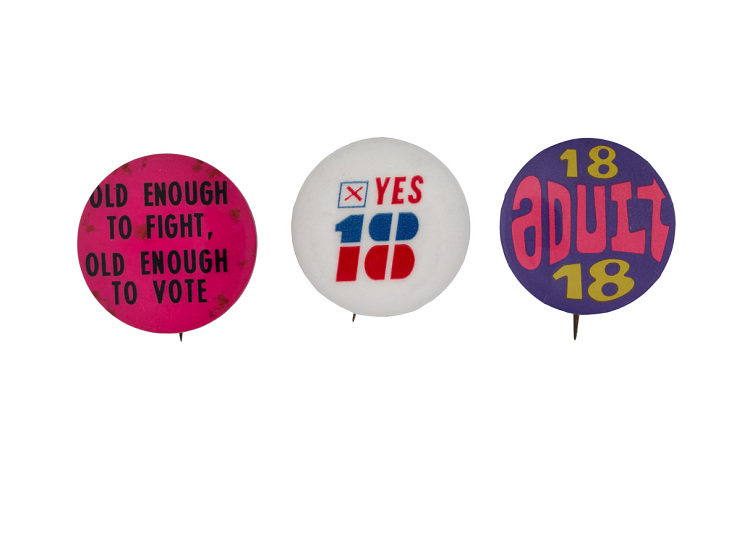 In 1970 congressional supporters changed the voting age in an amendment to the extension of the Voting Rights Act. When the Supreme Court ruled it applied only to federal elections, a constitutional amendment became the inevitable next step as states confronted the alternative of administering two sets of rules for state and federal elections. The Twenty-Sixth Amendment establishing eighteen as the legal voting age was ratified in 1971. 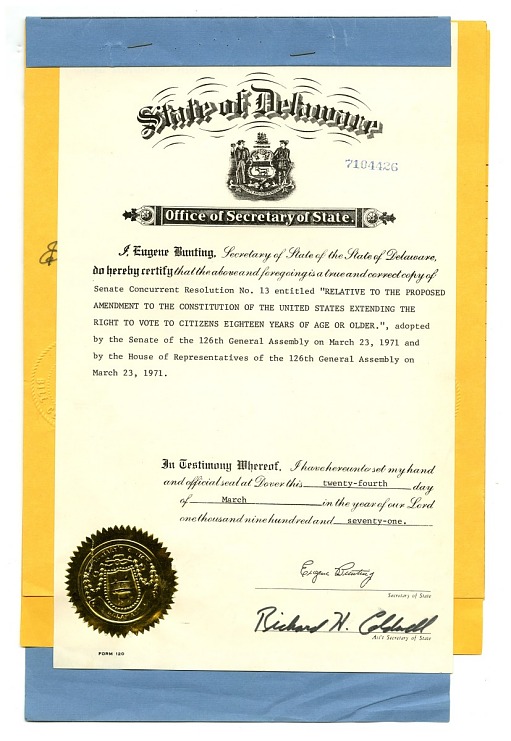 The Twenty-Sixth Amendment was ratified in one hundred days, the fastest approval of any constitutional amendment. In an attempt to be the first state to ratify, Delaware’s legislature voted on the amendment an hour after it was approved by Congress.

How Will Youth Vote?

Political parties and independent groups organized campaigns designed to encourage registration and capture the votes of the newly enfranchised “youths.” 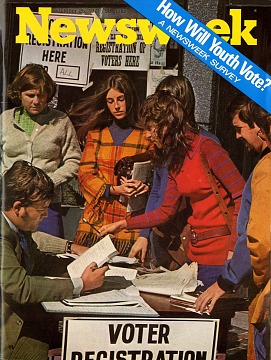 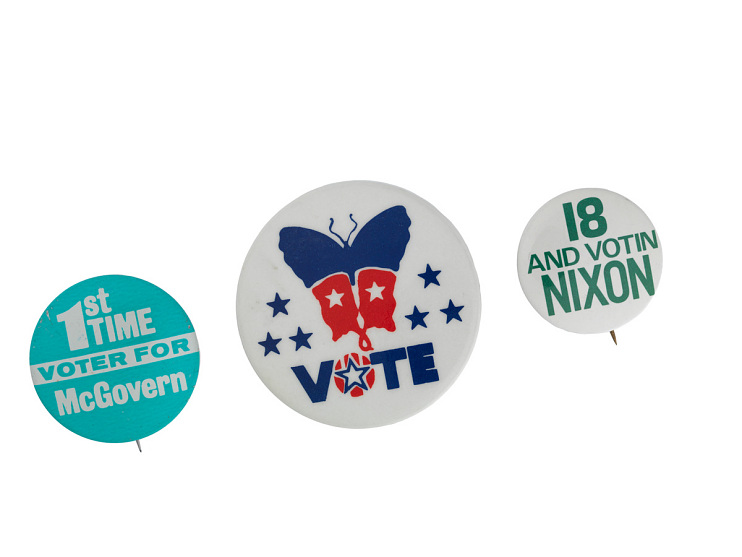 Buttons from the 1972 presidential campaign

‹ The 23rd Amendment up Demanding the Vote ›