The U.S. Constitution did not grant the District of Columbia representation in Congress or the Electoral College, because it is not a state, and placed its governance in the hands of Congress. Since the 19th century, residents of the city have petitioned for voting rights. 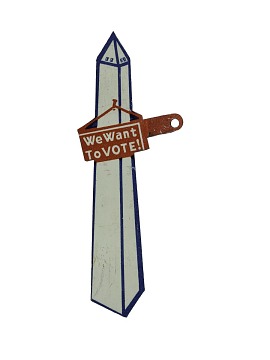 In 1961 the Twenty-Third amendment gave residents of Washington a vote in presidential elections but a 1978 attempt to ratify a constitutional amendment giving them voting representation in Congress failed. Although it is the nation’s capital, the issue of D.C. voting rights has remained a mostly local issue.

Gift of District of Columbia League of Women Voters 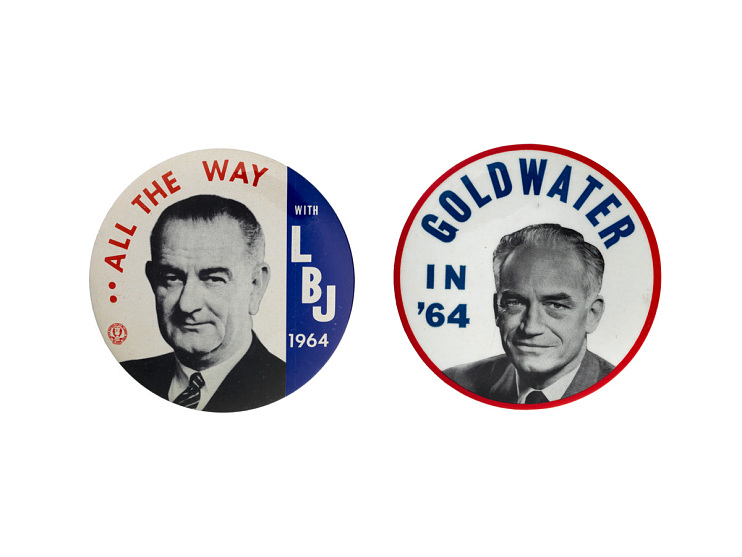 Campaign buttons from the 1964 presidential election 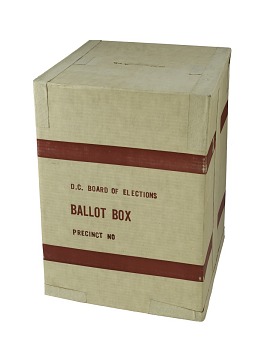 D.C. Board of Elections ballot box

Gift of District of Columbia Board of Elections 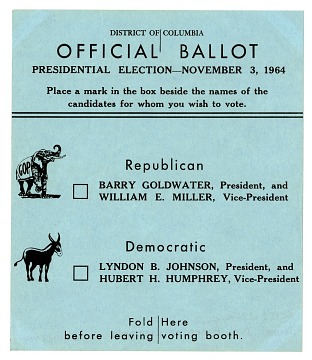 Gift of District of Columbia Board of Elections 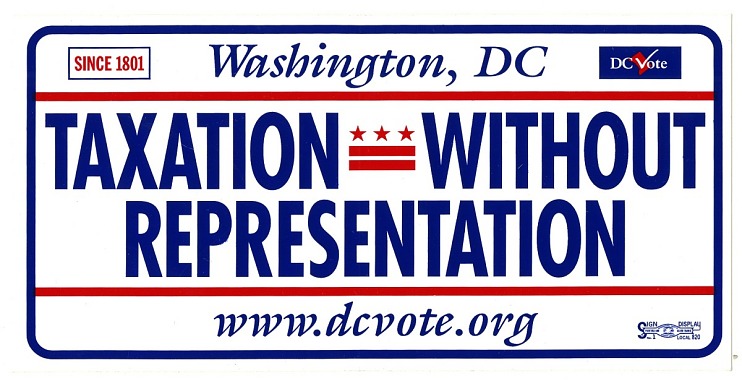 Washington, D.C., since 1973, has been governed by an elected mayor and city council, but residents still cannot elect voting members of the House of Representatives or Senate.