This website is based on an exhibition that was on view at the National Museum of American History from April 25, 2014 to September 7, 2015.

This Museum opened in 1964 during a tumultuous era. Members of the post-World War II baby boom generation demanded greater freedom, equality, and reform. The demands for change generated both enthusiastic support and determined resistance. Social and political traditions and norms were questioned, new ideas and approaches were explored, and over time many shifts in American culture evolved. In the words of a popular song of the era, the times indeed were “a-changin’.” 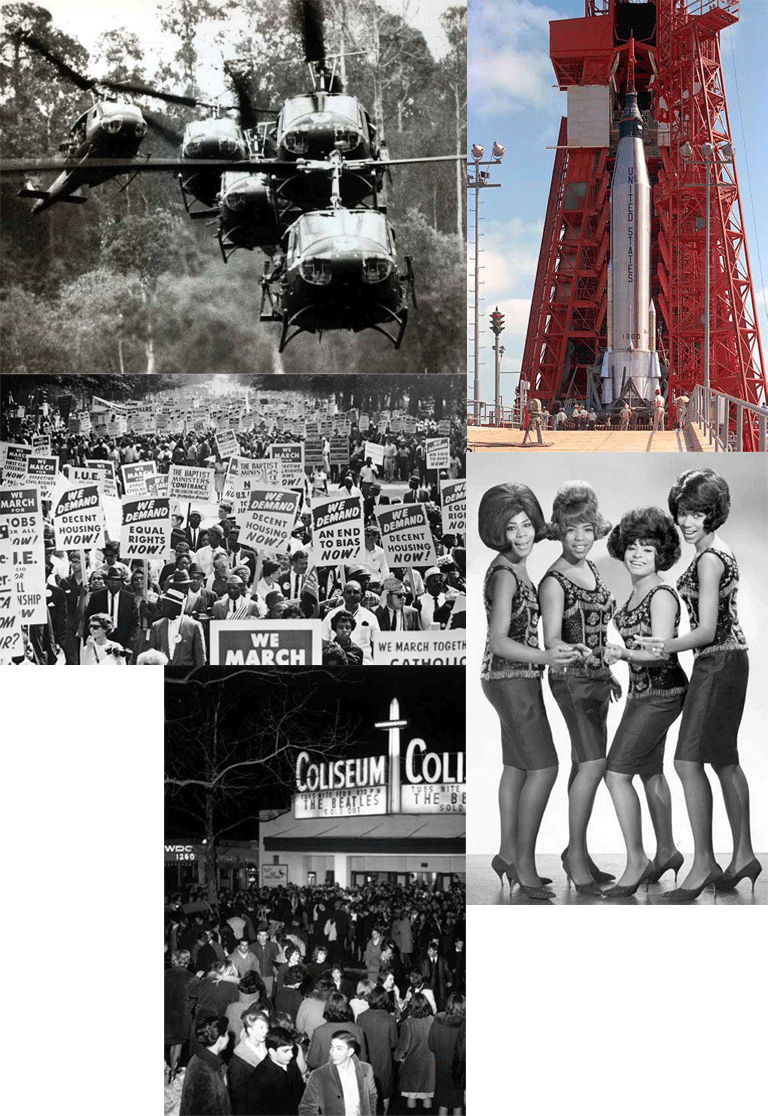 The March on Washington for Jobs and Freedom, 1963 (Courtesy gettyimages ©)