The African Elephant Conservation Act of 1988 was a groundbreaking step. The United States, a large ivory-importing nation, aimed to combat unrestricted ivory trade in order to protect elephants far beyond our borders. To eliminate the incentive to kill elephants, the act authorized strict controls over U.S. ivory imports and funded international conservation programs. In the past twenty-five years, the African Conservation Fund has assisted 470 programs in 39 countries supporting activities such as anti-poaching programs, biological research, and measures to limit human-elephant conflict.

In the wake of the African Elephant Conservation Act, the United States banned almost all ivory imports in 1989 and funded conservation of elephants in their habitats. Nevertheless, demand for ivory persisted, especially in Asia, and elephants continued to die.

To demonstrate commitment to zero tolerance for the illegal ivory trade, the United States and several state governments imposed tougher rules. On three occasions—in 2013, 2015, and 2017—they publicly crushed tons of outlawed ivory goods seized from tourists, traders, and smugglers. Some of that ivory is displayed here.

The U.S. ivory crushes roused public awareness about the plight of elephants. Since 1989, to discourage poaching and trafficking, other countries have destroyed their ivory stockpiles too. But critics worry that destruction of worked ivory and tusks worldwide could endanger some culturally significant objects and might encourage an illegal global market by reducing the supply.
Finding the best way to reduce consumer desire for elephant ivory remains elusive. 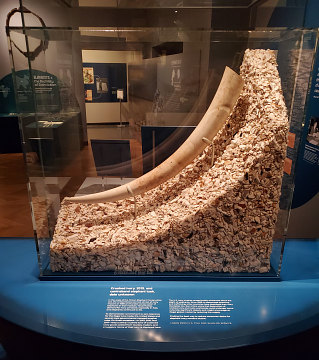 Efforts to respond to the plight of the African elephant have had bipartisan support for decades. Anthony Beilenson, a Democratic representative from California, was the Act’s sponsor and Ronald Reagan, a Republican president signed it into law in 1988.

Implementation began the following year when President George H. W. Bush banned the importation of all elephant ivory with the exception of documented sport-hunted trophies. Within days, more than a dozen countries around the world announced similar bans. 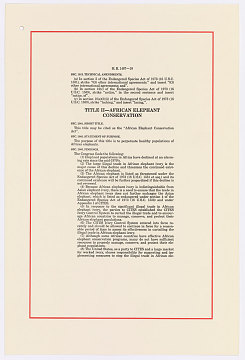 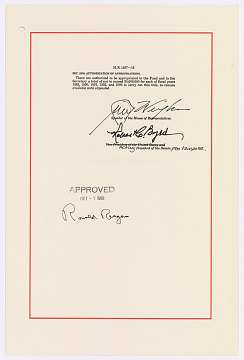 Rep. Anthony Beilenson (D-CA), sponsor, testified in support of the African Elephant Conservation Act in 1988, saying “there is no one simple or single answer to the problem. . . . We then have to persuade, with our example, other ivory-consuming nations . . . to follow suit as quickly as possible. But there is very little time. The elephant has very few years left.”

Rep. Jack Fields (R-TX) supported the AECA in 1988, saying “I am confident that hunters, who are your best conservationists, will do whatever they can to help save the African elephant. . . . if we take a leadership role . . . you would have nations of Europe and other countries around the world following suit.” 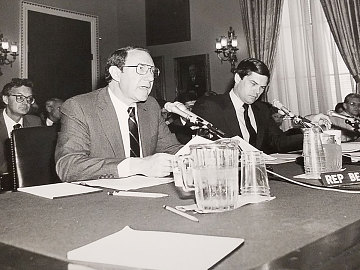 “The United States has been given by fate and history the responsibility of taking a lead role with respect to the preservation and protection of species not only in this country but across the world.”
—Rep. Neil Abercrombie (D-HI)

What about Asian elephants?

The Asian Elephant Conservation Fund has assisted 532 programs in 15 countries. Together, the African and Asian Funds have distributed almost $60 million from the United States combined with over $110 million in matching funds from other governments, universities, and non-governmental organizations. A decade after taking action on behalf of African elephants, Congress passed the Asian Elephant Conservation Act of 1997 in response to declining elephant populations in Asia. This act also sought to “perpetuate healthy populations” by providing financial resources for conservation programs in the countries where elephants live.

The Asian Elephant Conservation Fund has assisted 532 programs in 15 countries. Together, the African and Asian Funds have distributed almost $60 million from the United States combined with over $110 million in matching funds from other governments, universities, and non-governmental organizations. 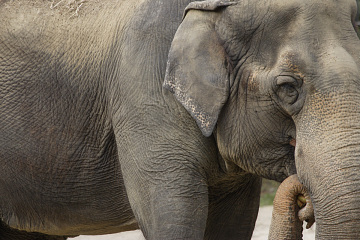 The complex ivory rules in the United States today are a mixture of federal laws, executive orders, and international treaties. They are part of a history of government and community action that mitigates our impact on wildlife—even animals beyond our borders.