As wild populations decline, the science of elephant reproduction is on the rise.

How do you make more elephants? Learning more about how elephants reproduce is crucial, especially since it takes them almost two years to have a baby. In some places, wild elephants are dying faster than they can reproduce. Researchers at Smithsonian’s National Zoo and Conservation Biology Institute have spent decades learning more about elephant reproduction in an effort to preserve the species.

Nancy (right), an African elephant once at the National Zoo, was captured in the wild in 1956. With the decline in wild elephant populations and international laws prohibiting their movement, U.S. zoos typically don’t import wild-caught elephants anymore. If zoos want more elephants, they need to breed them. While captivity is controversial, reproducing elephants at zoos can be a safeguard against extinction. 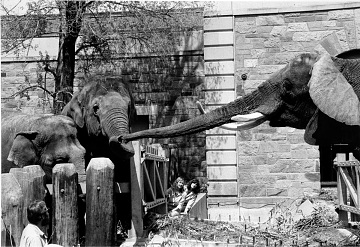 Enriching captive elephants’ environment increases their well-being, which increases the likelihood that they will reproduce. Toys that stimulate their minds are especially important. Elephants played with this knotted firehose—elongating it with their trunks, searching the nooks and crannies for treats, and pushing it around. The toy may be simple, but it is part of the complex effort of conservation. 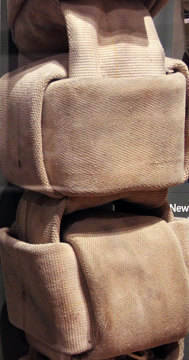 Elephants can’t talk to us and tell us they are stressed or ready to breed—but their hormones can. In the late 1980s Smithsonian researchers used radioactive materials to analyze hormones in blood. Now they also use chemicals that change color when specific hormones are present or absent. This spectrophotometer measures color and calculates the amount of hormone in each sample. 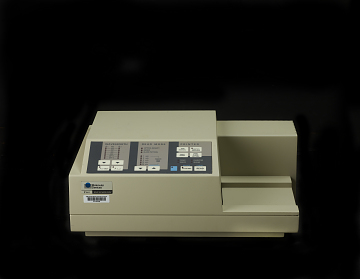 In 1991 Smithsonian Conservation Biology Institute physiologist Dr. Janine Brown made a discovery that improved how we breed elephants. Most mammals have one surge of a specific hormone, called a luteinizing hormone, that triggers the release of an egg for fertilization. But Brown showed that elephants have two surges of the hormone, about three weeks apart, before ovulation. The National Zoo adjusted the timing of its breeding efforts, which enabled Shanthi (pictured with Dr. Brown) to become pregnant in 2000. 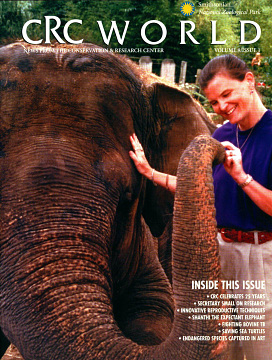 Take a closer look at a tiny portion of an elephant genome—only 0.0001% is shown here. The exact order of more than three billion DNA units (represented as A, C, T, G) is unique to Kandula, who was conceived via artificial insemination and born at the National Zoo in 2001. Kandula’s offspring will share some elements of this genome, but they will have differences that make them unique. Reproduction creates genetic variability, which is important to species survival. 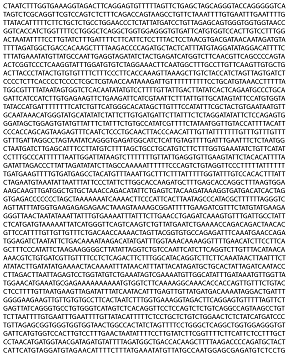 Smithsonian scientists study elephants at the zoo to promote species survival. While there are challenges associated with placing wild animals in human care, zoo elephants can advance conservation science and visitor understanding. 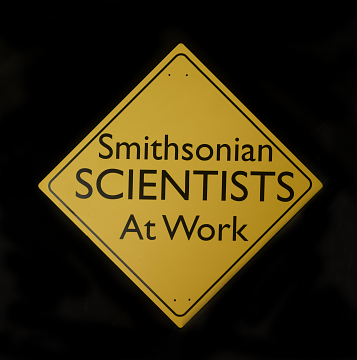 Attempt to impregnate Shanthi at the National Zoo, 2008

Elephants in the wild don’t need human help to reproduce. At a zoo, staff can bring a male and female elephant together for mating. But today it’s common for a large cast of keepers, scientists, and veterinarians to artificially inseminate a female elephant. 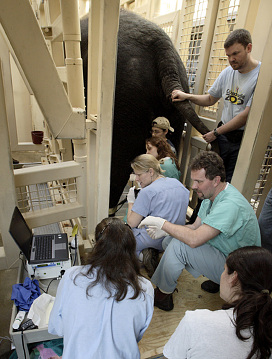