This website is based on an exhibition that was on view at the National Museum of American History from April 1, 2017 to July 15, 2018.

Ella Fitzgerald (1917–1996) was a gifted American jazz artist. She had a warm and lovely voice, with notable rhythmic sense, versatility, and intonation, as well as exceptional talent at scat singing. Inventing her vocals as she sang, she produced melodic lines that put her in the category of great instrumental improvisers. In a career spanning seven decades, she created a legacy of acclaimed performances and a celebrated body of work.

These successes were hard-won. Fitzgerald, a young black woman rising from a childhood scarred by poverty and abuse, struggled to enter a field dominated by white men. But through her drive and talent, she paved the way for other women to follow her inspiring example.

Unless otherwise noted, all objects are gifts of the Ella Fitzgerald Estate. 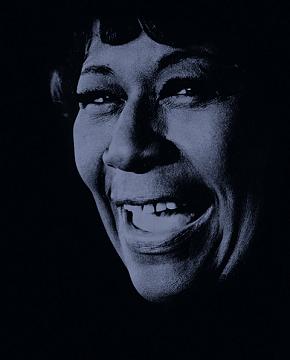 This exhibition is made possible by the generous support of the Ella Fitzgerald Charitable Foundation.
Breaking Through ›