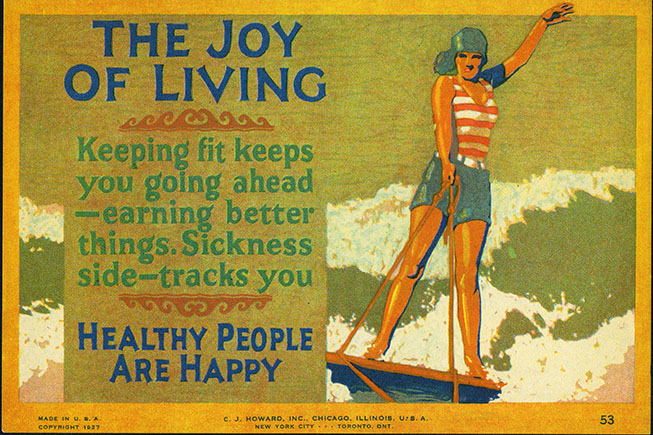 Welcome to the Archives Center

The Archives Center supports the mission of the National Museum of American History by collecting, preserving, and providing access to archival documents that complement the museum's exhibition, research, and collecting programs. The Archives Center holds more than 1,500 collections documenting the history of technology, invention and innovation, business and consumer culture, American music, and popular culture as well as many other topics.

In 2016, a Pan-Institutional Survey of Audiovisual Collections across the Smithsonian Institution was conducted which identified 31,297 audiovisual assets in the Archives Center holdings. Many of the films within these collections remain unprocessed and are particularly at risk of deteriorating beyond any practical research use and as such have been identified as an urgent preservation concern. In order to ensure the film collections can become more fully accessible, The Archives Center recently secured grant funding from the Smithsonian Institution’s Collections Care and Preservation Fund to begin work on unprocessed film collections which has allowed us to begin to identify and prioritize vulnerable film materials for digitization.

After carefully considering condition, uniqueness, and potential research value of the films within our collections, the Archives Center has identified a set of films classified as home movies or amateur films which are particularly at-risk for the first round of digitization for this project. The films span the 20th century, documenting a diverse range of subject matter and first-hand human experiences including social events, corporate beefsteaks, vacations, and family gatherings and celebrations. These films are vastly important as they document American society from the unique point of view of the people doing the everyday living, working, traveling, and celebrating.

While many of the films represent the more prosaic elements of everyday life, there is also footage that may illuminate topics one might not expect. Examples of this can be found among the Kahn Family Film Collection which contain amateur documentation of an ever-changing New York City landscape during the early 1930s depicting the construction of the Chrysler Building and the New York Port Authority and among the Robinson and Via Family Papers are films which render a portrait of traditional farming practices and the transition to corporate agriculture.

While the content of these films is compelling in and of itself, some of the material in these collections may be of particular interest to researchers investigating those behind the lens. For example, these collections contain the home movies of Golden Age Hollywood director George Sidney, prolific film composer Harry Warren, and windows into life on the road with Duke Ellington shot by band member Harry Carney.

The digitization of this material will provide valuable access to the wider research community as well as Smithsonian staff, while also facilitating collections stewardship of the physical films. Once the films are digitized, they will be made available to researchers via the Smithsonian Institution Digital Asset managements Systems (DAMS) and the hope is to be able to provide access to a broader audience online sometime in the future. One of the outcomes we hope to ultimately accomplish with this project is to document our learnings and develop film processing and digitization workflows that can be used by the Archives Center for future digitization initiatives to continue to provide better care and access to our audiovisual materials.

Below are images taken from two 16mm home movies shot between 1938-1941 by Harry Carney which form part of the Ruth Ellington Collection of Duke Ellington Materials. The footage documents a friendly baseball game among band members, attendance at a parade, and other snippets of Carney’s life at home and on tour.

Submit requests for appointments to:

The Archives Center is participating in the Smithsonian Institution's Transcription Center to transcribe our historic documents to facilitate research and access. This work is done by Digital Volunteers.

To learn more and volunteer: