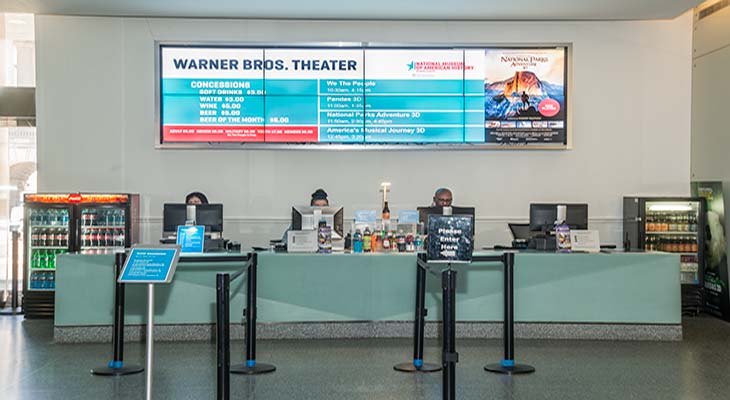 The National Museum of American History is committed to exploring the legacy of American cinema as well as how film culture shapes how we perceive ourselves as Americans. The Warner Bros. Theater provides visitors with new and exciting opportunities to explore the art of film in a stunning and intimate 261-seat jewel box venue using state-of-the-art digital 2D & 3D and 35mm film presentations. This theater hosts a full roster of public programs, from new and repertory film screenings, symposia, lectures, and concerts, to expansive film festivals.

Superpower Dogs 3D
Experience the life-saving superpowers and extraordinary bravery of some of the world's most amazing dogs. In this inspiring true story, our best friends are also real-life superheroes.

Tornado Alley 3D
Using a fleet of specialized vehicles, two missions are launched to capture the birth of a tornado.