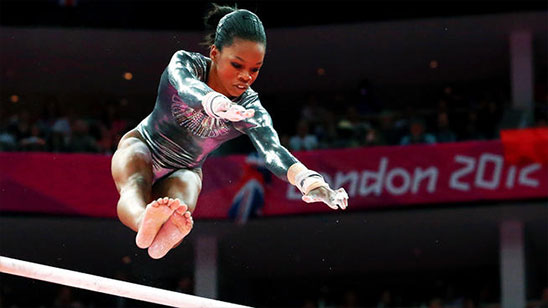 American gymnast, Gabrielle “Gabby” Douglas has been an inspiration to many people. During the 2012 London Olympics, the then sixteen-year-old, known for her signature uneven bar routines, became the first African American woman to win gold in the individual all-around gymnastics competition. She also became the first U.S. gymnast to receive both the individual all-around gold and team gold medals in a single Olympic Games.