Puppetry is one of the oldest types of performance art in America. The earliest traditions were imitations of old world forms brought to this country by immigrants from Italy, France, and Great Britain.  American puppetry is unique. Its many styles and techniques combine ancient and immigrant traditions, homegrown innovations, and the influences of electronic media.
The art of puppetry relies on the harmonious relationship of a puppet, a puppeter’s imaginative manipulation, and an audience whose willing suspension of disbelief allows it to accept the puppet’s actions as “real.”
This special display featured two different sets of objects from the stage and screen that cover over 160 years of American puppetry. 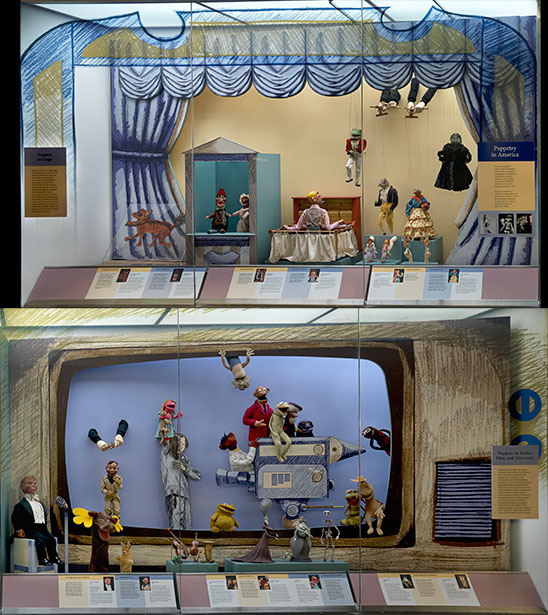 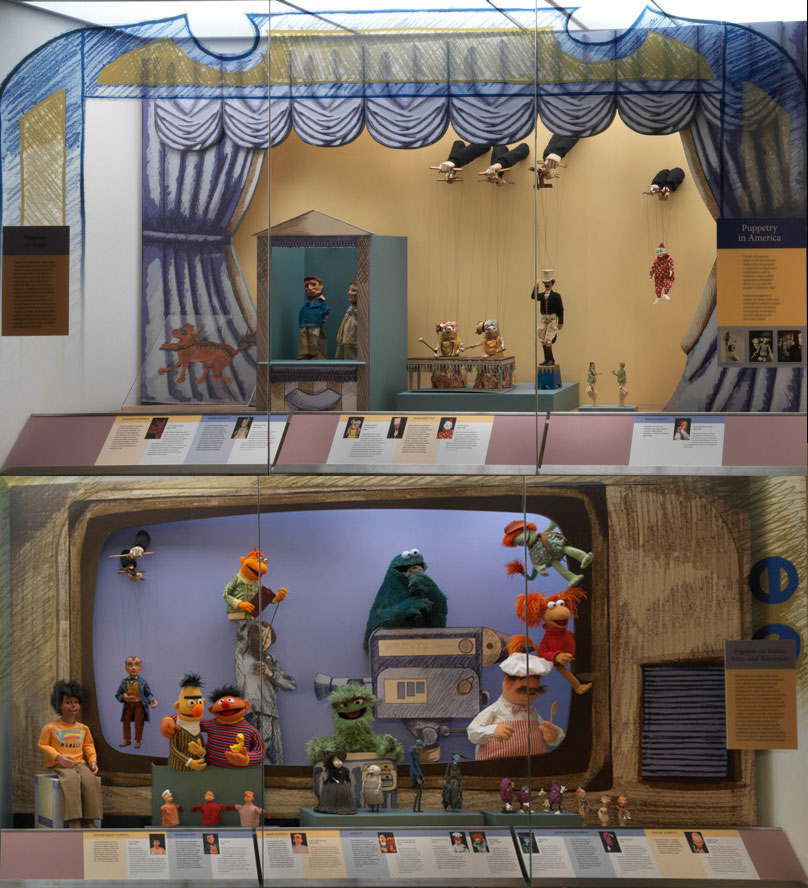 About the artifact walls

Artifact walls, consisting of 275 linear feet of glass-fronted cases lining the first and second floor center core, highlight the depth and breadth of the collections and convey that the Museum collects, studies and exhibits objects from our nation's rich and diverse history. The display is part of the special cases within the museum’s Artifact Walls that highlight anniversaries, new acquisitions to the collections and research findings.