Reckoning with Remembrance: History, Injustice, and the Murder of Emmett Till 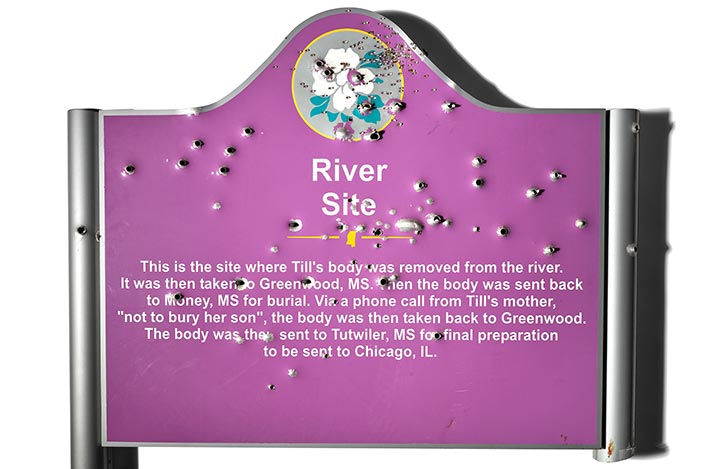 During a visit to see his great uncle in Mississippi, 14-year-old Emmett Till, of Chicago, was brutally lynched Aug. 28,1955. When his mutilated body was recovered from the Tallahatchie River, his mother insisted on an open-casket funeral in Chicago. Starting in 2008, the Emmett Till Memorial Commission erected nine historical markers to remember Till, but the signs have been stolen, riddled with bullets, or thrown in the river. This display of the defaced historical marker helped preserve the memory of Emmett Till while demonstrating the contested nature of racism’s violent legacy in America. The 317 bullet punctures further serve as a reminder that the racism that caused Till’s death still exists today and that his murderers were never truly brought to justice.