Introductory astronomy was not generally taught in mid-twentieth century American high schools, but programs to widen children's familiarity with the subject expanded in the post-Sputnik years. Those interested in various properties of the earth—geologists, geophysicists, meteorologists, paleontologists—joined with astronomers to create a new course of study called "earth science." Textbooks in this area incorporated observations from space as well as from earth. 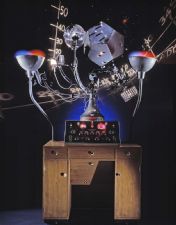 Craftsmen have made mechanical models of the motion of planets from ancient times. In the 1920s, the German firm of Carl Zeiss began manufacturing planetariums with optical projectors that produced images of the stars and planets on a domed ceiling. Armand Spitz introduced the first successful American-made optical projection planetarium in 1947. It was inexpensive enough to be purchased by many communities. Montgomery College in Takoma Park, Maryland, bought this example for $6,000. It was used to teach students from elementary school through college. 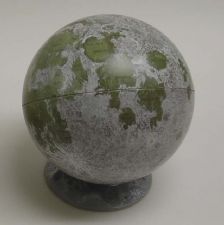 Space exploration greatly increased human knowledge of the moon and the planets. Instrument makers strove to incorporate the new knowledge in their products. On October 4, 1959, two years after the launch of Sputnik, the Soviet Union sent up the Luna 3 spacecraft, which photographed the unknown back side of the moon. The United States soon followed. In 1963, the Adler Planetarium and Astronomical Museum in Chicago, working with Replogle Globes, Inc., issued this moon globe. Large regions of the back are blank, as they had not yet been clearly seen. The metal sphere was 6 inches in diameter and cost $2.95. Advertising copy claimed that the globe was of great educational value and would make a fine gift for anyone interested in the space age. 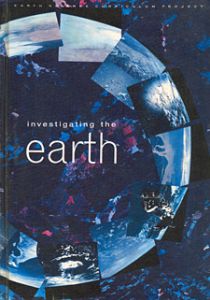 In the 1960s, American students often could study general science in ninth grade and biology, chemistry, and physics in the following years of high school. The Earth Science Curriculum Project, a joint endeavor of the National Science Foundation and the American Geological Institute, sought to replace general science with a course that encompassed geology, oceanography, meteorology, astronomy, and the history of early life forms. Draft versions of the text were prepared in 1964, 1965 and 1966, with this commercial version following soon thereafter. Because the project began relatively late, it could incorporate some discoveries made from space. Versions of the book remained in print at least through 1987. 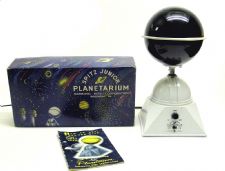 Armand Spitz and manufacturer Thomas Liversidge designed inexpensive planetariums for home and classroom use. This instrument had a molded plastic globe with over 300 stars punched in it. First sold in 1954, it cost about $15, and remained in production for nearly 20 years. 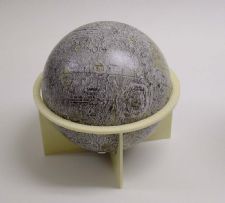 By 1969, photographs taken from space made it possible to map the entire moon in detail. Two American astronauts, the first people to visit by satellite, were to land there that July. The Adler Planetarium and Replogle issued this updated lunar globe, which showed not only the cartographic features of the moon, but the site of earlier and anticipated lunar landings. According to advertisements, the globe would make it possible to easily follow the orbit of astronauts. It also was "ideal for stimulating children's scientific curiosity."
‹ Physics (page 2 of 2) up Chemistry ›