Upending 1620: Where Do We Begin? examined the early encounters between Wampanoag peoples and English colonists, and the important legacies of those encounters over the next 400 years. Those initial meetings became the subject of powerful myths, when later Americans reimagined the English as "Pilgrims" and founders of the U.S. nation. Exploring the evidence that upends these myths highlights Wampanoag experience and persistence through the centuries, and invites a fuller understanding of the colonists’ views and motivations as well. The display highlighted the origins and evolution of Thanksgiving and the emergence of the National Day of Mourning, a protest first organized in 1970 in an effort to counter the Pilgrim myths. Objects on display included a 1998 Day of Mourning protest banner, a Wampanoag wood splint burden basket, and a handmade Narragansett drum, as well as fragments of Plymouth Rock and a chest that descended in the family of a Mayflower voyager.

About the Artifact Walls

Artifact walls highlight the depth and breadth of the collections in hundreds of linear feet of glass-front cases lining the center of each floor. They reflect the museum’s core mission to collect, study, and exhibit objects from our nation’s rich and diverse history.

Image: Day of Mourning banner, 1998. The banner refers to the wrongful arrest of 25 participants in a 1997 commemoration.

A Smithsonian Learning Lab collection for middle and high school students accompanies the Upending 1620 exhibition. Students are invited to review what they might already know about the English Pilgrims’ arrival in Wampanoag Country, explore more about their first encounter through exhibit objects, and reflect on what they learned by practicing their thinking routines. 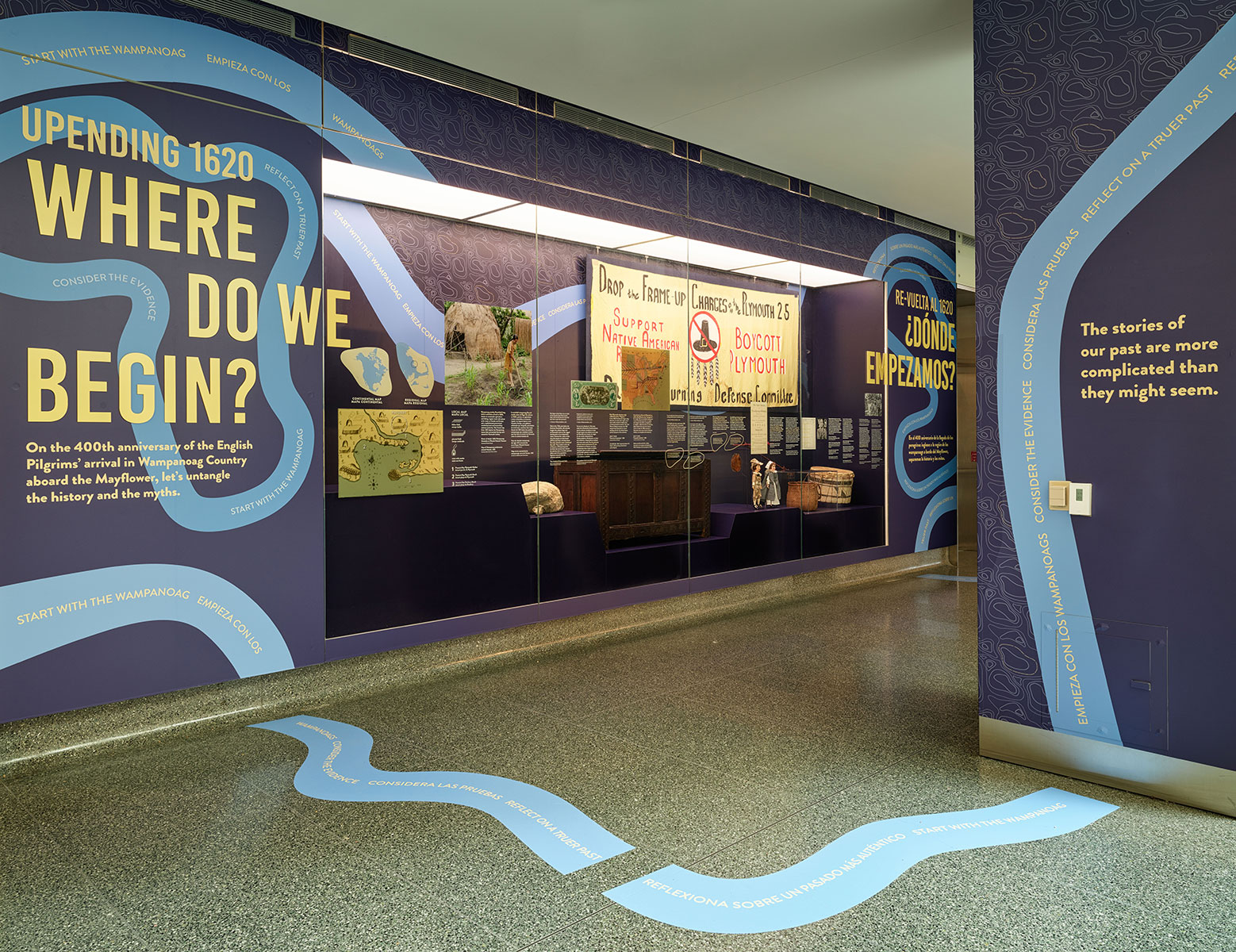