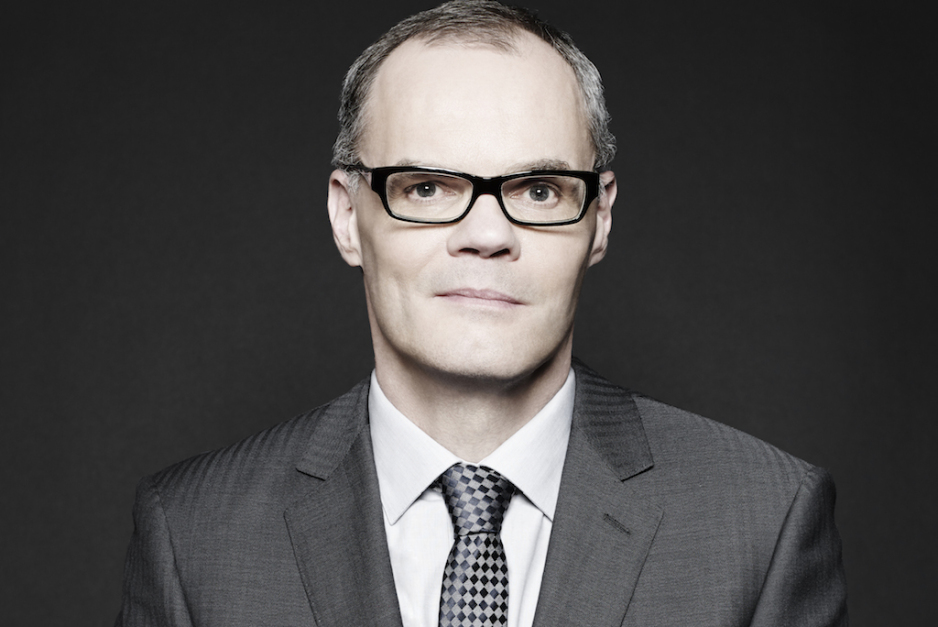 I was born in the small town outside of Leiden in the Netherlands, which is called Oegstgeest. Both of my parents were born in Indonesia in the 1930s, which at the time was a Dutch colony. They had a wonderful youth in Indonesia, until the invasion by the Japanese, and spent about three-and-a-half years in Japanese internment camps. My mother then actually moved to Canada and Curacao and eventually back to the Netherlands. My father, as a refugee, went to Australia. They had the opportunity to come to the U.S., for their belief that there was no safer place to be in the world then the U.S., [and] that I and my sister would have the opportunity to live a better, safer life than they had.

My father was a medical student and at first had a Fulbright Scholarship, which brought him to Altoona, Pennsylvania. After the year scholarship was up, my parents returned to the Netherlands, and my father began actively looking at opportunities to emigrate to the U.S. fulltime. I was two years old when we came to the U.S. We landed in New York and changed planes, and I had my first Coca-Cola and kept my parents awake the entire flight from there on to Seattle. I remember my first seven or eight years in [an] apartment building which was largely a place with families with young children, many of whom had emigrated to the U.S. from all kinds of different places.

There was always something slightly contradictory in the goal to assimilate. If my parents, despite their accents, were asked where they were from, they would say Mercer Island, Washington, not the Netherlands. They joined a bowling club and went to a church which had nothing to do with their beliefs. At the same time, when they were with each other or with us, they defaulted to what was most comfortable, and so I learned to speak Dutch at home. Over time the language of the house evolved into something of a Creole of our own spontaneous making, and one didn’t really pay attention to which language was being spoken and where. I made an effort to speak Dutch with my children from when they were born, as part of a specific agreement with my wife. And to this day, I have really only spoken Dutch to my kids except in the presence of their friends or in a broader conversation. To me, it is so automatic; I don’t really think about it.  In some ways I feel blessed having two mother tongues.

I always had the sense I had a funny name, and that stood out. And I remember sometimes wishing people could call me Mike or something that I wouldn’t have to explain. I remember resenting being called German. While I feel at home in two cultures and two languages, I never feel entirely at home in either. I live in a space somewhere overlapping in both, but not quite entirely in either. As my career progressed, the fact that I had a sense of the rest of the world and a facility for languages created opportunities for me. And particularly as you progress through large organizations, it’s a distinct feature that picks you out of a crowd. I remember one company I was with: We were headquartered in the U.S. [and] made a tour of operations in Europe, and the president of the company heard me speak five languages over the course of a week. Lo and behold, when the “Head of Europe” role came up, my name popped up in his mind. I have to believe I benefited from something that was inadvertently given to me when I was young.

I’ve been in business, in some form, a little over 30 years. I think there has been a continued transformation in many aspects of American business culture. [There’s] a sincere focus on diversity, for example, which I think at one point was almost out of a sense of obligation and more defensiveness. Businesses that are very successful today understand and appreciate the extraordinary value that being diverse can provide—in having new ideas, in drawing from a larger talent pool, and better identifying and understanding a very diverse consumer or customer base. I think that has been something where I’ve seen real progress in the mindset of business.

The two sports I’ve been most passionate about in my life are running and soccer, and I somehow identify long distance running as being not typically American, at least at the time. Somehow more European. Soccer [too] for the obvious reason. As it turned out, given the closeness of the Dutch culture, I ended up having a Dutch soccer coach for many years. When I was 13, having my father splurge on having us be able to watch the World Cup final on closed-circuit television—that stands out rather sharply. That was quite an event for me at the time. I suppose I feel most American today when I’m with my college friends, and I have that sense of camaraderie.

[A] sense of timidity or vulnerability is something—that if you’re new to a place, and if your parents are, [and] they are intimidated by a place—that becomes something you need to overcome and have the spirit to be able to see beyond. I think the power of America as a place is you can arrive, and where you’re from or who you are matters so much less than what you do and what you can do. And, in an evolving society where income distribution is more extreme, and where opportunities may be less open (or maybe challenging in different ways), I think it’s so important to communicate the sense of hope and opportunity. That should be part of not just people arriving, but those of us who are already here—recognizing what continues to make America such an exceptional place.

My wife is from an Italian family and a Midwestern Swedish-German family. She and I lived in the Netherlands when my kids were young, so she has developed a proficiency with the language, and therefore has made it easier for me to speak Dutch with my kids. Otherwise, if my wife really didn’t understand, it would be a bit more of a conspiracy! But she’s been very supportive of us maintaining that side. While I, myself, never had the experience of being in a Dutch school, my three children have, and so we have been able to continue the bicultural part of our lives. And, for me as a parent to share that with my children in that way, I think, has been a wonderful way for us to be closer. Speaking Dutch (and the only people I ever spoke Dutch with were family, relatives from Holland, or friends) to me it’s always been the language of people with whom I’m familiar. And I remember first going to Holland and it seeming slightly odd speaking Dutch to people on the street that I wasn’t connected with. The other thing I notice is I have a different sense of humor when I speak Dutch because it just comes more naturally.

America is a coming together. Many languages and cultures that are here are part of the American experience, and that I think is distinctive: a country that’s formed by immigration. 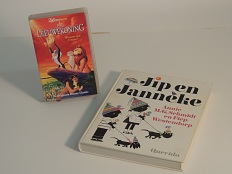 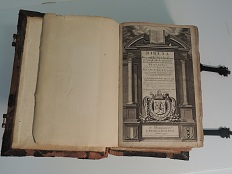 Van Paasschen family bible from 1736. The family also donated a menorah to the National Museum of American History, reflecting their diverse religious history.