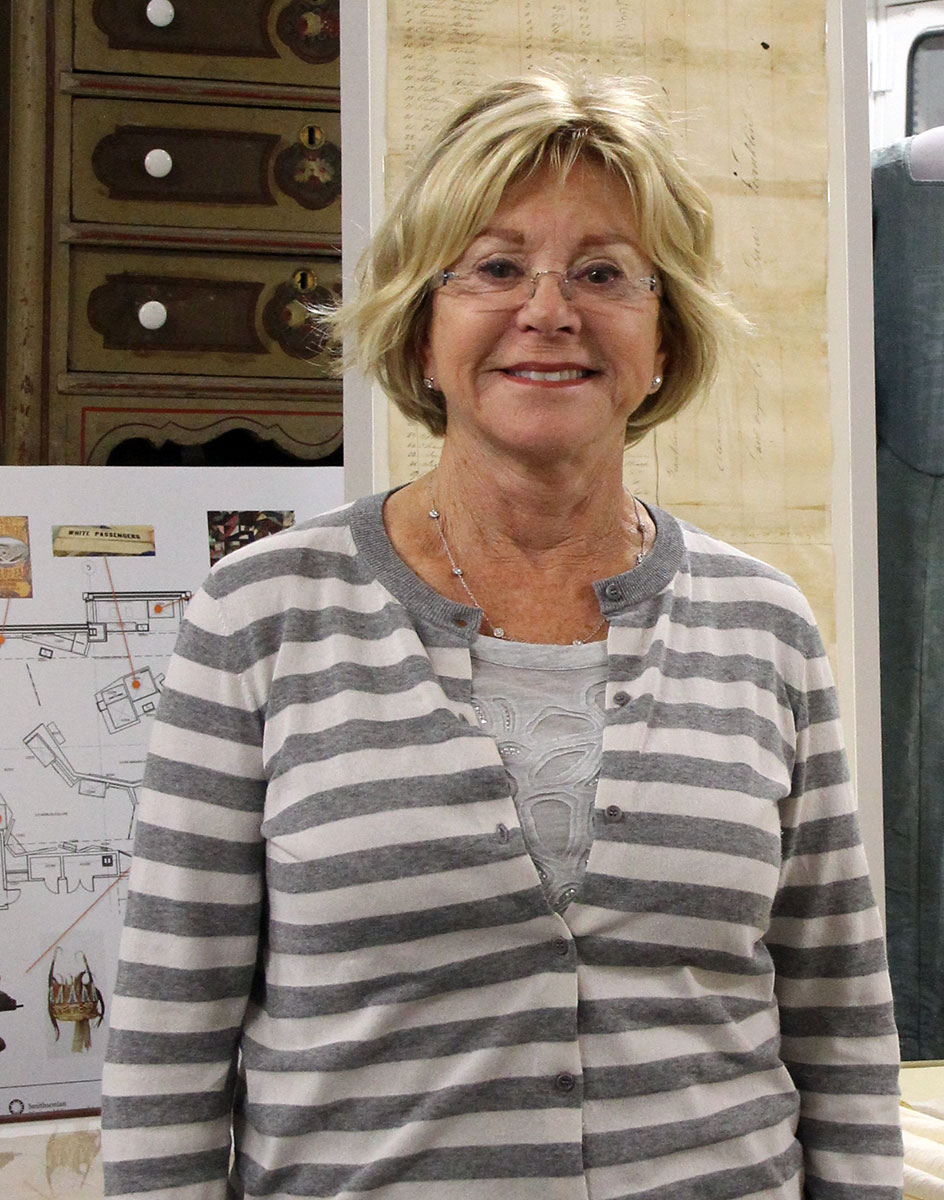 Ann Ratner, Co-Founder, Hair Cuttery and Bubbles; excerpted from an interview with the National Museum of American History, November 10, 2014.

I was an only child with hardworking parents. My father was an engineer; my mother worked in a factory and made clothes. I grew up in Manchester, England, and my grandmother was very supportive of the royals in England. We spent Christmas Day with my grandmother, and she would listen to the queen. We couldn’t eat until after the queen’s speech. So we would wait, and they’d play the national anthem before the speech, and we’d all have to stand up. Then we’d sit down and listen to the queen, and then we were allowed to eat. My father was born in Coventry when my grandfather played soccer for Coventry City. But my grandmother had photographs, amazing photographs. As a child she’d let me go through certain drawers and cupboards, and see all these fabulous pictures of my grandfather, of the royals.

I was very athletic. I was a good tennis player, and even when I came to America, I played in all the tennis leagues. I played many sports. And skiing! When I first married Dennis, I think I had skied one time before. And he says, “Well, I’ll see you down at the bottom of the slope,” and when he got down, I was right by his side. He goes, “How did you do that?” I said, “I have no idea.” I feel like I was always very fortunate. Sports are so great for you because it’s so easy to meet wonderful people.

I left school when I was 16. I did not go on. [With] education—if you weren’t pushed to go to the next level—it was either a nurse, secretary or you took shorthand typing. I could not be a nurse. I could not stand to work in an office. My mother used to get her hair done, and I used to go with her all the time. And I thought, “Well, you know, maybe this is something I could do.” And so I would go with her and hang out, and got to know the lady that ran the salon very well. They used to have all these clamps and sizzles, and it smelled terrible. And I used to think, “Well, I’m not sure this is really for me.” But I felt like I had no choices.

My first job as an apprentice was a long way away from where I lived. It was very difficult to get a job at that time, and I had to take two buses to get there. I would get home at 9:00 at night. I did this for about three months, and my mother said, “This is ridiculous. This is not a life for a young girl.” And she had found an ad in a newspaper for the first ever beauty school in Manchester. It was called the Ken Pearson Academy. I can’t remember how much it was, but in those days, it was expensive to go to this school. And my mother says, “I don’t care what it costs. We’re going to go for an interview, and if they want you, I’m going to make sure somehow you are going to this school.” I went to the school, and it was this amazing place.

I got a job in a very high-end salon, which I absolutely loved. It was nothing like that salon my mother used to go to. As I got older, the industry definitely changed. And I ended up working in a very, very nice store that was very high end. I started as an assistant because it was so high end. You didn’t start as a stylist. You started as an assistant, even though you’d gone to school. And that was the beginning of everything that changed for me. I think that’s what gave me the incentive to want to see the world, to look for a better life, and I credit my mother with that.

When I left, my mother was so brave. I know she was heartbroken when I left. But she said, “I just want you to love life, and I know there’s a great world out there.” She was very upset that I was going to America, “because I don’t think you’ll come back from America.” [But] I was bored. I was always going to the next step, the next level, always wondering, and then the salon I worked in, I ended up being the salon manager. And then it was like, there’s got to be something other than this. This is okay. This is good, but I would like more. I was 19.  I was always traveling with friends.  So this was the first venture into doing something totally by myself.  And so here I am.

When I got to America, I could not believe [Americans] were still setting hair. I hadn’t set hair in a long time. So I knew that there was opportunity in America. All I wanted to do was really open a salon, because it was such a beautiful part of the business. Vidal Sassoon, with the geometric haircuts—it was just a whole different industry. You had Twiggy, the Beatles, the Rolling Stones. I mean London, Carnegie Street, people dressed crazy. When I first came to Washington, I was so—it seemed so dull in comparison. But I ended up meeting Dennis, and getting married, and having two daughters, and staying in Washington.

Dennis had started opening salons with his father. He had planned to open a lot of salons at the time. But we could both see that times were changing. And I really felt that the perm and the rollers was not the way of the future. And I kept telling him, “We have to do something different. We have to do something different.” And in the end, I thought I would do it myself. The first salon was in Springfield, Virginia. This was going to be our first unisex line. We made a total switch from roller sets to blow-dry. And I think it was the first in Washington. So it was totally a different way of doing business. And it was a different environment in the salon. And that was the environment I wanted to bring to our first salon.

I guess I am bicultural, but I really see myself more American. I go back to England every single year, and I love it when I go back. I really do. I love the people. It’s just a different way of life. Do I want to go back? No. Because my family—my two daughters are here, my little grandbaby’s here. I don’t want to go back. I definitely see myself as more American. I do think America is more of a land of opportunity. I really do, because I think it’s so much easier to do things here. I love the diversity. I love that anybody can be successful in America. Immigrants, I think, never give up. My first salon failed. I had a salon in Silver Spring [Maryland] before I met Dennis. But I never gave up. I knew that I could do this, and I think one thing that entrepreneurs have that takes them further is the fact that they don’t give up. 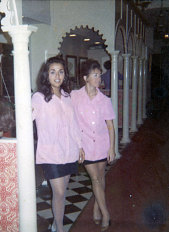 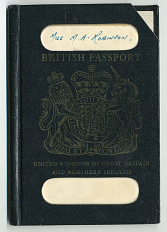 Ann Ratner’s British passport when she immigrated to the United States. 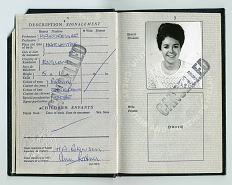