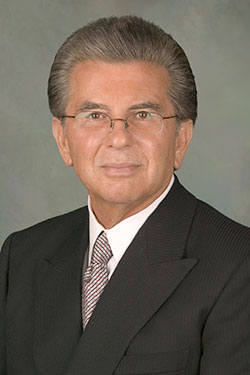 My mother and father were both born on an island called Evia, which is northeast of Athens. It is mountainous and very pretty, but really not a tourist area. Most people have never heard of it.

It was tradition in their village for the oldest son to leave, find work, and send money back to the parents once the youngest daughter was born. My father went to Argentina because it was the largest exporter of beef and they needed people working in the docks to load refrigerated ships. My father was there for 8-10 years. Then, he jumped on a ship to New Orleans and eventually hitchhiked to San Francisco where his brother was living.

His first job was digging ditches to build the street cars on Market Street. He was the only Greek, everyone else was Italian. He spoke Spanish because of his time in Argentina and so it was easy for him to pick up Italian too. He worked hard and like many immigrants, eventually he returned to his home country and had an arranged marriage with my mother on the same island where I was ultimately born some years later.

My father brought his bride back to San Francisco. My poor mother didn’t speak a word of English and my father spoke only broken English. He soon opened a little Greek coffee house for the Greek community. Then something miraculous happened. Prohibition. In Argentina, he had learned how to make liqueurs, so he made fabulous liqueurs in his coffee house and sold them to the San Francisco Police Department. Suddenly, he was doing well and buying homes, duplexes, everything.

My sister was born in 1934, and my father decided “this is not my county; I don’t know what my future is here.” He sold everything he had in 1939 and returned to Greece. In 1940, Italy attacked Greece. I was born in 1941, and the world was raging. The end of the war came in 1945, and my father, who was prosperous at the time, lost everything. So we came back to San Francisco to live in a tough blue collar area called Potrero Hill. My father got a job as a laborer again. He had to start over. It broke his heart and broke my mother’s heart. My mother and my father remained Greek through and through. Every night: “The water is better in Greece.” “The food is better in Greece.” “Everything is better in Greece.” After he retired, my father would go to Greece for a year at a time because he was never comfortable in the United States. It was just always a foreign country where he was forced to go to make money to bring up his family. 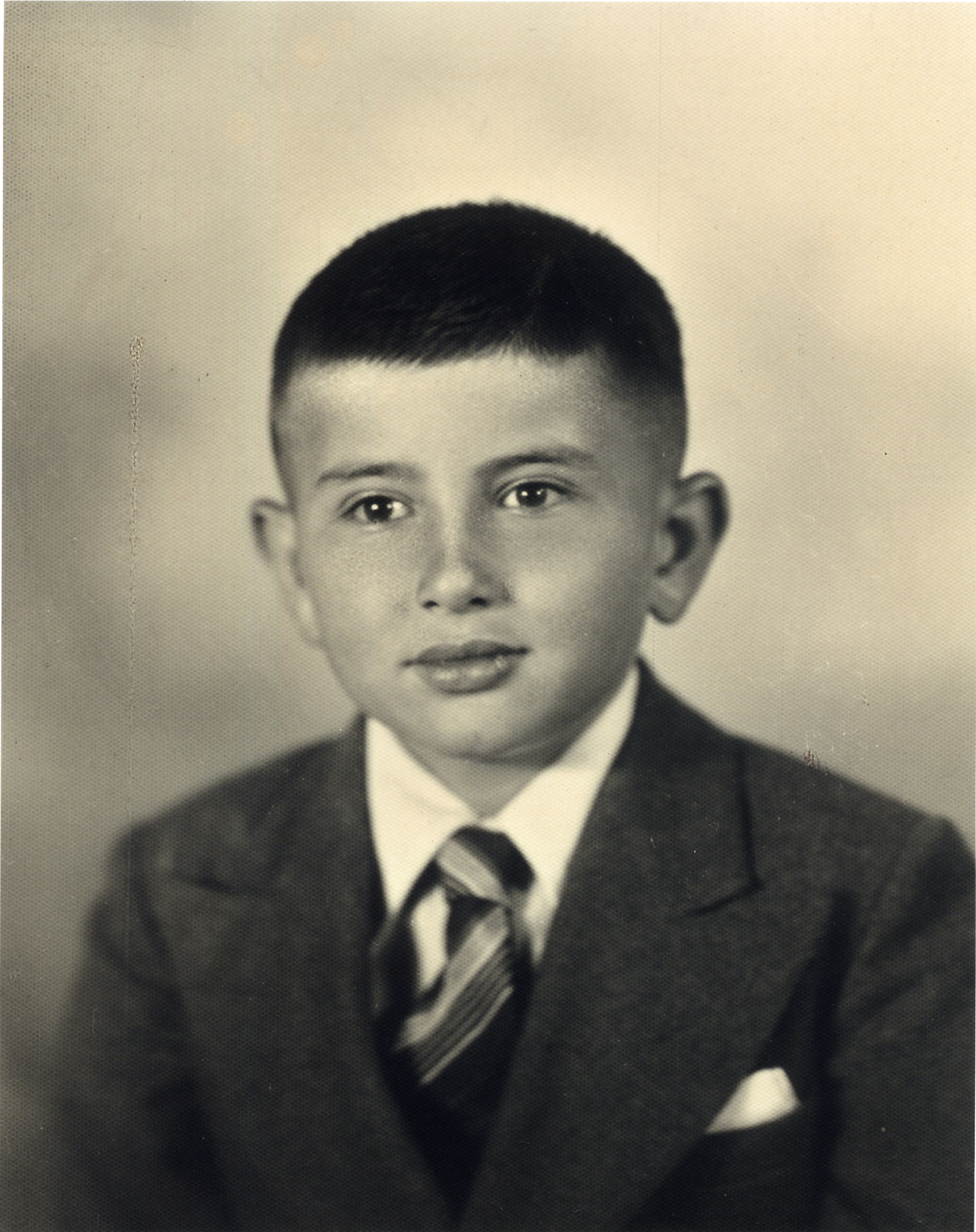 I wanted to be American more than anyone in the world. I started elementary school in San Francisco and it is still there, Daniel Webster Elementary School. In school, friends of mine called me “The Greek,” because of my name, and I was always proud of my heritage. But I was not going to put it on my lapel and say, “I’m Greek.”

My mother was super religious; we would never miss church. That was the Greekness part of my childhood. Church for the Greek-American community was the only place that you maintained your heritage and your religion combined. We had dance groups, we had choir groups, Sunday school, Greek class. Success was defined by how often you went to church. You could have six PhDs and be a billionaire. But have you been to church lately?

When I finished high school, I joined the service because I needed to get away and break the cycle. I was in a relatively large military base and I ran the post’s theater. I had other occupations as well that were extremely profitable. I never saw a girlfriend or went off base, I just worked.  I knew I couldn’t go to school if I didn’t have a little bit of a nest egg. I gravitated to commercial activity because it came easy to me.  I was always fair, reasonable, and highly ethical, and I was driven to be the best that I could. I believe there is an opportunity everywhere, it’s just in front of our nose and it just depends on what we do with it.

I got out early, went to Golden Gate University, and then transferred to San Francisco State. I graduated in two years with a B.A. in economics. I was living at home, driving my Volkswagen, and doing very well in school. I was reading everything I possibly could. In fact I had a 100 book reading list, on top of the reading requirements for class. I’m not sure if it is genetic or nurture versus nature, but I like hard work and discipline.

I got married, graduated from college and got my first job the same weekend. Judy was my best friend’s sister. She is American, through and through, Scotch-Irish-English-Dutch-German and devoted Catholic, which was not my mother’s favorite idea. Judy was a school teacher, making 400 dollars a month for us to live on. And then she became pregnant and couldn’t teach anymore. So I really had to step it up.

I started as a young officer at Bank of America thinking I was going to grow there. A seminal point in my life happened less than six months later when my boss asked me to come in to his office, and he said: “You are putting out too much work, George, slow down. You are making the rest of the executives look bad.” And I just almost jumped out of the window. I thought, did he read Horatio Alger? So, I went to work for a real estate company, which was interesting and really fun, but it was a family business. Soon I looked around and said, “There’s no hope for me here. The longer I stay, the more time I’m going to waste.”  I then went to work for Grubb & Ellis, a commercial real estate brokerage company and after three years I left to start my own company.

It took me five years to get my company started to where it was even, hopefully, going to survive. I was starting from scratch, trying to change an industry, training and hiring people—it took a long time. Judy was so supportive and wonderful. She knew I wouldn't fail. But it was very tough. I began to form multiple companies, each one a little different. All my businesses whether they are in the development, the investment, or the service, it’s all the same: you have to be really good at executing. I mean really, really, really good at executing.

So many immigrants like me go through this Americanization thing, and then all of a sudden we wake up and it's almost like roots. We are thirty-five, accomplished, have a family and we say: “Oh my God! I'm so lucky. I was born into this heritage with such a rich texture. Let's do something about it.” So, I started forming organizations like The Elios Society with my friends and I am the chairman of the National Hellenic Society.

I became fascinated with the golden age history of Greece. Because I just may have had one molecule of Socrates’ brain in my body somewhere, my roots as a Greek gave me pride that I could do pretty much anything I wanted.

Kenny [Frangadakis] was my Greek friend since Sunday school. One day, he and I were lamenting that there are no Greek cooking schools in the world. You cannot go to learn yiayia, that's grandma or mom's food. So, Kenny and I thought, let’s go for it. Kenny's wife is a very, very good cook, and my wife is too because she cooks all the food I love that my mother made. So, we hired an Italian chef and he went to Kenny’s home six months before we opened the restaurant and worked with our wives and learned Greek food and the recipes. And we've been lucky--people wait for a month and a half to get in to Kokkari to have Greek food. 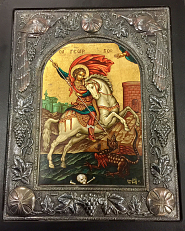 The Marcus family brought this icon of Saint George slaying a dragon from Greece to the United States. The saint's Hellenic roots made him a popular figure among Greek Americans. 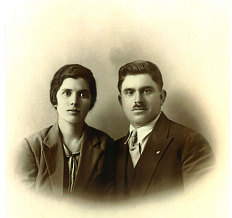