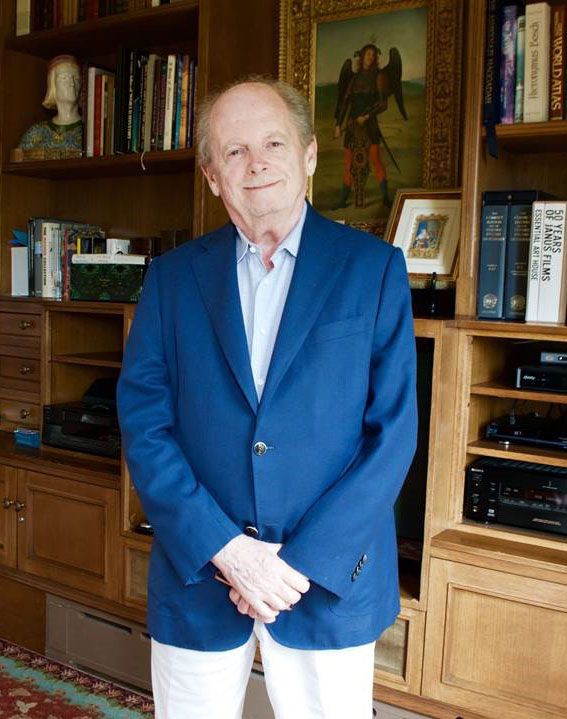 I was born in 1938 in Budapest, Hungary, from an impoverished Jewish family, and shortly after I was born, the fascist government passed the first Jewish laws, so I lived under this regime for the first seven years of my life. Most of my family was killed, only my mother, my sister, and I survived. The first thing I remember in my life is this childhood feeling of constant fear. Being afraid of being killed was a constant fear. I don't think that's unusual among immigrants. I think we leave because we are afraid. At least that is one of the reasons.

After we were liberated by the Russian soldiers, I continued to live with my mother and sister; and my mother remarried, so I had a stepfather. He also lost his family. He had two beautiful children and a wife, and when he returned from the camps, they were gone. The interesting part is the way my parents reacted to these losses. My mother, who was a very religious woman, decided after the Holocaust, if God allowed this to happen, she didn't want to have anything to do with him. So for the rest of her life, she was scared, bitter, a very difficult person. My stepfather looked at it differently. He said: "Glory Be. He saved my life. What's more, He gave me a new family." And for the rest of his life, he went to the temple every day and prayed, and he was a very happy man. So it's sort of interesting how the same event can determine our lives in different ways.

In 1956, I enrolled in the technical university of Budapest, the university where we had the first armed uprising against a communist regime. For about 12 days, we controlled Budapest. Then came the day when the Russians overran Budapest. I remember walking up and down the street in front of the Interior Ministry, guarding the secret police that we arrested. I saw this long line of Russian tanks coming across the bridge on the Danube. I looked at my gun, and I looked at that line. This wasn't going to work. So I ran home to mama. We decided that because I was in the revolution, I was in great danger. So, my sister decided it was time to get out. Let's go to America.

To get out of Hungary was very rough. My sister, her husband, their two-year-old child, and I came together. It was illegal to go within 50 kilometers of the border without official permission. So, we got on the train first, then found a bus which was going in the right direction, [and] then found a local peasant who knew how to get through the minefield to the border. We could see there was a fence that was electrified, but somebody disconnected it somewhere, and it was open at the bottom. There were soldiers in guard towers and they were shooting at us. It was pretty exciting to get through there. [Then] we crossed into Austria and we were free.

Because I had documents that I was a revolutionary, I didn't need a passport and visa, and they put us ahead of everybody else. Within another week or two, I was allowed to get on a plane, and I think that's when I was a little scared. We landed in Camp Kilmer, which is an Army camp base in New Jersey. The following day, I was taken to New York and met with my sister and her family, and then we flew to Los Angeles, where my uncle was waiting for us.

The next day we had a job. My brother-in-law and I were working. It was a little engineering firm that specialized in hiring new immigrants because they were cheap; $1 an hour, that was my wage, which I thought was wonderful.

[We lived in] a lower middle class neighborhood. We didn't know anyone. We went to work in the morning, and we stayed in the apartment pretty much all the time. I started to go to school at Los Angeles City College. I figured out that, in this country, you have to have an education. In the afternoon, I would go to the engineering firm and work there, and at night, back to the city college, and then home. I think I got maybe four hours a night of sleep, mostly on the bus. But I was going to school, which was wonderful, and I started to make some friends there.

I wrote to every university I could find asking for a scholarship. University of Arizona Tucson offered me a full scholarship [but] I turned it down because I didn't have the money for room and board. Here comes the next miracle. There was a Presbyterian minister who worked on the campus and heard that I had to turn down the scholarship. He took up a collection among the Presbyterian students. That was enough to pay for my food. He went across the street to the Methodist fraternity. He talked them into giving me a bed to sleep in, and then he went to the Catholics, and talked them into giving me a part time job, to wash the dishes after the pot-luck dinners. It was another grace of God. I went through college in two and a half years. I was in a hurry. My major was electrical engineering, and my minor was nuclear engineering. I would go home to California maybe two, three times a year. I was happy.

I looked for a job [after completing my degree]. My dean gave me an introduction to Hughes Aircraft, one of the very first semiconductor companies; I worked there for two years. I hated it. I wasn't meant to be an engineer. I asked people, “What do you have to do in this country to make some money?” Everybody was pointing at Harvard Business School, so I applied, I got in and that, of course, changed everything.

Hungary never felt like home. In fact, oftentimes I'm asked where were you born. And I sometimes answer, I was born an American, but in the wrong place. [Being an American] means being very lucky. When I think of all the things that went right, it's truly one miracle after the other. After I was 18, it was pretty much a straight line up. There is no other place in the world where I could have done what I've done here, where I could have lived the way I've lived here. It meant freedom, free to do anything. It's the only country that's ever been where a skinny little refugee, persecuted by his own country, can get everything.

I was not only a refugee, but I was a refugee twice. It's not a distinction I would wish on anybody I like. But now, I am a free man. That's my identity. Beyond that, I would say I am American [and] very proud of it. I tried to teach my children and grandchildren how lucky they are to be born here. I do have a Jewish identity. It's not a religious identity; it's more a cultural identity. I married a Catholic girl. I have two daughters who were brought up Catholic, but God has a sense of humor. They both married Jews. My grandson and my granddaughter just had their bar mitzvah, which they insisted on. Go figure. Life is mysterious.

[After Harvard] I moved to New York, was offered a partnership in an investment firm, [and] within three years, I made my first million on Wall Street, which was a terrible mistake:

I confused a bull market with intelligence, and that's very dangerous. I lost most of it, which was worth probably more than Harvard Business School in wisdom and humility.

Then I moved to San Francisco and became head of research for another investment firm. I started my own firm in 1973, another firm in 1974. The second was a venture capital firm. We were one of the first. Again, being in Silicon Valley when the boom started, and first in venture capital, I mean, how lucky can you get? I think that luck is really more than something that comes your way. The way I tell my daughters, luck is opportunities taken because not everybody jumps at opportunities. It doesn't look so lucky when you first see it.

People often ask me, "You're a venture capitalist; isn't that risky?" I just sort of stare at them. What are you talking about? Compared to what? The Holocaust or the Revolution or the electrified fence? For an immigrant, there was no such thing as risk.

[Then] I started my current profession and started the foundation [15 years ago]. It truly, truly was the best thing I've ever done. At the beginning, we focused on human rights (which is understandable, given my life history), and education and health care to the neediest. We did some wonderful things, and it was in some ways similar to being a venture capitalist.

I would say that, in America, the most challenging part was to try to regain my humanity. You know, trauma leaves a mark on you. When asked what I’m most proud of, I first thought of my children, then I was going to say my grandchildren and the foundation's work. But I think what I'm most proud of is restoring my humanity. 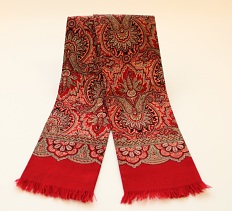