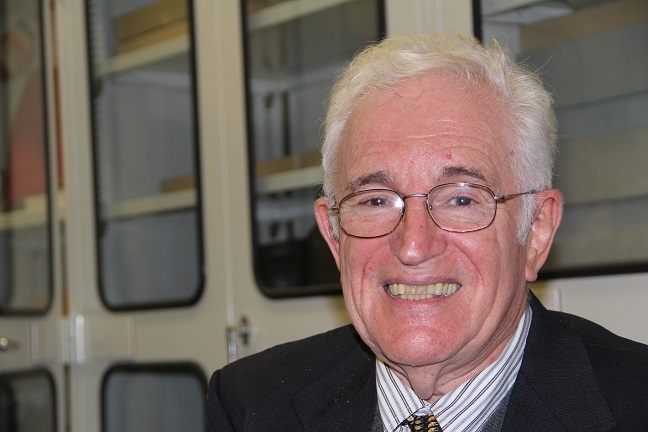 Jean-Paul Vallès, former Chairman & CEO Minerals Technologies, Inc.; excerpted from an interview with the National Museum of American History, December 12, 2014. It has been edited for clarity and ease of reading.

I was born in 1936 in Paris, France. During World War II, I was raised in Normandy. My father was a prisoner of war from 1939 until 1942. He escaped in 1942. He came back home with false papers, and both my mother and father became top people in the French underground. They got the highest decoration from World War II. My mother was the first elected female mayor [in France].

My mother hid and transported hundreds of Americans during World War II. I got to know some of them very well. They loved America of course. Then my grandfather did the grand tour of the United States and told me all of the stories of his trip. His brothers and sisters lived the American dream in America. All were extremely successful in the career they selected, all of them. I was always intrigued by that.

I came as a tourist to visit New York and get a feel for America. At the last minute, I decided to learn and improve my English, so I stayed another few months as a student at Columbia University. Then I went back to France [for exams], brilliantly passed, so I stayed and finished, and got a master's in France. I had a difficult choice to make in 1960: be drafted in a tank division in Algeria and fight in Algeria, or to come to New York University and be the research assistant to the guru of management. His name was Peter F. Drucker. So I decided that was wiser. So I came here and did a master's in nine months. Then I was drafted and this time they sent me to the Air Force. But before I left, I had an internship at the company called W. R. Grace. I was very lucky because De Gaulle signed the peace, so instead of doing three years in the military I did only 18 months. I got out with all my friends who did three years. Then I was looking for a job, and I got a letter from Peter Grace saying, "Dear Mr. Vallès, you have a master degree in France, a master degree in the United States and we are expanding in Europe. So why don't you come and work for us and have a great future?" And almost as a second thought, "P.S. If you want, we will also finance your doctorate." So I said "Hey, I'll come!" I finished the Ph.D. while working. I think I still have the record at NYU, from the time I started to the time I finished, working full time. I did it in 27 months.

So after five years at W.R.Grace, I got a call from the chairman at Pfizer Inc., and he said (by his secretary), "By any chance, are you free tomorrow?" I said, “Sure.” So I studied what Pfizer was—I had no idea—and I saw him at 1:00 p.m. I was still with him at 5:30 p.m. I knew I had a job. I worked for the CEO of Pfizer for three years. And I worked for the next CEO for 19 years and the next CEO for three years. Then a new company came out of Pfizer. I became the CEO of that. One thing that is marvelous in America, really marvelous: When I was 36, knowing nobody, and I came to the United States having not a penny to my name but having a great education…and I become a top guy at Pfizer Inc. I knew on that day that there is no way I could go back to Europe because even if they made me president of Pfizer France or Pfizer Europe it would be a demotion. So I couldn't go back. So that's why I decided it was time to become a citizen. I became a citizen October 6, 1976.

I work very hard; I sleep very little. When I was hired by the first CEO, we made a deal. (By the way, I always called him Mr. Powers all my staff called him Jack. In France, I can't call my boss by their first name, so he was always Mr. Powers until he retired.) I said, "Listen, I work very hard. The purpose of life is to do what you are supposed to do, as fast as you can do it and as well as you can. However, I'd like you to know that I intend to leave the office at 5:00 p.m. every day, take the 5:44 p.m. train home, have dinner with my kids, stay with my kids and my wife, and from 9:00 p.m. on, I will work at home until the task is finished." But I always went home at a reasonable time. One of my golden goals was for the family to always take a minimum of 14 days of vacation and always take a trip somewhere. We traveled a lot with the kids and my kids still do it.

When I decided to become a citizen, the ultimate, final decision was when I went to France for Christmas with my wife and children. I went "home" for Christmas with my family. And when I arrived there I realized "home" was not Saint-Saëns, France; it was Bedford, NY. I knew very few people in Saint-Saëns anymore. The world has moved on without me. I knew some people, but it was a different world. It was no longer "home." That's the final decision to apply for U.S. citizenship. Home was Bedford not Saint-Saëns.

Being an immigrant, I was really always treated equal. But I think you have to be careful about generalizations. I think that there are two classes of immigrants. They are completely different and face completely different worlds. There are the highly-educated, specialist, innovating people that came here because they want to take risks and opportunities to make a major, major contribution. Then you have what I call the large percent, the people that come with no education or poor education, and are trying to find jobs here and there. So these people are facing a completely different set of circumstances, and if you ask the same questions as you asked me like "How do you feel being an immigrant? Do you feel that people resented you?" you will find exactly the opposite answer. And I know it. I'm lucky. And I think, personally, that it is tougher and tougher to achieve that dream today than it was when I became a citizen. The other group is a world apart. Completely apart. It's a much sadder world, a lot more discrimination.

Why did all these people came here? Because if you are willing to work, take risks, seize opportunities, there is no country like this one to make it. None. But you know, this is a tough country. They have to realize it is a tough country. 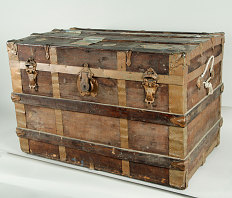 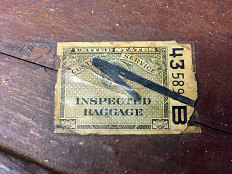 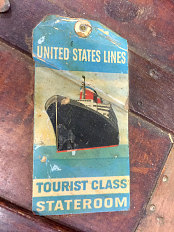