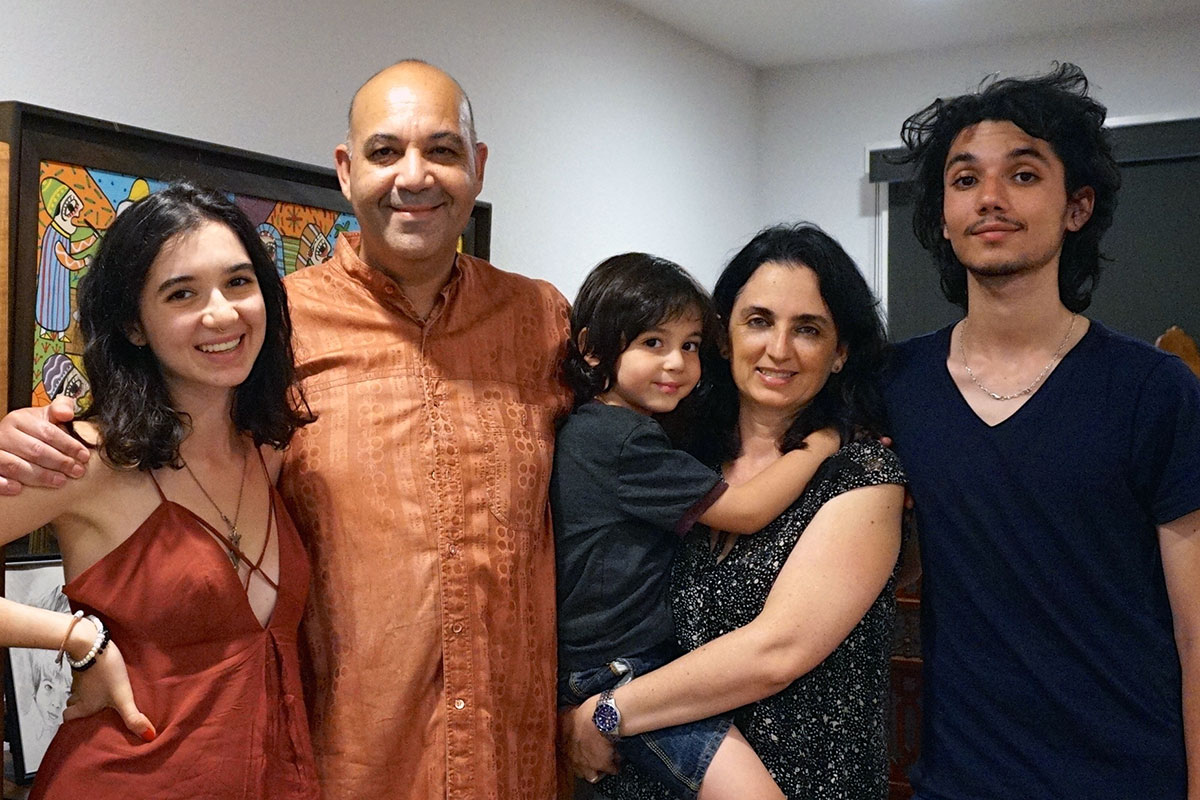 I was born in Morocco, into a family of Algerians, not even Moroccans. But I was born in that country, I grew up in that country. I was raised as a Moroccan but with strong Algerian roots. I had the opportunity to be educated, and, later on, I had the chance to go and pursue my higher education in France. And I always say that the real hero is my dad. He is the hero because our roots and my family—my origins—are very, very rural. But he got lucky because one of his uncles was working in the French school, and he talked the schoolmaster into taking this little boy in the school and putting him in class, and then maybe teaching him something. He graduated as a science major and then later became an engineer, and that's when he started his journey. So I am one of the luckiest people who actually had a dad that could do that.

We were part of this community, [and] the community is like several boxes. You're part of a group of people that believe that they have a say in who you are, whether they're your dad or not; they feel responsible for you. The term "uncle" extends many generations, or horizontally and vertically, as much as they want. I grew up in this environment where you get instructions and advice from everybody around you, and you feel very protected. We grew up enjoying all of the traditions that you can have in a country like Morocco, whether it's religious or non-religious.

I have been an immigrant in two places—two major places—so far. The first time, I was an immigrant in France for 17 years. I went to school, then found a job, stayed there, married, had my first kids in France. At the end of my studies, I was in high demand. I was an engineer, and I was in computer science, and computer science was something very much in demand. So I got a job, and became an immigrant, and became French actually later on. And then the second time was different, because after many years in France, I went back to Morocco, where I stayed 14 years. Then I made the second decision, which is much later in life—where the risks and the rewards are different—and I made a decision that we would come to America. The first reason why I came to this country (and I came here and spent two and a half years in the U.S. without my family before they joined me) was for the job. I wanted to come here because, obviously for my career, it was good, and I could see a lot of other opportunities. But it was a risk to leave a place where you've been for 14 years. You've invested, kids are happy, and then suddenly you decide to take them to the other side of the world. But it always was a dream: America and California. It was a dream, a kid's dream. That's the second reason, and I wonder if the first one is the second one. People in the rest of world, especially kids, are already American very early on. They are so much influenced by the culture, by what they read, what they see, by the TV—these kids almost become American. Because they already know everything; they have all this stuff. So that's exactly what happened—in my country or elsewhere—America, for us, was a dream. It was the dream to go to.

Now when I arrived here, I found a number of things that were relatively easy, but [other] things became very much more complicated than I anticipated. I thought that being who I was, having succeeded the way I had succeeded back in Morocco—just open a bank account and the bank [says], "Welcome Mr. Fellahi. We love you, and we're here, and here’s whatever you want." And suddenly I realized that it was different. It was something called FICO that I had no idea was important. The fact that I bought my cars with cash was not good, and it took me two years to be able to build this credit score, which then allowed me to take a loan and then make the investments that I wanted to make. This is the case for many immigrants. So I had to adapt to those little things.

I think of myself as a multicultural person. I'm very comfortable in my original culture, and if you ask, "When do you feel Moroccan?" "All the time." But I am American all the time too. I am not American as a citizen yet, but I am American all the time. I think like an American not because I want to; it's because I actually relate to all the things and I see them from that perspective. There's a wide spectrum of political belief in this country that's wide enough to be able to fit in somewhere, but I relate to people and the way they think, and I feel comfortable in that way. So I feel like I am at home here. I never feel out of place. We speak Moroccan with the kids, with the little ones. We have to speak Moroccan because it's so easy to lose. And the reason we do this is not because we want that kid to feel he's Moroccan. We want him to feel he’s Moroccan, American, all of these things. We don't want to lose that richness; it's a piece of DNA that we carry with us, and we want to keep it because we believe it makes us stronger.

Music is important too; we are addict listeners of music. I listen to Moroccan radio when I jog every weekend—that's what technology is allowing today. You can be everywhere, that's the thing. So I listen to the station in Morocco that gives news and music. And I actually know as much as my friends who live there. I know as much! I look at the Web newspaper and stuff, so I keep informed of what's happening in France too.

This country, or this state of California, is made up of different communities. All of these people have something in common: They may have crossed borders but their hearts are in two places. They have people that they care deeply about; they have responsibilities to help those folks. At least the first generation, but actually we know the second and third generation, especially in some communities, keep those strong links. It’s actually very surprising how you can see some third generation people still communicating and sending help and money, and going and traveling back home in some communities. So even though they've been here—their moms and dads were born in this country, and they were born in this country, they feel a strong link. They actually send back stuff, and that stuff may be money. Some of that stuff may be culture, may be ideas. Maybe they have a project. Maybe they want to teach their people. So I feel extremely privileged that I do a job that enables and helps that.

I was very happy to come here, and I was happy to be able to demonstrate to myself—demonstrate to the world—that even though I was educated somewhere else, even if I grew up in a completely different environment, I managed to come here and be recognized as someone who can be a strong contributor to business. So I am proud of America. That's funny to say that, but to a large extent, I am. So it's funny because it's not about me, it’s about the country. That's what I would say I’m proud about here.

This treasure of diversity, this treasure you brought from another country—don’t lose it. Don't become assimilated only; that's bad. If you brought that DNA, then make it part of the country. 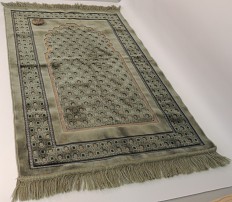