Betty Ford was thrown into the role of first lady on August 9, 1974, when Richard Nixon resigned and her husband, Gerald Ford, was sworn in as the thirty-eighth president. The public quickly got to know the candid newcomer. Newspapers across the country covered Mrs. Ford’s September press conference, the first formal press conference held by a first lady. Stories reported that she would campaign for ratification of the Equal Rights Amendment, leaned toward supporting abortion rights, and encouraged women’s active participation in politics. In late September the media covered her diagnosis of, and surgery and treatment for, breast cancer. Her open discussion of her illness generated an outpouring of public sympathy and heightened public awareness of the disease.

“Once in the White House, she began to speak out with refreshing candor.”
—Time magazine, October 7, 1974 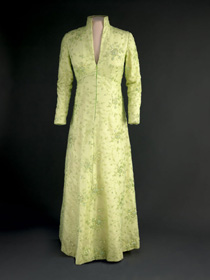 Betty Ford wore this pale-green sequined chiffon gown embroidered in a chrysanthemum pattern to state dinners at the White House for the shah of Iran in 1975 and for King Juan Carlos of Spain in 1976. The dress was designed by Frankie Welch. Since there were no formal inaugural celebrations when Gerald Ford became president, Mrs. Ford chose this dress, in her favorite shade of green, to represent her in the Smithsonian’s collection. 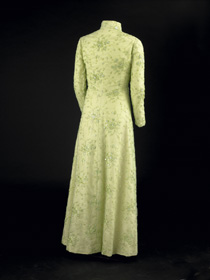 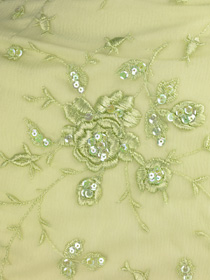 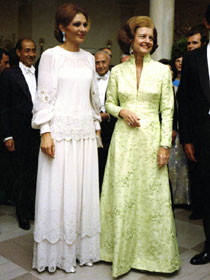 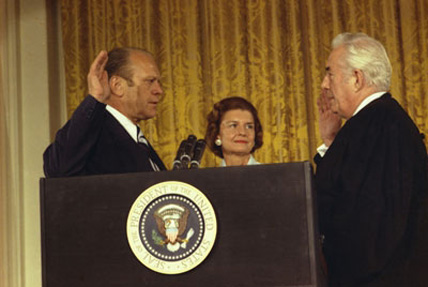