First ladies can be highly visible figures. They often seem to embody the accessible and emotional side of the presidency. Impoverished veterans unable to see the president applied for help to Martha Washington. Eleanor Roosevelt received thousands of letters from people asking for assistance during the Depression.

As first ladies have become more familiar public figures, they have been able to inject candor, humor, and glamour into the presidency as well as express compassion and concern for Americans.

Less constrained by an official position, first ladies may sometimes speak more candidly about controversial topics than the president might. Not all women agreed with Betty Ford’s frank opinions on feminism, sex, and abortion, but most appreciated her open discussion of her diagnosis and treatment for breast cancer. Her example saved lives as more women went to be tested for the disease. 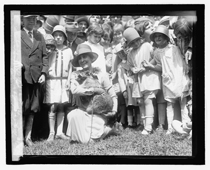 First ladies can provide a balance to the public image of the president. Grace Coolidge’s charm and gaiety added warmth to the somewhat dour Calvin Coolidge. Public appearances and events like the White House Easter egg roll provided photo opportunities that popularized the Coolidge presidency. 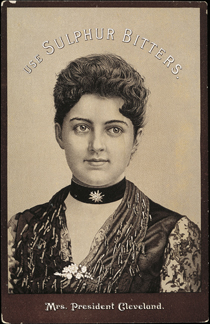 The public’s fascination with Frances Cleveland led to her image appearing on more photographs, souvenirs, and advertising paraphernalia than any other 19th-century first lady. 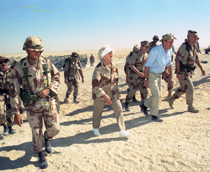 While a presidential administration may focus its attention on responding with appropriate action to a problem or crisis, the first lady is often its voice of comfort and empathy. First ladies have visited victims of illness, poverty, and natural disasters, bringing messages of hope and solace along with assurances of the administration’s support. In 1990, Barbara Bush joined the president in a visit to American troops stationed in Saudi Arabia, continuing a tradition of concern and care for the country’s servicemen that began with Martha Washington. 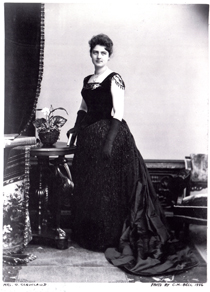 The public purchased photographs of Frances Cleveland like this one by C. M. Bell.Courtesy of Library of Congress

Occasionally a first lady becomes a star. When Frances Folsom married President Grover Cleveland in 1886, she became the youngest first lady in decades and a media sensation. The public could not get enough stories about Mrs. Cleveland’s activities, fashions, and, later, her children. Not until Jacqueline Kennedy entered the White House was there again such intense interest in a first lady.
‹ - Policy Advocate up Preparing for the Future ›