Between 1950 and 2000, wars, famines, natural disasters, and global economic and social upheaval resulted in the resettlement of millions of people to the United States. Like immigrants before them, they brought their own foods, flavors, and ideas about what and how to eat, causing major resettings of the American table. Anxious to feed their families and communities of fellow exiles, new immigrants opened small stores, cafes, and food carts wherever they lived. Eventually they expanded into mainstream markets and established more ambitious restaurants and stores both within and outside their communities.

Over the past four decades, millions of Americans developed a taste for the once-exotic food made by once-exotic people who were now neighbors. They started eating and shopping in Little Vietnam, Little Korea, and Little El Salvador, and experimented with new ingredients, mostly breads, spices, condiments, and grains.

Courtesy AP Images. See additional images below in the gallery. 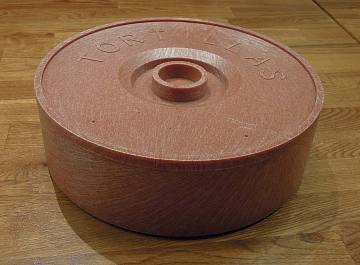 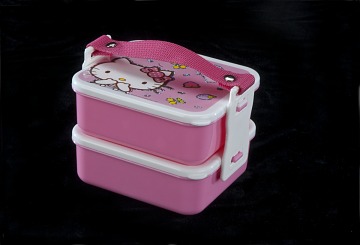 Once largely unknown in America, the Japanese partitioned container—bento box—is now used for meal service in many Japanese restaurants in the United States. It is also a popular alternative to traditional lunchboxes for American office workers and kids. 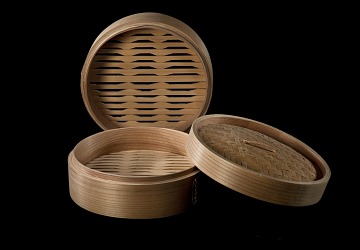 Cooking vegetables in bamboo steamers increased in the United States during the 1980s, in homes and in dumpling and noodle houses across the country.  Traditionally used in many regional cuisines of Southeast Asia, bamboo steamers were also promoted by health-food advocates as a more nutritious cooking method. Gift of Betty Jane (BJ) Boudreau. 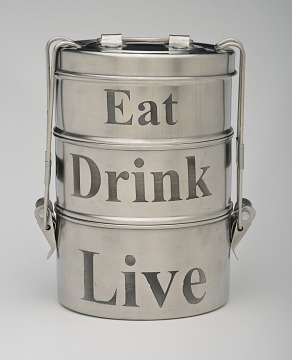 The standard two- or three-tier lunch pail common in India began showing up in America in the 1990s as a handy way of transporting lunch with several items. It is now a familiar sight in American workplace cafeterias.

‹ Resetting the Table up Backyard Cookout ›