Ya just never know what you will be offered at the National Museum of American History! 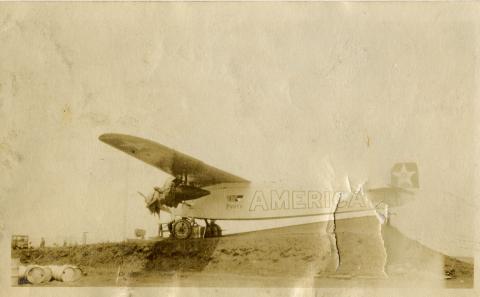 A few weeks ago, I accepted a small collection of snapshots that had views of an airport from the 1920s and 1930s. The back of one snapshot said it featured Charles Lindbergh, but I knew that wasn't quite right as his airplane is so very well known as the Spirit of St. Louis.

A bit of investigation revealed that these are snapshots of Admiral Richard Evelyn Byrd's airplane America. It seems that a young woman found herself and her camera at Roosevelt Field on Long Island around June 29, 1927, where she recorded the America, its famous explorer pilot, and possibly relief pilot Bertrand Acosta. Byrd is best known for his explorations of the North and South Poles, but he was also chasing the Orteig Prize that Charles Lindbergh ultimately won with his transatlantic flight in May 1927. 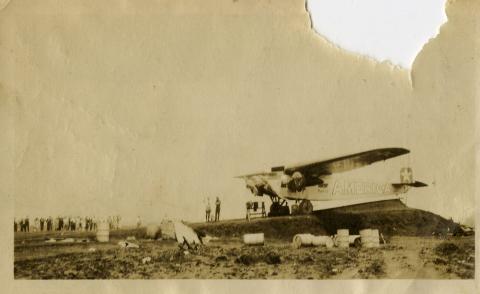 The snapshots that arrived on my desk seem to be from some time on or near the day that Byrd's America left to make its long, tough flight to Paris. Unlike Lucky Lindy, America, after making it to Paris only to find bad weather, would have to backtrack and end an arduous flight in a forced water landing off the coast of France, destroying the plane. Byrd, the two relief pilots, and the navigator easily survived.

Many may be wondering why these snapshots, so roughly removed from an album, are not at our sister museum, the National Air and Space Museum, whose emphasis is on aviation. However, there is quite a collection that can be found in several divisions of the museum.

The museum has a variety of objects representing Byrd's distinguished career as an American explorer. There are scientific instruments like sextants and magnetometers. There is cold weather gear from his time in Antarctica like jackets, outwear, and boot liners. From his time in the Pacific during World War II, there are pith helmets. His voice from broadcasts from Little America in Antarctica is captured on four Dictaphone cylinders. There are press prints widely distributed to newspapers. A 48-star flag reminds us that he embodies characteristics and feats that helped shape the country. Images like the illustration by Mrs. John T McCutheon offer an artist's interpretation that suggests the feelings that the country had about his disappointing flight to Paris. These snapshot add to the record beyond the objects directly associated with the celebrated explorer to suggest his relevance at the time. These photographs point out that everyday, ordinary citizens witness—and sometimes record—history. Then, almost a century later, these images land in the hands of historians who can turn around and share a moment of history with you. 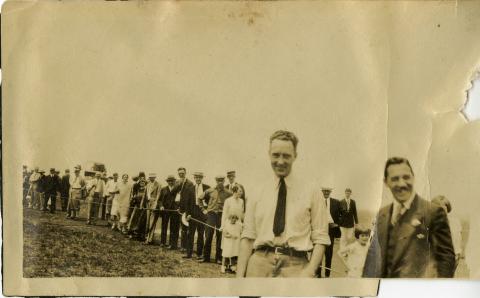 Curator Shannon Perich has also blogged about Alexander Gardner's "A Harvest of Death". 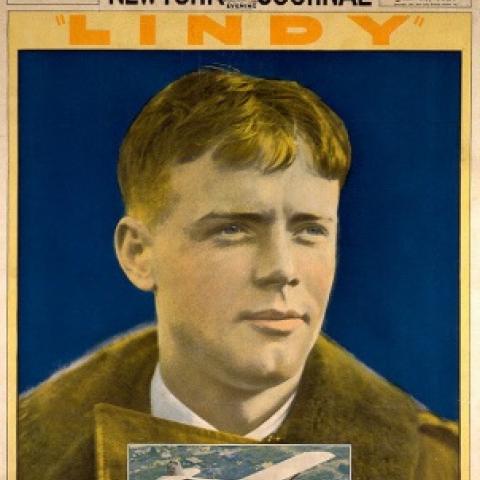 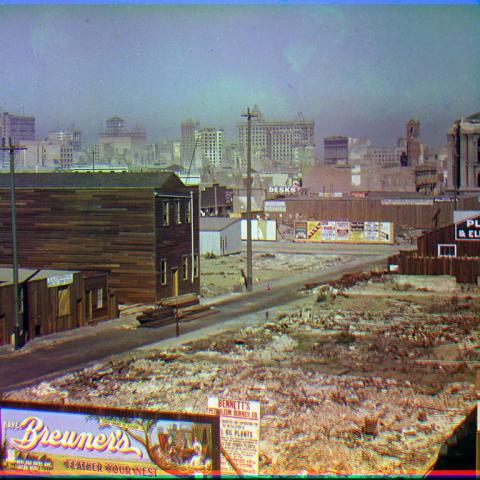