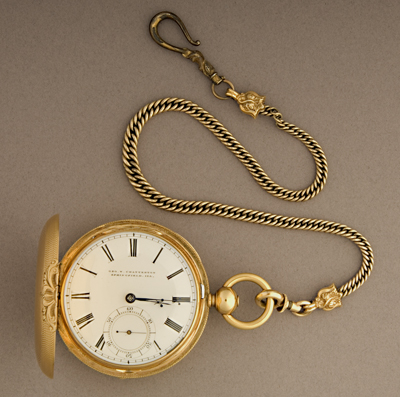 The news that on April 12, 1861, Confederate forces fired on Fort Sumter reached Washington just as watchmaker Jonathan Dillon was repairing Abraham Lincoln’s timepiece. Caught up in the moment, Dillon unscrewed the dial and engraved: “Jonathan Dillon April 13, 1861 Fort Sumpter [sic] was attacked by the rebels on the above date J Dillon April 13, 1861 Washington” and “thank God we have a government Jonth Dillon.” Other watchmakers’ markings also appear on the plate.

Lincoln never knew of the message he carried in his pocket. The inscription remained hidden behind the dial.

The unconfirmed story was known only within Dillon’s family … until now. After being contacted by Dillon’s great great-grandson, the Museum removed the dial on March 10, 2009, to reveal the watchmaker’s declaration. 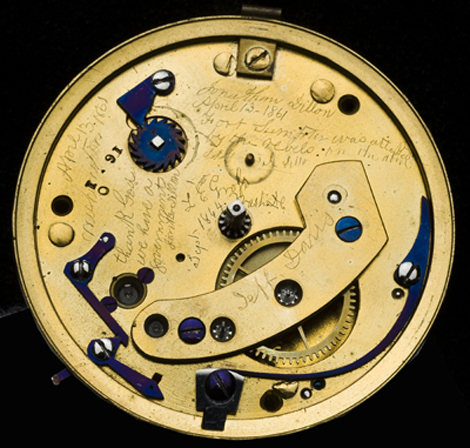